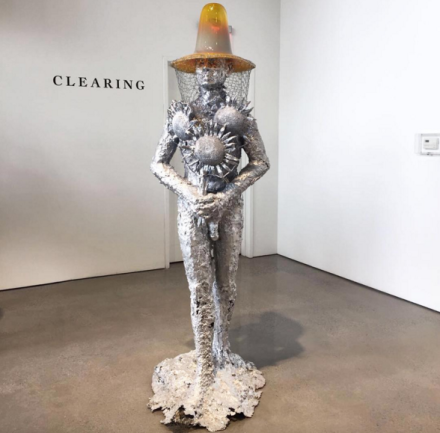 Over the past several years, the Independent NY art fair has grown by leaps and bounds into something of a legitimate contender for the prime attention and customers of Armory Week.  Its impressive curatorial focus, relaxed atmosphere and intuitive layout has earned it a reputation that fits well alongside its manageable scale, and relatively easy accessibility for interested visitors.  This year sees the fair doubling down on its best qualities as it moves downtown to Spring Studios on Varick in TriBeCa, a marked upgrade that brings the best of the fair’s previous iterations to bear on its increasingly competitive stature. 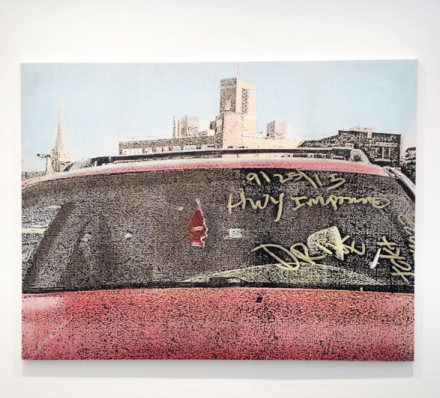 Laid out across several floors of the event center, the new location for the fair makes professional use of the massive, floor-to-ceiling windows, providing a natural lighting scheme that complements the works on view, and brings a welcoming air to the fair proceedings.  Much like its previous editions at the former Center 548 in Chelsea, exploration is welcomed, with visitors climbing from floor to floor on a multi-tiered exhibition plan that offers shifting views of the work, gallery booths and even the city outside. 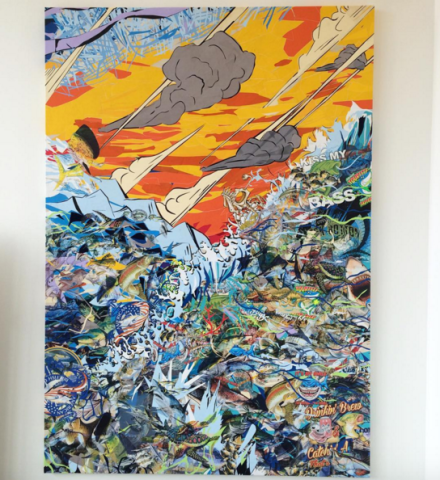 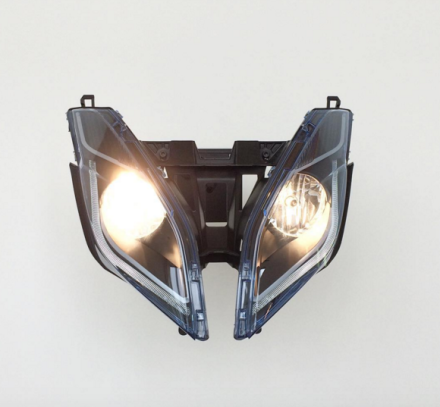 The exhibition is complemented by its strong gallery selection, drawing what seem to be an increased number of spaces that have avoided the Armory Show in favor of the Independent’s smaller scale.  Paula Cooper and Mitchell-Innes and Nash were prime examples, both taking advantage of sizable booths to show work by Liz Glynn and Pope.L, respectively.  In another space, Clearing Gallery had brought a series of lyrically figurative sculptures by Jean-Marie Appriou, spread across the floor of its corner booth, while Gavin Brown’s Enterprise had also utilized its space nearby quite well, spreading shreds of clothing and rags along the floor as part of a feverish installation by Karl Holmqvist.  Just around the corner, Maccarone presented a new series of pieces by Nate Lowman, spotty, deconstructed pieces that drew on photorealist tropes to create foggy impressions of urban scenes and ominous authoritative power.  Stuart Shave/Modern Art also brought an original booth, with a series of headlight assemblages by Yngve Holen, their dull glow complemented by a sneaking sense of anthropometry.  Dis Magazine had also brought their unique fusion of the post-digital and the innately human, showing a series of images at Project Native Informant that played on intersections of robotized behavior, identity politics and algorithm, perhaps best underscored by a single photograph in the corner.  Repeatedly traversed by a mechanical vacuum robot, the work’s quiet hum and strange surface made for one of the show’s enduringly strange pieces. 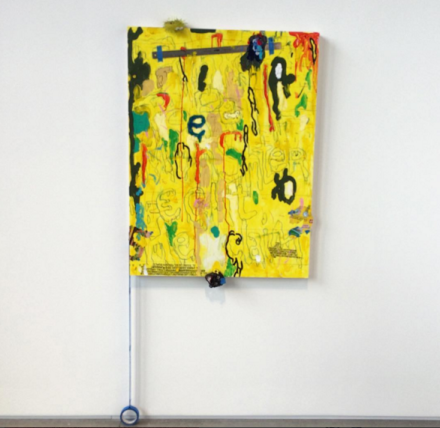 Pope.L at Mitchell-Innes and Nash, via Art Observed

Countering the newer works on view, a handful of galleries had turned towards the historical, offering points of reflection and inflection against the often bleeding-edge avant-gardism that has helped define the Independent’s scope.  the newly renamed (and recently bi-coastal) VENUS was showing a series of small Peter Saul compositions, from a dark, disturbing portrait of Reagan to a series of sketches and drawings, as well as several lush paintings, a selection that offered hints at the artist’s process in conjunction with his fully-realized forms.  Elsewhere, Office Baroque had compiled a series of daring, immense paintings by David Diao, which benefitted from its close proximity to the windows of Spring Studios, using the bright sunlight to accentuate its curving geometric inventions. 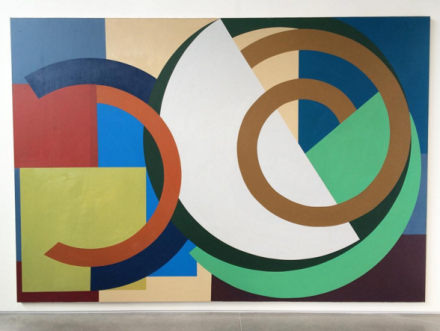 Peering out from a lofted space above the main floor of the fair, the curators had invited a selection of book stores and project spaces to show, including Karma, which had brought colorful paintings by Marina Adams, joined by a series of non-profit spaces, including White Columns and Artist’s Space. 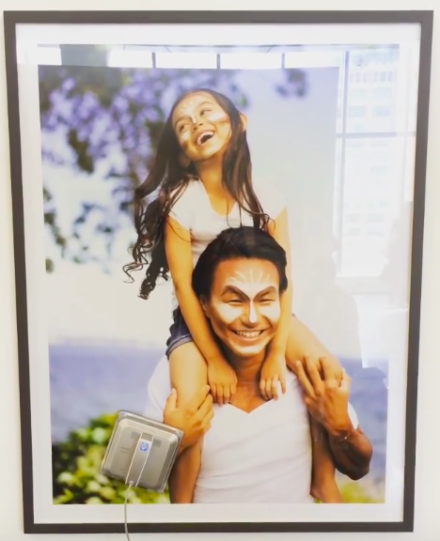 The variety and imagination of Independent has long set it apart as an essential event of Armory Week each year, combining a careful eye to detail with its exhibitors own adventurous practices.  Now, afforded additional space to spread its legs, the fair seems to have truly come into its own as a draw in its own right.

Independent NY is on view through March 6th. 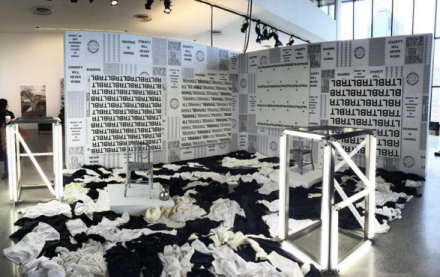 This entry was posted on Saturday, March 5th, 2016 at 3:28 pm and is filed under Art News, Featured Post, Show. You can follow any responses to this entry through the RSS 2.0 feed. You can leave a response, or trackback from your own site.