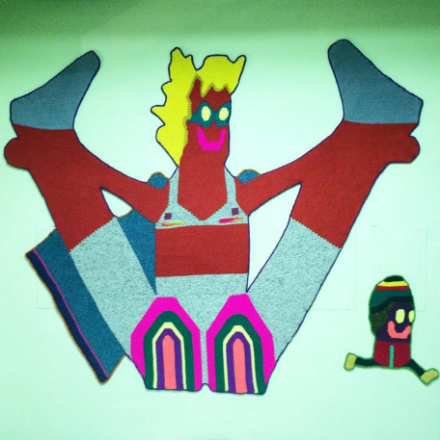 Situated above the 8th Avenue Post Office just outside of Chelsea and across the street from Madison Square Garden, the SPRING/BREAK Art Show easily takes the distinction of Armory Week’s most peculiar locale. Yet the hallways and offices of Moynihan Station make for an optimal site considering the event’s curator-focused, freewheeling vision and often unpredictable projects, a combination that has established SPRING/BREAK as one of Armory Week’s main events. 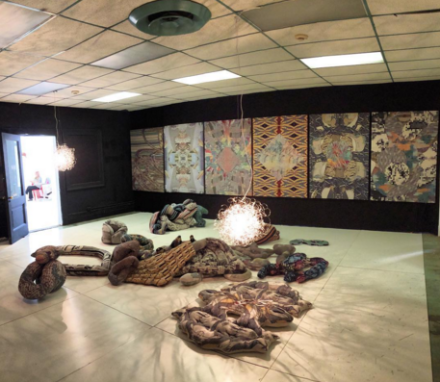 The fair’s playful reputation and emphasis on young artists and curators welcomed a striking intersection of styles and practices, yet one that seemed to frequently play on witty inversion or twists on the banal. In one room, Andrea McGinty was showing a humidifier bearing the words “Be Nice or Go Away,” while in another room, 4RL, curated by Nati Hyojin Kim and Kat JK Lee, presented a series of comical, digitally-focused cultural artifacts, including Da Great Gatsby, a reprinted copy of the F. Scott Fitzgerald classic where the text had been rendered almost unreadable by constant inflections of slang. 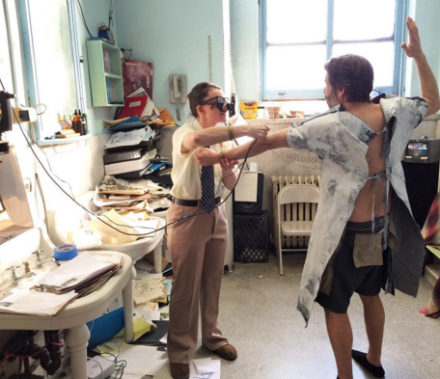 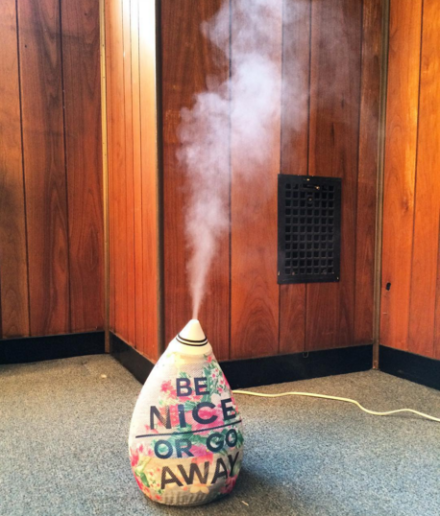 Even one of the fair’s largest co-signs, Christian Jankowski, seemed perfectly willing to get in on the show’s often irreverent practices. His piece, Crying for the March of Humanity, played on the emotive overacting for Spanish-language telenovas, recasting the characters from a popular program, but only allowing them to express themselves on-screen through crying, outbursts of grief or anger, or other exaggerations of gesture. The result is often hysterical, underscoring the already fraught emotional manipulation of television soaps with an amplification of its nonverbal expression. 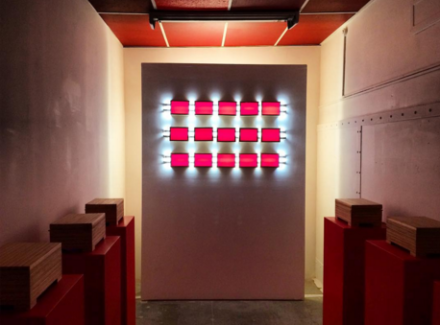 But for sheer performative flair, it was hard to beat Simon Lee and Eve Sussman‘s selection of the Dome Theatre group, who were performing the madcap L-Dopa on the 4th Floor. Performing multiple roles as both patients and therapists embracing speculative quasi-science and quack treatments for patients in a madcap, paper-strewn bathroom that doubled as their therapy space, the group’s work saw actors pacing back and forth, caressing and talking to plants, or offering visitors a chance to try one of their treatment booths, always walking a thin line between immensely entertaining, and unnervingly engaging, especially as the performance occasionally threatened to spill over into visitors’ personal space.

Christian Jankowski, Crying for the March of Humanity, via Art Observed

Other shows were equally willing to push the envelope in terms of viewer’s comfort levels, among them an exhibition put together by Myla Dalbesio, featuring work by a range of artists including Maggie Dunlap, Nicole Reber, Erin Ripley, and the collaborative duo of Ali Coates and Signe Pierce, whose work American Reflexxx has continued to garner online attention for its frightening depictions of gender violence.   Like much of the work on view, the act of sexualization, of sexual identity, is often posed as an act of stark force, combining media narratives and fraught gender relations into more delicate, troubled depictions of femininity. Charged with a sense of fraught sexual politics underlying simple formal elements, the exhibition was exceptionally challenging. 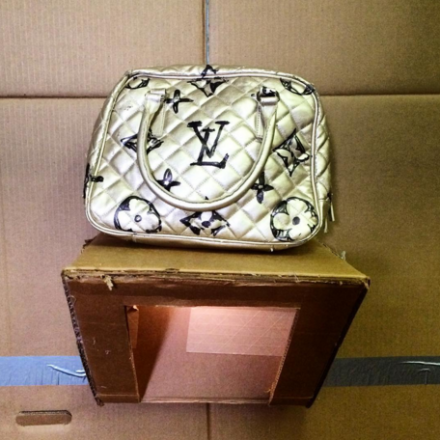 In one recessed room, Jacob Rhodes, the director of Field Projects, had put together an exhibition of textile pieces by Caroline Wells Chandler; bright cartoonish reinterpretations of the Greek myth of Hermaphroditis and Salmacis, pushing threads of transgender representation in the myth’s storyline, and welcoming threads of political agency into the work. In another space, artist Coke Wisdom O’Neal had taken another bent on nuanced variations of narrative with Speakerbox, an installation combining motion-sensing speakers and a gently glowing lighting system to create a space for the intersection of various personal stories and accounts of drug use and holy visions. Another dauntingly immersive installation came from Cate Giordano, whose Heavy Food placed the viewer in the midst of a fully realized diner environment, complete with roughshod customers and ceramic plates of food, mixing a strangely unbalanced atmosphere with a comically distended sense of the everyday. 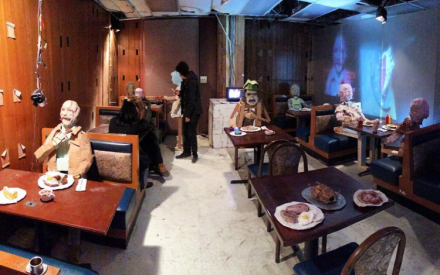 Given the size and scale of the proceedings around it, SPRING/BREAK has edged out an impressive niche for itself among the bustle of Armory Week, a space where exploration and adventurousness seem to win out over the sales-focused proceedings of its bigger sister fairs around New York. One can only hope that this sense of the unexpected continues to sit at the core of its mission, offering a refreshing respite from the all too familiar fair fatigue of the week.

This entry was posted on Saturday, March 5th, 2016 at 3:08 pm and is filed under Art News, Featured Post, Show. You can follow any responses to this entry through the RSS 2.0 feed. You can leave a response, or trackback from your own site.