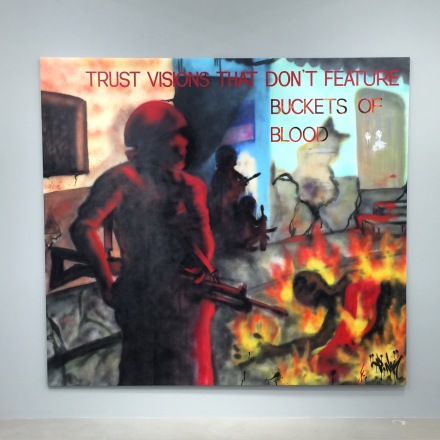 Taking its own unique turn on the group exhibition, Sprüth Magers is currently showing a powerful two-floor exhibition devoted to the female artists on its roster, examining their shared interests in political and institutional critique, and explorations of the art object’s role in relation to the gallery.  Culling together a series of seminal works from Cindy Sherman, Jenny Holzer, Barbara Kruger, Louise Lawler and Rosemarie Trockel, the exhibition is a well-executed work of its in, ultimately welcoming unforeseen material and political connections among this group of artists. 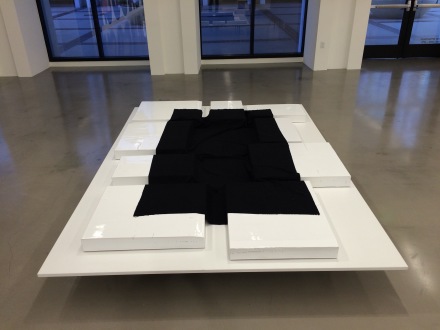 Rosemarie Trockel, Landscapian shroud of my mother (2008), via Art Observed

The exhibition runs through a broad series of works, from attentive selections of Sherman’s photographs exploring both violence and sexuality, to several of Lawler’s manipulated gallery images, on to Trockel’s peculiar sculptural elements, each time examining connections in form and function, concept and context.  In one corner, a series of Sherman’s images depicting violent crime are constantly in exchange with a scrolling Holzer LED piece, catching the light and reflecting it as if the work was soaked in the flashing reds and blues of a police light, providing a fitting and poetic collision of images. 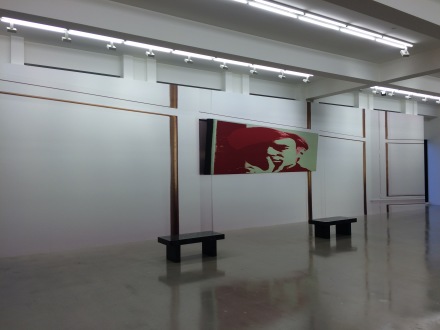 Particular interest in the show is given to space itself, utilizing the gallery as a conveyance medium for outside information and political arguments, and equally as an exploration of space itself.  Barbara Kruger and Louise Lawler, both expressly interested in the role of the gallery in its connections with capitalism and the construction of the viewer’s interaction with the work, here take on new properties in connection with the work of Rosemarie Trockel, whose pieces often appear as art objects emptied of any immediate visual cues or signifiers.  The presence of Trockel’s work subtly repositions the perception of Lawler and Kruger’s operations as an exploration of space itself, turning the traditionally blank wall into an equally flat-plane, yet one where the visual information contained functions as much as architecture as it does a source of aesthetic value. 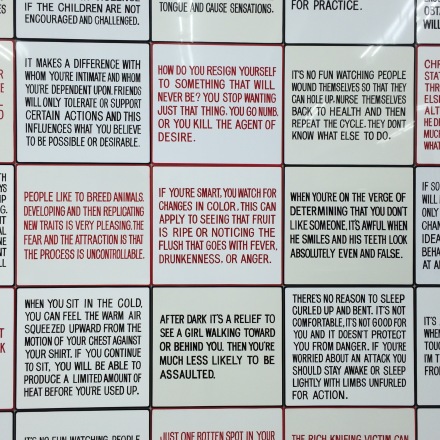 Posed together, much of later-era conceptualism and early institutional critique’s problems and interests are presented as a rather clear emphasis on the evacuation of the object itself as a political agent, and a renewed emphasis on space itself, on the site of the work, as a more primary focal point for operation.  When this point is examined through the rest of the show, comparing Holzer’s scrolling texts with Sherman’s images, or her bench works with Trockel’s own confounding, quasi-utilitarian structures, for instance, the core of the era’s strongest and most vocal feminist work can be seen quite clearly, utilizing the art object as a conveying force for the artist’s message rather than posing it as a series of aesthetic problems to solve, materializes.  It’s a fitting point, considering much of the work’s genesis in the era immediately proceeding McLuhan’s early writing, an era where these artists labored to reshape the messages and meanings carried by their respective media. 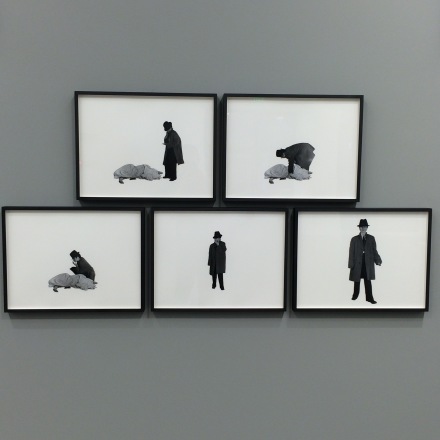 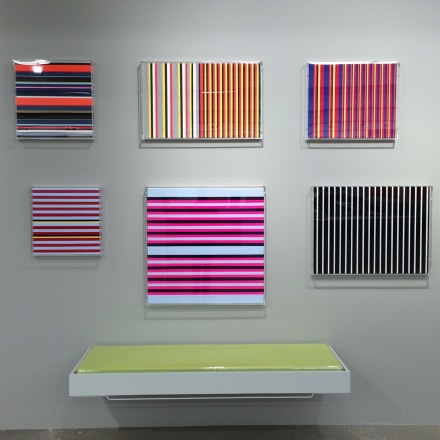 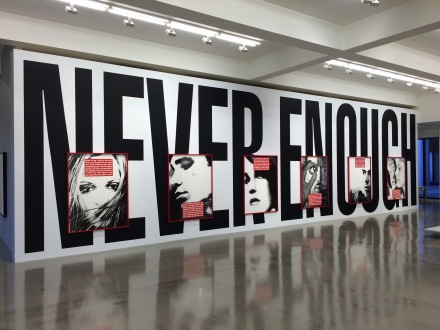 This entry was posted on Thursday, August 18th, 2016 at 8:20 pm and is filed under Art News, Featured Post, Show. You can follow any responses to this entry through the RSS 2.0 feed. You can leave a response, or trackback from your own site.