Marking the final night of auctions before the market’s slow summer months, Phillips Auctions in London capped a buoyant sale that served as an emphatic close to two weeks of sales in the British capital.  Moving gradually through a 31-lot sale with slow, steady bidding, many works hung on the auction block for some time, coaxed up to estimate or beyond, with only 3 works going unsold, ultimately bringing the evening to a close on a figure of £24,373,000.

The sale opened with a Thomas Schütte work from 1995, a piece which shot quickly to its estimate and sold, bringing a final price of £389,000, followed by a Wolfgang Tillmans piece from the artist’s recently popular Freischwimmer series, which blew past estimate to reach a new auction record for the artist at £605,000.  The sale cracked the £1 million threshold two lots later, as a Keith Haring enamel on sheet metal nearly doubled estimate on strong bidding to a final of £2,333,000, followed by a Rudolf Stingel piece that underperformed, selling at low estimate for £1,565,000, and a Gerhard Richter piece that met estimate easily for £2,389,000. 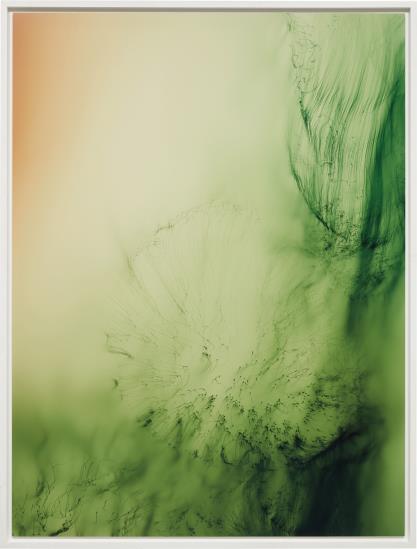 The sale threatened to lose momentum at lot 12, when a Mark Bradford stalled below estimate, but an intrepid phone bidder kicked the lot back into motion, and bids took the work the rest of the way to a final of £2,277,000, within estimate.  The sale continued through its progression with an Albert Oehlen computer painting, swirling with bands of color, which finished at £2,165,000, and an iconic Pistoletto mirrored piece, which came to a final of £1,325,000 before a César work was the first pass of the evening.  A Joe Bradley also passed at lot 29, bringing the sale to its conclusion.

The sale is the last for London’s auction week, closing out the first half of 2017 with results that hint at an increasingly strong secondary market after a year of uncertainty and volatility, and a perceived sense increased stability of the past week’s sales should promise an interesting fall market season when sales re-commence.

This entry was posted on Thursday, June 29th, 2017 at 7:18 pm and is filed under AO On Site, Art News, Auction Results, Featured Post. You can follow any responses to this entry through the RSS 2.0 feed. You can leave a response, or trackback from your own site.