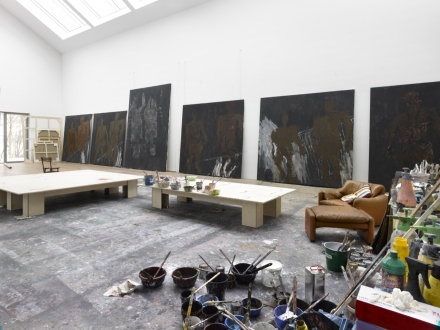 On now through the first of July, Galerie Thaddaeus Ropac is presenting a body of new works by German artist Georg Baselitz in its spacious Paris Pantin exhibition galleries.  The show, titled Descente, brings together a set of new paintings and works on paper that concern the concept of aging and that of the “late work” in the career and life of an artist. 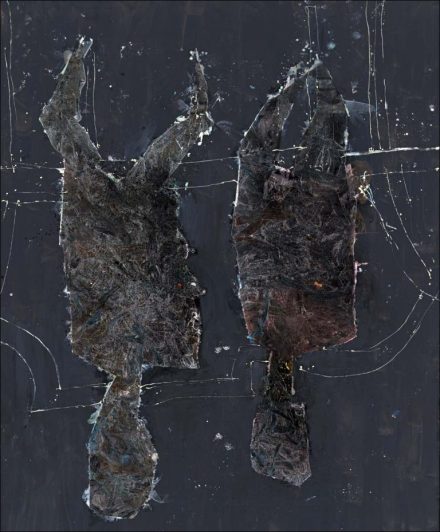 Descente comprises five groups of works, stylistically linked to Baselitz’s self-portraits in the Avignon series.  The series, shown at the 2015 Venice Biennale, was inspired by and constructed with reference to the decision of the city of Avignon to reject the donation of a series of late works by Picasso.  As Baselitz states, “I have been looking at Picasso’s late works. Avignon. […] At the time Picasso had reached his lowest point. Nobody wanted these later paintings. Arman and Christo did their thing in Paris whereas Picasso was absent. If you’re getting old you keep asking yourself: Am I still part of it, or are the others already ahead of me?”  In 2017, one year before his 80th birthday, these themes are particularly relevant to the artist, and make up a striking body of work through a range of inquiries into the subject. 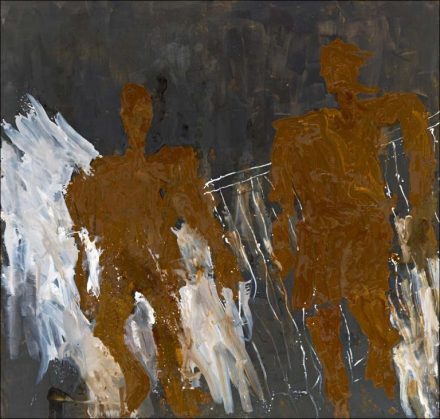 The different groups of works in this exhibition are inspired by a conversation between artworks and artists such as Marcel Duchamp’s Nude Descending a Staircase (1912) and Otto Dix’s De Eltern des Künstlers (The Artist’s Parents) (1924).  When asked about this working style, the artist described a sort of collaboration he stages with the works and figures that he admires.  His interest in the inspiration and moments of reiteration, trading between the past and the present, comes across in the artist’s contemporary approach to unsolvable historical questions. The presence of Duchamp and Picasso, for example, in these works does nothing to take away from the intimacy they contain, not to mention each artist’s respective capabilities or stylistic inclinations. 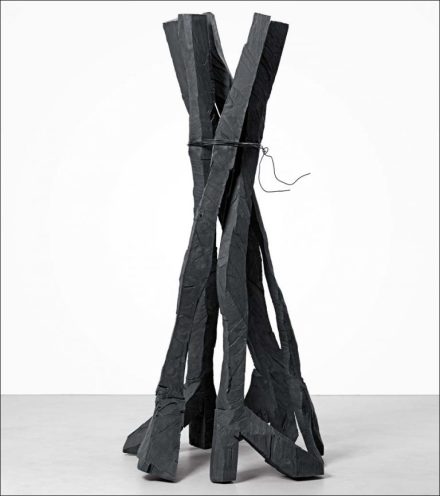 In these new works, Baselitz touches upon his childhood and youth in Dresden, his artistic beginnings, his wife Elke, and himself, radically reinventing his own painting process.  First, he creates a high-contrast image in two layers, and then uses a spatula to apply a mass of white, impasto oil-paint, creating a relief effect through its thick layers.  In this white space, he creates drawings.  Baselitz’s new work suggests the relationship between revelation and concealment, working with material and conceptual layers to explore the relationship between the artist and the passage of time.

This entry was posted on Wednesday, June 21st, 2017 at 12:29 pm and is filed under Art News, Featured Post, Show. You can follow any responses to this entry through the RSS 2.0 feed. You can leave a response, or trackback from your own site.