AO On-Site – Venice: “All the World’s Futures” at the Giardini in Venice Through November 22nd, 2015 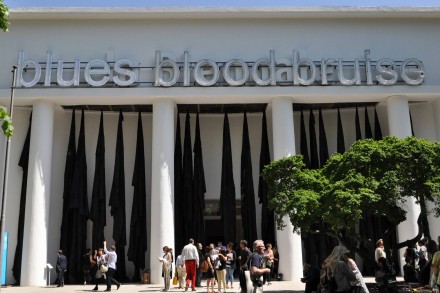 At the entrance to the Biennale’s Central Pavilion, via Sophie Kitching for Art Observed

The Central Pavilion in Venice’s Giardini is the second site for All the World’s Futures, the main curatorial project around which the Biennale centers itself.  Featuring another series of artists spread out inside the exhibition space’s remarkable white facade, the exhibition continues its investigation of debris and late capitalism through a more playful, yet equally critical set of works from its counterpart at the Arsenale. 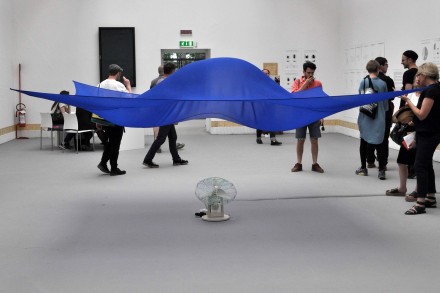 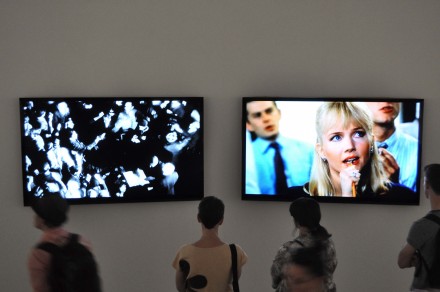 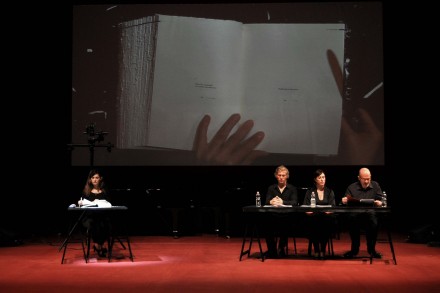 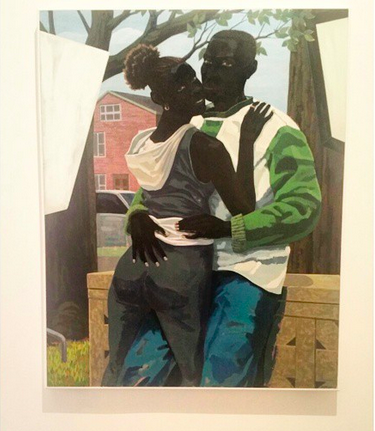 Entering the space, visitors are first encountered by a series of large-scale text works by Glenn Ligon, hung over the Pavilion entrance and continuing his work investigating the textual variants of musician Steve Reich’s classic tape-based composition Come Out.  Reading Blues, Blood, Bruise in immensely-scaled letters that cover over the Biennale’s logo, the work turns the exhibition’s facade into a statement on police violence, writ large. 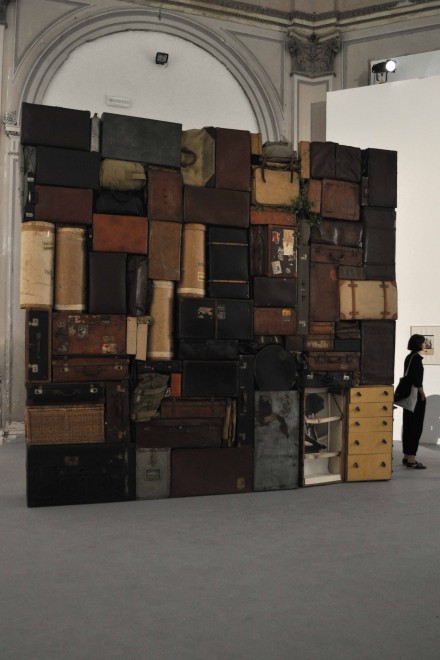 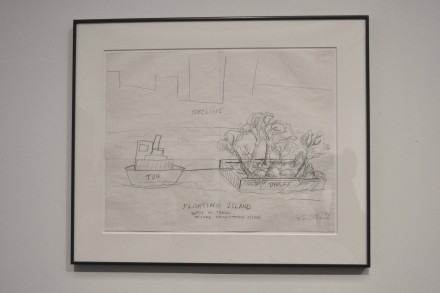 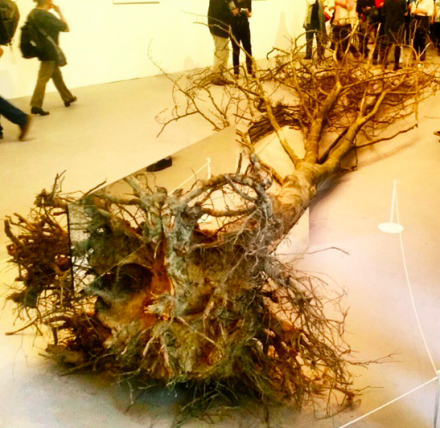 Inside, works playing on compartmentalization, space, and the mass-produced aesthetics of commodity capitalism were out in force, from a subtly critical Tetsuya Ishida painting depicting a youth being tucked awaty, piece by piece into consumer packaging at his funeral, to a series of photographs by Andreas Gursky, depicting the landscapes of American capital (including a lonely looking Toys ‘R Us and the crowded floor of the Chicago Board of Trade).  In a play on the compartmentalization and interiority of the exhibition space, Thomas Hirschhorn had seemingly destroyed the ceiling of the Central Pavilion, allowing papers and debris to come streaming down from the gaping hole above. 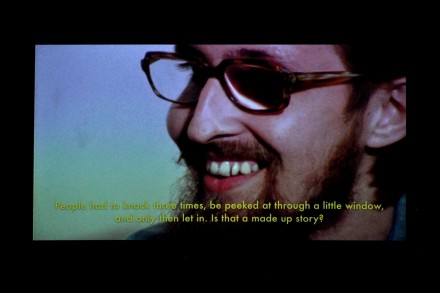 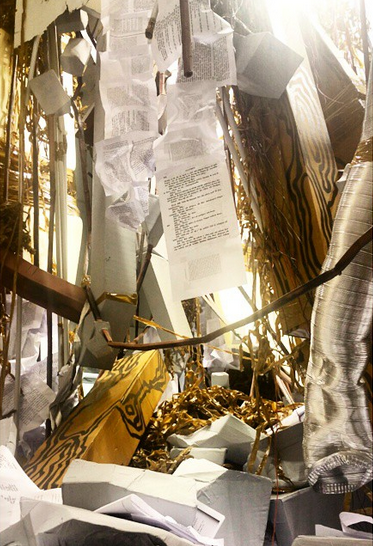 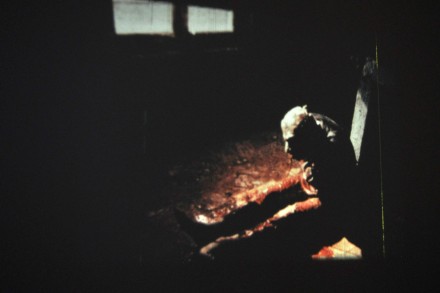 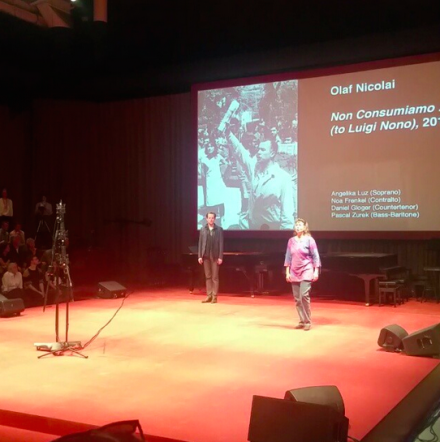 British artist Jeremy Deller was also on hand at the Giardini, showing a series of works that continued his witty inversions of capitalist and class-driven dynamics.  A sizable banner, bearing the text “Hello, today you have day off” hung from the ceiling near one of the Central Pavilion entranceways, playing off the industrial soundscapes of his other work in the exhibition, Five in the morning, Joan O’ Grinfield, Just What We’d All Like To See 1843-1873, a single, diminutive jukebox filled with recordings of factories and industrial noise.  The result, a cunning juxtaposition of leisure and labor, made good on the spectre of Marx that hangs over Okwui Enwezor’s Biennale, particularly the political economist’s understanding of leisure as a direct counter-necessity to exploitation in industrial capital. 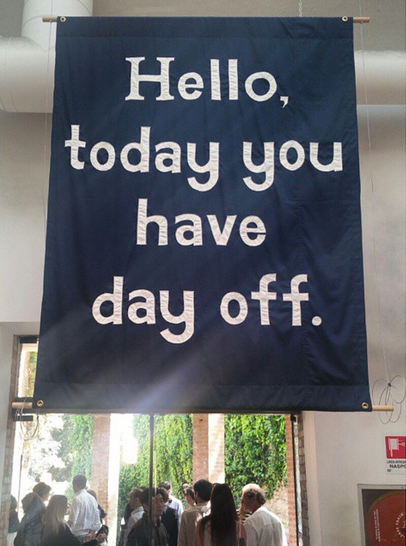 A Banner by Jeremy Deller, via Art Observed 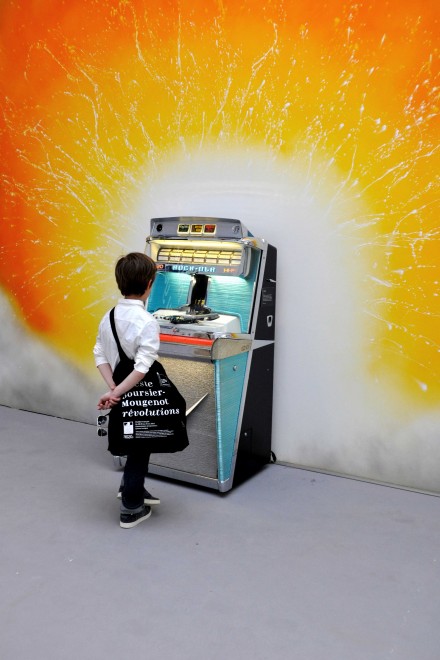 In another corner, Christian Boltanski’s L’Homme qui Tousse was shaking up visitors, depicting a masked character retching and bleeding in a disturbing spectacle.  Also of note was Hans Haacke’s Blue Sail, an installation featuring a blue canvas held aloft and blowing by a standard house fan, while forcing viewers to accommodate its imposing support strings.  The preview also included a performance of artist Olaf Nicolai’s Non Consumiamo…, a performance tribute to composer Luigi Nono, who in turn drew his inspiration from the 1960’s student protests in Paris.

The Giardini and Arsenale will remain open to the public through November 22nd.  Check back later this week for more coverage from Venice. 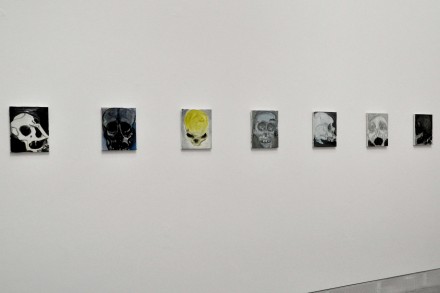 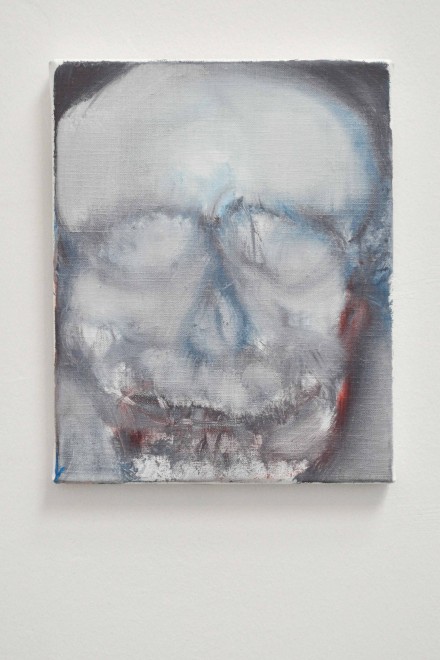 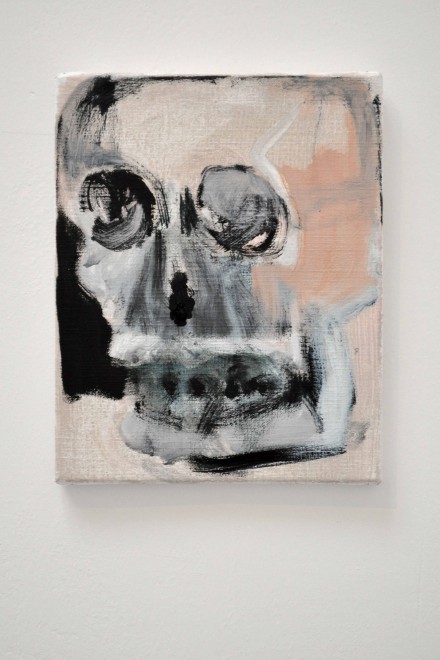 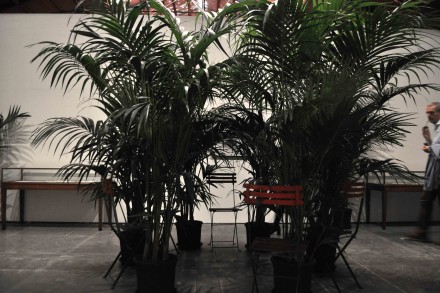 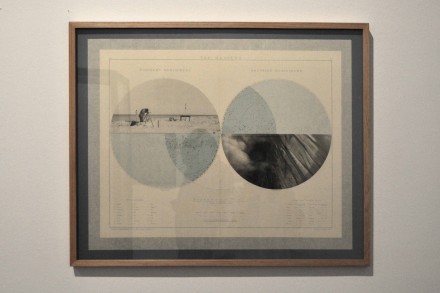 Elena Damiani, from the series The Victory Atlas, 2012-2013, via Sophie Kitching for Art Observed 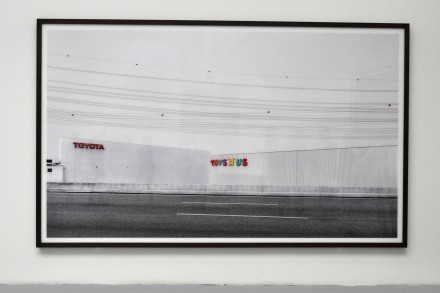 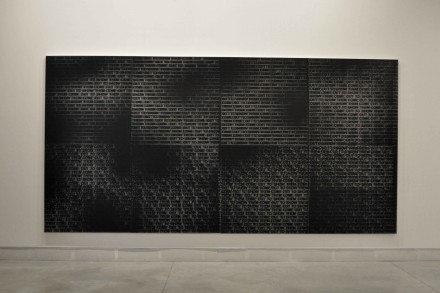 Glenn Ligon, Come out (2015),  via Sophie Kitching for Art Observed 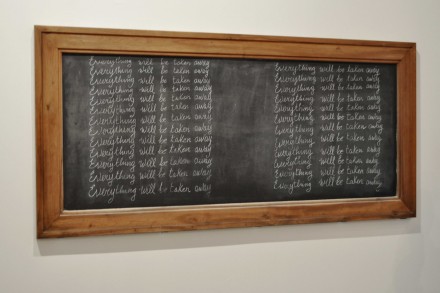 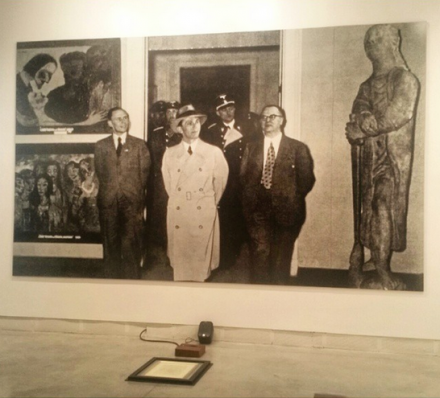 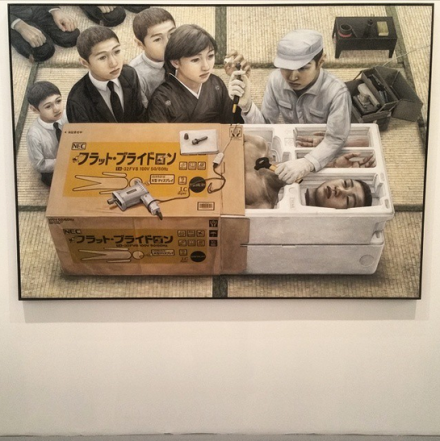 This entry was posted on Saturday, May 9th, 2015 at 8:55 am and is filed under AO On Site, Art News, Featured Post, Show. You can follow any responses to this entry through the RSS 2.0 feed. You can leave a response, or trackback from your own site.