New York – Kara Walker: “Sikkema Jenkins and Co. is Compelled to present The most Astounding and Important Painting show of the fall Art Show viewing season!” at Sikkema Jenkins Through October 14th, 2017 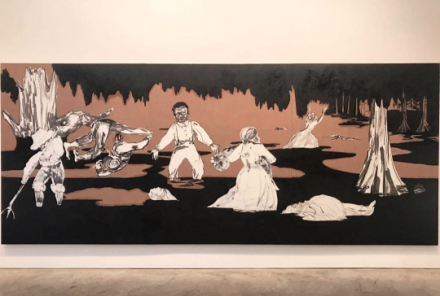 “How many ways can a person say racism is the real bread and butter of our American mythology, and in how many ways will the racists among our countrymen act out their Turner Diaries race war fantasy combination Nazi Germany and Antebellum South…” poses Kara Walker in the statement for her current exhibition at Sikkema Jenkins.  The artist’s work, returning to the gallery after a lengthy absence, is presented at the height of its power and intensity, here focusing on the repeating narratives and cycles of violence against the black body that have plagued the United States since its birth. 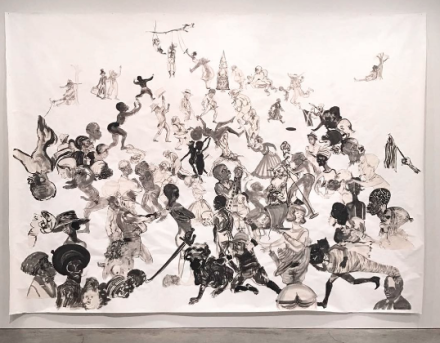 In the wake of the Black Lives Matter protests and the seemingly endless string of police killings of unarmed black men in the past several years, the discourse over racial politics and systemic racism has rarely been so acutely present in the national dialogue, and Walker’s works, here mining the brutal histories of violence during slavery, reconstruction and the civil rights movements, on into the present era, is well-placed to address the current situation. Her rage is distinct throughout the show, embellishing her past work’s often clinical withdrawal from the details and depiction of the human body beyond its outline with vivid energies; faces contorted with rage, bodies twisted in pain and scenes swirling in violent action. While past work offered a visual cue to the physical oppression and psychological subjugation of slavery, here Walker puts a face to the name, and turns the intensity in her work up exponentially. 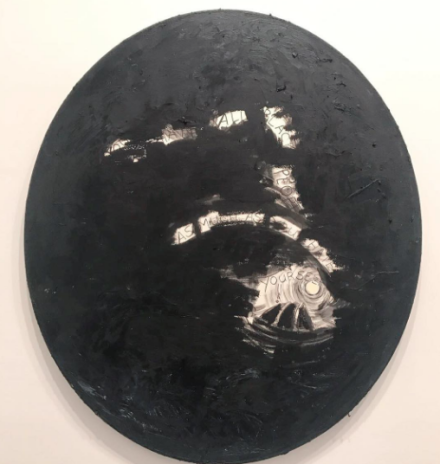 Kara Walker, Storm Ryder (You Must Hate Black People as Much as You Hate Yourself) (2017), via Art Observed

The works are informed by an impressive sense of balance and color, as Walker’s expansion on her familiar themes and approaches to the canvas take on more complex forms.  The (Private) Memorial Garden of Grandison Harris, for instance, places only a few small figures against a mass of black and brown background, lending the violent scenes and their historical constructs as a vitally prominent part of the image. Another piece, The Pool Party of Sardanapalus (after Delacroix, Kienholz), suspends twisting bodies and figures from a range of historical milieu’s, blending symbols and periods until only the unifying motifs of bloody violence are left to remain. 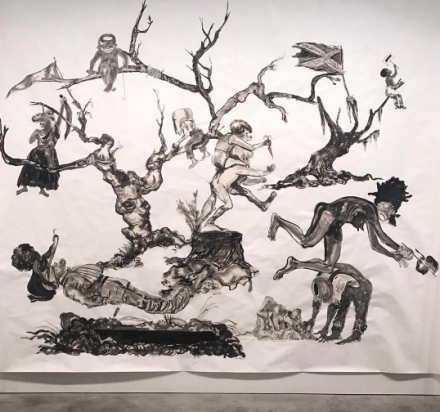 There’s been much talk of the artist’s work in this show in relation to her past installation commission for Creative Time, the iconic sphinx work that found its way into countless selfies that summer.  Here, Walker seems intent on making sure the deeper historical narratives of her work cannot be erased based on a well-placed photo angle.  Walker’s work here is a demanding, confrontational engagement with the nation’s history of enslavement and white supremacy.  The one might want to look away is part of her point. 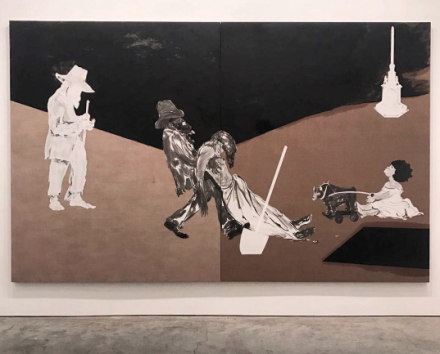 This entry was posted on Saturday, October 14th, 2017 at 1:35 pm and is filed under Art News, Featured Post, Show. You can follow any responses to this entry through the RSS 2.0 feed. You can leave a response, or trackback from your own site.