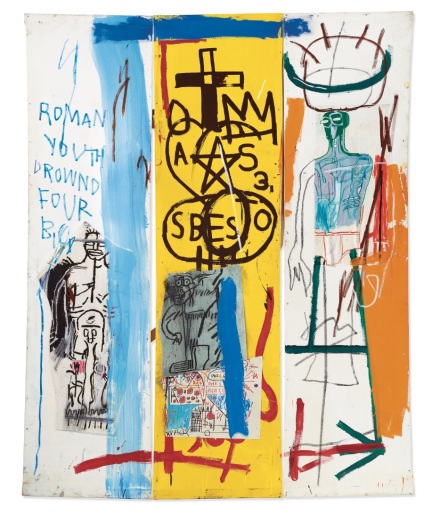 Capping off a week of auctions amid the hustle and bustle of London’s Frieze Week, Christie’s capped off a procedural auction in the British capital tonight, selling 41 of 46 lots to reach a final total of £64,507,125, a mark that seemed notably underwhelming after a string of works sold under estimate or near its low bound. A last note before the auctions in New York next month, the sale seemed to hint at more instability further down in the market, especially as the Britain’s exit from the E.U. grows increasingly confused, and increasingly perilous.

The sale kicked off with a Robert Mangold work that managed to double estimate at £731,250, as did a Carl Andre square that hit a final price of £2,411,250, while a work by painter Bob Law managed to set a new auction record at £81,250. This was followed by the first of the evening’s stronger highlights, a Gerhard Richter piece that finished at £3,131,250, as well as a Sigmar Polke work that sold at low estimate to a final of £5,654,250. Another Richter piece also performed to expectations a few lots later, hammering to a final of ££7,016,250. 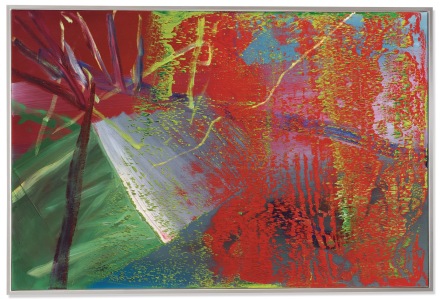 There was little in the way of fireworks for the evening’s outing, as works seemed to move steadily and with little fanfare to the auction block and off, each selling at or around estimate. One of the sale’s highlights, a Jean-Michel Basquiat, finished at £8,605,250, within estimate, while works by Joan Mitchell and Pierre Soulages met their estimates to sell at £3,371,250 and £5,484,000, respectively. Artist Thomas Bayrle was a rare exception, as the artist capitalized on an recent touring exhibition to set a new world auction record at £237,500. Another late, strong sale came from Damien Hirst’s series of polka dotted pieces, bringing a final price of £1,091,250.

All told, the auctions this week seem to paint a picture of a market holding its pace, hanging on to the current status quo, or, by some readings, perhaps just holding its breath for the fallout of Brexit.

This entry was posted on Friday, October 4th, 2019 at 5:18 pm and is filed under Art News, Auction Results, Featured Post. You can follow any responses to this entry through the RSS 2.0 feed. You can leave a response, or trackback from your own site.