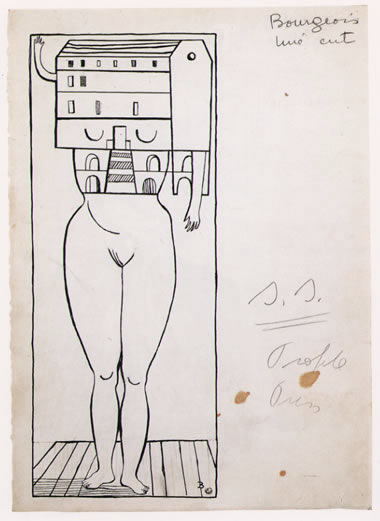 Auction giant Christie’s has released it’s results for Monday’s Post-War & Contemporary sale. Any doubts for art sales this fall injected into our minds by the failing credit markets were comforted by this auction for sure. 254 out of 333 lots were sold, totaling $12,356,950. Thanks to the buyers, four artists can claim a new world auction record, including Louise Nevelson, Alice Neel, Norman Bluhm, and Louise Bourgeois.

Surprisingly, Jean-Michel Basquiat‘s “Untitled” piece from 1982 went to a private buyer for under the low estimate of $1.2 million for $1.16 million. Although an exhibit of Basquiat’s drawings drew in thousands of viewers at Van de Weghe gallery this past spring, is this undersale a signal that the Basquiat wave is leveling?

Christie’s had set an estimate of $12.6 million total for the sale, which they came close to but couldn’t seem to surpass. Collectors were apparently hesitant to pay the already high-estimated prices on younger, lesser-known artists and the last 25% or so of the lots couldn’t find homes. Regardless, given all the speculation regarding sales difficulties this season due to the troubles with the financial markets, $12.3 million isn’t bad.

This entry was posted on Wednesday, September 12th, 2007 at 11:06 am and is filed under Art News. You can follow any responses to this entry through the RSS 2.0 feed. You can leave a response, or trackback from your own site.