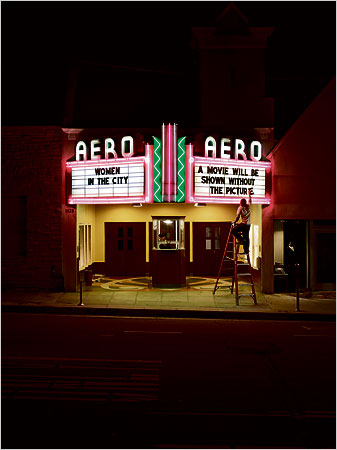 “Women in the City” via The New York Times

Starting February 9, Emi Fontana’s lastest show takes art out of the galleries and into the city, displaying the breakthrough work of female artists including Jenny Holzer, Barbara Kruger, Louise Lawler and Cindy Sherman in more than fifty public locations throughout Los Angeles. 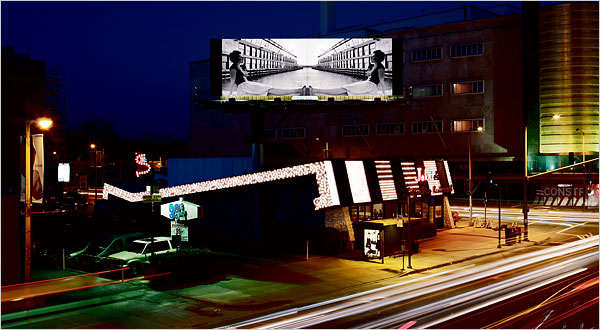 “Women in the City” via The New York Times

These artists boldly question the representation of women in contemporary society from billboards, theatres, and posters stylized after popular advertising and movies. This cultural event (we believe “exhibit” would be a misnomer for such a big production) marks the debut of West of Rome, Fontana’s nonprofit arts organization.

Sears Finds Its Core Value; The retailer, which a decade ago made an ill-fated attempt to create a “financial services supermarket,” peeled off its parts to revitalize its department store heart. It worked, not just for Sears, but for the businesses it spun off.

The Washington Post October 20, 1996 | Martha M. Hamilton Sears is back to basics, and with the company’s sales and stock price climbing, basics are looking pretty good.

One of the nation’s oldest retailers, Sears, Roebuck and Co. survived an identity crisis created during the 1980s when it aspired to conglomerate itself into a “financial services supermarket” where customers could shop for stocks, real estate and insurance as well as tools and toasters.

This entry was posted on Tuesday, January 29th, 2008 at 10:05 am and is filed under Art News. You can follow any responses to this entry through the RSS 2.0 feed. You can leave a response, or trackback from your own site.