Gagosian Gallery in Los Angeles features the new exhibition of Anselm Kiefer in two parts from March 29 until April 26. It will be his first exhibition in Los Angeles in more than a decade. The Beverly Hills gallery will present recent paintings, sculptures, and innovative photo-collages.

Myths and metaphors, from the Old and New Testaments to the Kabbalah, from ancient Roman history to the “poetry of Ingeborg Bachmann” are often represented in his works.

Anselm Kiefer was born in Germany during the last year of World War II. The artist studied art and began painting after studying law. Recent retrospective exhibitions include the Modern Art Museum, Fort Worth (2005). In 2007, the Guggenheim Museum Bilbao presented an extensive survey of his recent work. Recently, he became the first living artist to have a permanent installation at the Louvre since Georges Braque in 1953. The artist lives and works in France. 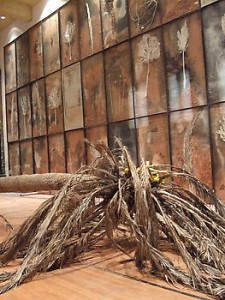 This entry was posted on Friday, April 11th, 2008 at 6:10 pm and is filed under Art News. You can follow any responses to this entry through the RSS 2.0 feed. You can leave a response, or trackback from your own site.