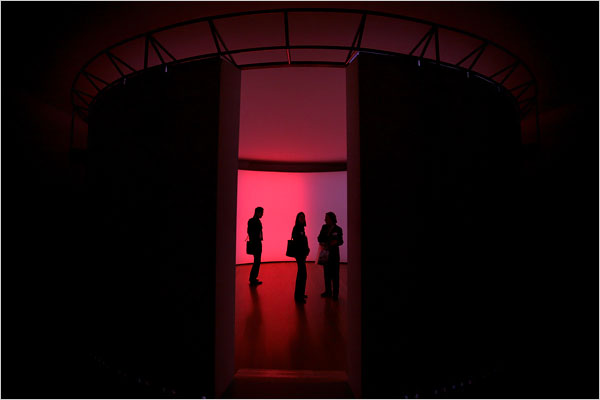 Take Your Time at MoMA via NY Times

This weekend, the much- anticipated Olafur Eliasson exhibition, “Take Your Time,” opened in New York at both the Museum of Modern Art and its contemporary art outpost in Queens, P.S.1. The comprehensive survey of Eliasson’s work — his first retrospective in the United States– features sculpture, photographs, and installations described as “immersive environments.” The artist has also teamed up with the Public Art Fund to construct waterfalls that will be seen in the East River this summer.

The show features projections of light, mirrors, and elements such as water to create Eliasson’s installations. Another key element to the work, as the title of the exhibition alludes to, is time. At MoMA, rooms are set up so that the viewer experience changes as time passes.

360 Degree Room for All Colors at MoMA via Bloomberg 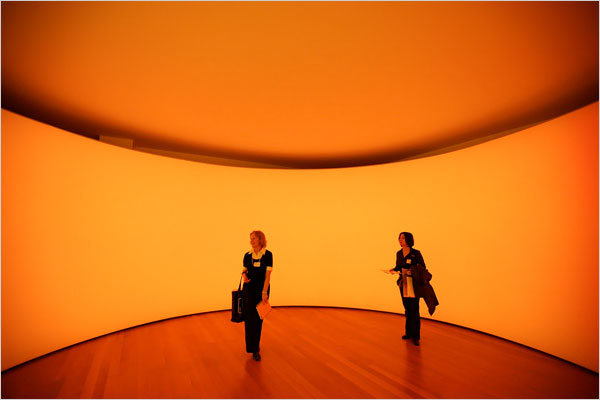 360˚ Room For All Colors via NY Times 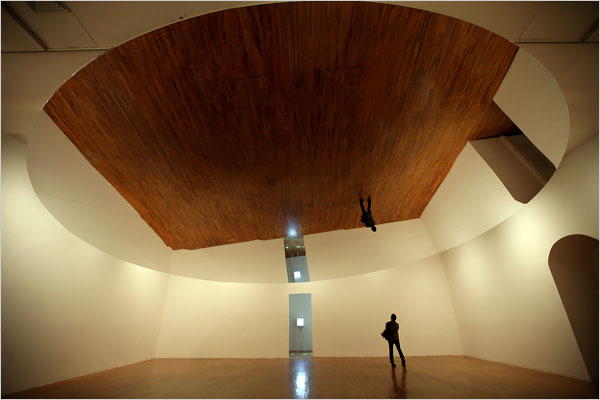 The 38 works in the exhibition include 14 which were shown at the Museum of Modern Art in San Francisco (where the show originated), and an additional 24, 6 of which were created specifically for this exhibition.

Eliasson was born in 1967 in Iceland. His work inspired by nature, and places the viewer’s experience at a premium, using lighting, water and other materials to create spaces and effects. Before this exhibition, he was perhaps best-known for bringing the illusion sun and fog to the Tate Modern in London. This entry was posted on Monday, April 21st, 2008 at 1:58 pm and is filed under Art News. You can follow any responses to this entry through the RSS 2.0 feed. You can leave a response, or trackback from your own site.