May 10th, 2022
REFERENCE LIBRARY
Home » GO SEE: Jeff Koons at the Museum of Contemporary Art of Chicago, through September 21

GO SEE: Jeff Koons at the Museum of Contemporary Art of Chicago, through September 21 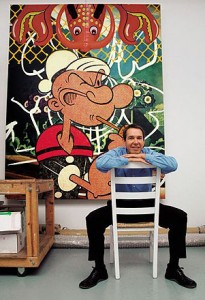 The Museum of Contemporary Art of Chicago presents a collection of retrospective work of the influential contemporary artist Jeff Koons, through September 21st.  This is his first major U.S. exhibit in 15 years which contains 60 paintings and sculptures of his most iconic work, including many of his recent works. 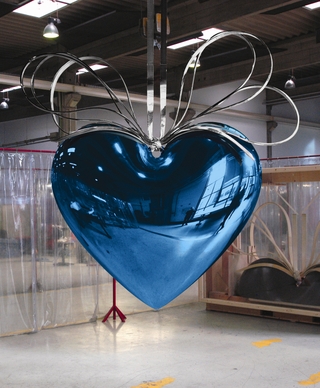 Chicago is the currently the only stop for Koons’s retrospective.  Jeff Koons worked closely with the MCA in the selection process of his works.  His Hanging Heart (Blue/Silver) hangs in the atrium ceiling serving as a center piece of the exhibition. 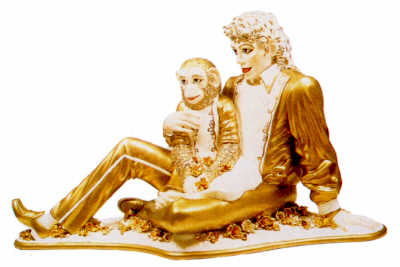 Koons, Michael Jackson and Bubbles (1988), via The Work of Art

Other iconic works shown there are Rabbit, Michael Jackson and Bubbles, Balloon Dog (Orange), and Triple Hulk.  Different series from his career are also on display.  The series, “Pre-New” and “New” draw upon American society’s desire for new consumer products.

The series “Equilibrium” stated by Koons, “The show was about equilibrium, and the ads defined personal and social equilibrium. There is also the deception of people acting as if they have accomplished their goals and they haven’t. So the underlying theme, really, was that death is the ultimate state of being. What was paralleling this message was that white middle-class kids have been using art the same way that other ethnic groups have been using basketball — for social mobility.” This show contained the iconic 3 basketballs floating in a tank. 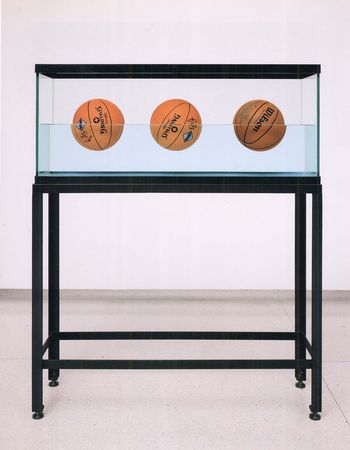 The series, “Luxury” and “Degradation,” first exhibited in 1986, deals with consumer decadence.  Koons rode the subways here in New York City and saw the wide spectrum of advertising from Harlem to Grand Central Station. 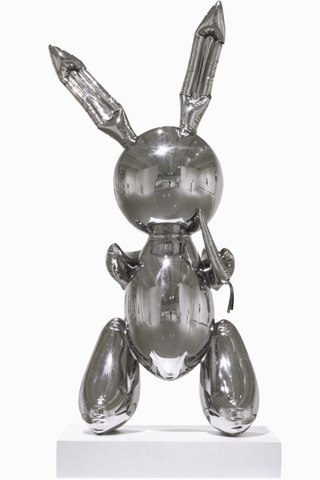 Banality, first exhibited in 1988, is made from wood, porcelain, and ceramic. This series draws on icons and images in pop culture combined with people and animals in a sexual undertone. These works created on a much larger scale challenge the relationship between art and commodity, the valuable luxury good and the cheap kitsch. 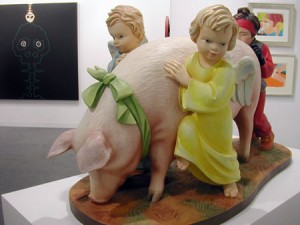 Koons, Ushering In Banality (1988) via Ballardian

This entry was posted on Wednesday, June 18th, 2008 at 6:30 pm and is filed under Art News, Go See. You can follow any responses to this entry through the RSS 2.0 feed. You can leave a response, or trackback from your own site.