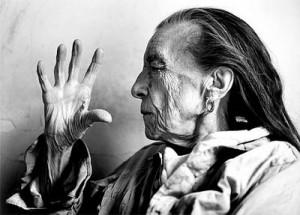 Louise Bourgeois via Artatien
The iconic artist, Louise Bourgeois, is honored by the culmination two major events. Her exhibit at the Guggenheim in New York recently opened on June 27th. June 25th was the theatrical premier of “Louise Bourgeois:The Spider, the Mistress and the Tangerine”, a documentary about her life and work at the Film Forum. 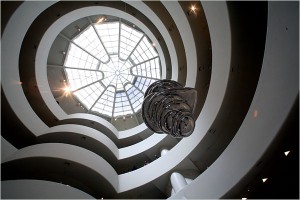 Deeply influenced by her traumatic childhood, Bourgeois has produced copious amounts of work that is not only extremely personal, but also engaging through its raw emotion and symbolic references.She has never stopped at one medium, but instead has worked with paint, fabric, marble, plastics, wood, bronze, and found objects. She has taken part in a plethora of significant art movements throughout her career, and during that time, produced many drawings, paintings, sculptures, installations, and performance pieces. 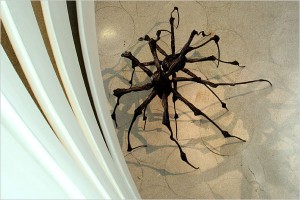 The Guggenheim exhibit, simply titled “Louise Bourgeois”, spans throughout the entire Frank Lloyd Wright rotunda. Within the Rotunda hangs Untitled (2004) piece that suspends two spiraling, aluminum, cocoon shaped objects above the viewer’s head. The exhibit, which goes through September 28th, also features a pair of her recognizable bronze spiders, in addition to many other equally powerful pieces. 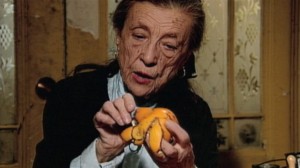 A still from “Louise Bourgeois: The Spider, the Mistress and the Tangerine” via Artdaily

The documentary film, “Louise Bourgeois:The Spider, the Mistress and the Tangerine”, is a portrait of the artist and her intriguing life works. Bourgeois has been acknowledged as one of the most influential artists of our time, and this film strives to show the persona behind her art. The film was produced and directed by Amei Wallach and Marion Cajori. 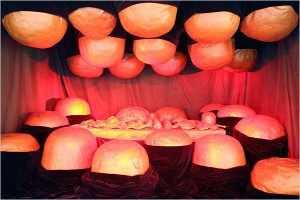 The Destruction of the Father, Louise Bourgeois (1974) via NYTimes

View the movie trailer for “Louise Bourgeois: The Spider, the Mistress and the Tangerine” via youtube
> 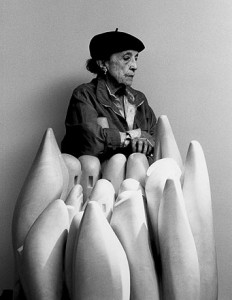 Louise Bourgeois via Telegraph
In 1982, Louise Bourgeois became the first woman to be celebrated by a retrospective at the MoMA, and now at the age of 96, is clearly one of the most significant artists, gender notwithstanding, alive today. 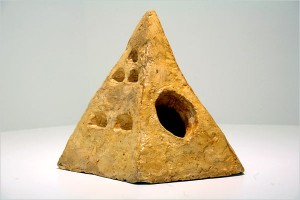 Inland Valley Daily Bulletin (Ontario, CA) October 14, 2011 Hot meals for seniors 60 and older are provided by Oldtimers Foundation from 11:30 a.m. to 1 p.m. Monday through Friday at area senior centers. A donation of $3 is requested. Meals are served at the following centers: web site whole wheat bread

All entrees are served with vegetables, salad, bread and a beverage. The menu for next week is:

The menu for next week:

The menu for next week is:

The menu for next week:

The menu for next week is:

This entry was posted on Monday, June 30th, 2008 at 1:05 pm and is filed under Art News. You can follow any responses to this entry through the RSS 2.0 feed. You can leave a response, or trackback from your own site.