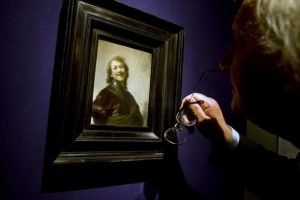 The Rembrandt self-portrait, once thought to be a knockoff, has recently been confirmed by the Rembrandt Research Project to be authentic. Rembrandt Laughing was originally estimated to be worth $3,100 but sold for $4.5 million in an English auction house last October.  The painting’s current estimated value is $30,000,000 to $40,000,000. 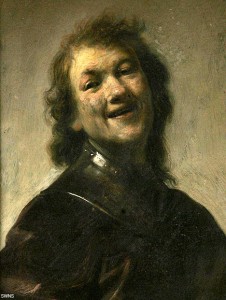 The painting’s value skyrocketed after Ernst can de Wetering of the Rembrandt Research Project determined its true origin. A statement from the RRP’s website reports, “It has now been established on a range of stylistic and technical grounds that this is an authentic early work by Rembrandt dating from around 1628.” 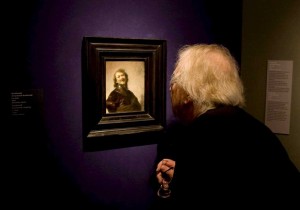 Before its discovery, Rembrandt Laughing hung quietly in the possession of an English family for more than 100 years. Now that’s the truth is out, it is being displayed in the Rembrandt House Museum in Amsterdam until June 29th.

This entry was posted on Wednesday, June 25th, 2008 at 12:36 pm and is filed under Art News. You can follow any responses to this entry through the RSS 2.0 feed. You can leave a response, or trackback from your own site.