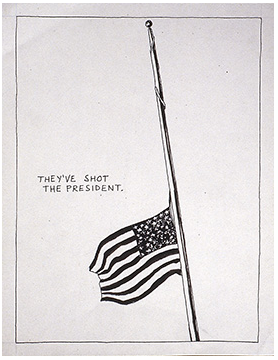 No Title (They’ve shot the) (1982), Raymond Pettibon via Regen Projects

A little-known fact about Raymond Pettibon is that he raised “sporting” pitbulls and mastiffs in the backyard of his home in Hermosa Beach, California.  For someone so inextricably linked to the punk and hardcore music scene of the late 1970s and early 1980’s, this may not come as such a surprise to some.  Pettibon won wide-spread appeal for his ambiguous and irreverent monochromatic comic-like posters and album covers for the band Black Flag and SST records, both founded by his older brother Greg Ginn. One can digest Pettibon’s work as a type of stark and detached reenactment of a depraved silent-film with wry, tongue-in-cheek undertones. Even Pettibon’s use of “sporting” rather than “fighting” with reference to his dogs exemplifies his seemingly caustic dryness.  Part one of a two part Pettibon solo exhibition at Regen Projects in Los Angeles runs from September 13th to October 18th and features seminal works showcased in some of his early ‘zines. His second exhibit runs from December 13, 2008 to January 24, 2009 also at Regen Projects. 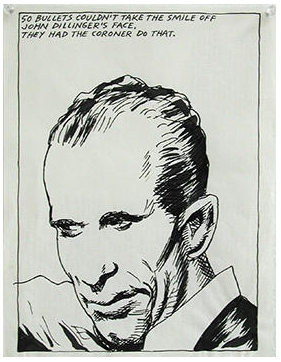 Pettibon also did cover art for the the Minutemen’s 1983 album What Makes a Man Start Fires? and Sonic Youth’s 1990 album Goo. Black Flag frontman, Henry Rollins also featured Pettibon in his memoir, Get in the Van, published in 1994. This is Raymond Pettibon’s 7th solo exhibition at Regen Projects and will exhibit roughly 80 drawings and videos depicting his journey with Black Flag. 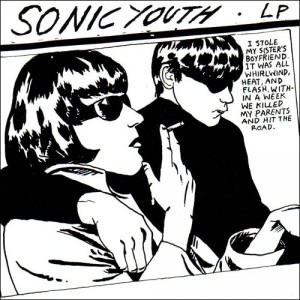 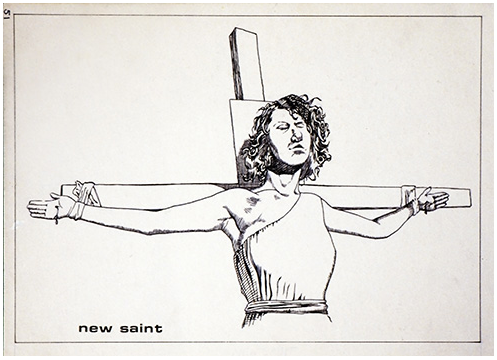 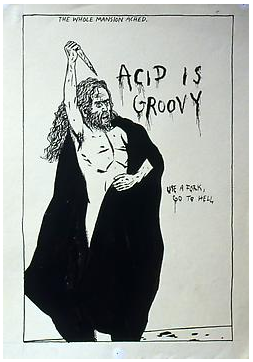 No Title (The whole mansion) (1984), Raymond Pettibon via Regen Projects

This entry was posted on Saturday, September 27th, 2008 at 5:36 pm and is filed under Art News, Go See. You can follow any responses to this entry through the RSS 2.0 feed. You can leave a response, or trackback from your own site.