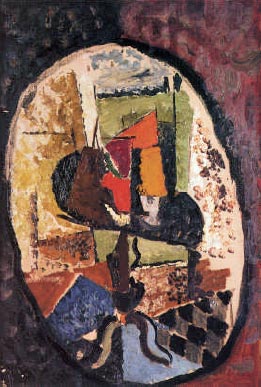 Cubist Still Life by Arshile Gorky, one of the paintings stolen from the Los Angeles’s couples home via LA Times

An unidentified elderly couple of Enico, Los Angeles were at home preoccupied while a thief, or possible thieves, entered their home and stole an art collection worth millions of dollars. At least a dozen paintings were stolen including works by Marc Chagall, Hans Hofmann, Chaim Soutine, Arshile Gorky, Emil Nolde, Lyonel Feininger, Diego Rivera, and Kees van Dongen. Each stolen work was worth at least six figures, some of them closer to $1 million. While the theft occurred in August police waited until September to publicly announce the crime and the $200,000 reward for information leading to the return of the paintings. The couple remains unidentified by police as does the source of the reward money. It remains unclear if was a single thief, or a group. Police are also uncertain if it was a common thief-likely to pawn off the paintings immediately, or a more sophisticated thief with ties to collectors or criminal gangs specializing in pilfered artwork. Art theft is by FBI estimates is a $6-billion-a-year global industry. 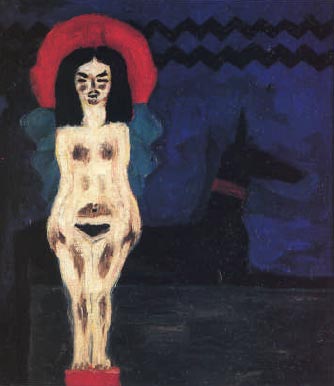 Figure With Dog by Emil Nolde was another painting stolen from the couple’s home via LA Times. The couple’s collection was reported to be a rarefied group of paintings only available at a select circle of galleries in New York, London, Vienna, Paris, Zurich or Geneva. 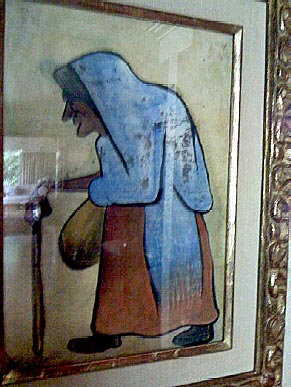 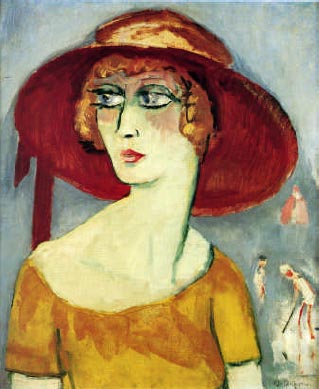 Alicia Alanova by Kees van Dongen, yet another work stolen via LA Times

This entry was posted on Thursday, September 18th, 2008 at 11:05 am and is filed under Art News. You can follow any responses to this entry through the RSS 2.0 feed. You can leave a response, or trackback from your own site.