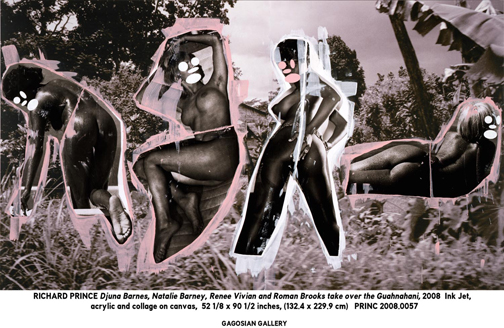 “The story was basically about a guy who lands in St Barth, gets off the plane, is immediately told that there’s been a nuclear holocaust in the rest of the world, and he looks at his family and says ‘We can’t go back.'”

Their figures cut from magazines, then pasted against a jungle backdrop are missing eyes, mouths, and noses that dehumanize and objectify the sensuous subjects. Using stereotypical images consisting of nude women, Rastafarian men, guitars, cars, and jungle landscapes Prince’s new works lay heavy within a perpetual bed of interpretation. Pending on size, these large-scale collage pieces range from $1 to $3 million dollars and will exhibit through December 20, 2008. 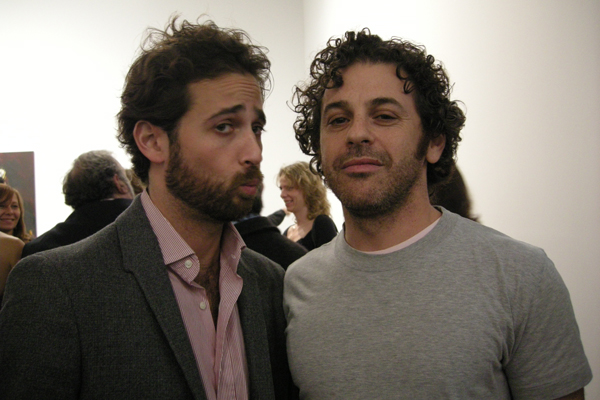 more pictures from the show after the jump… 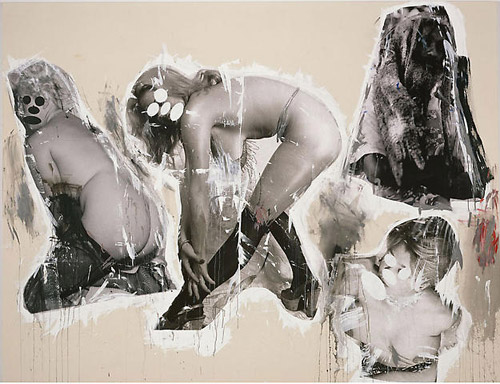 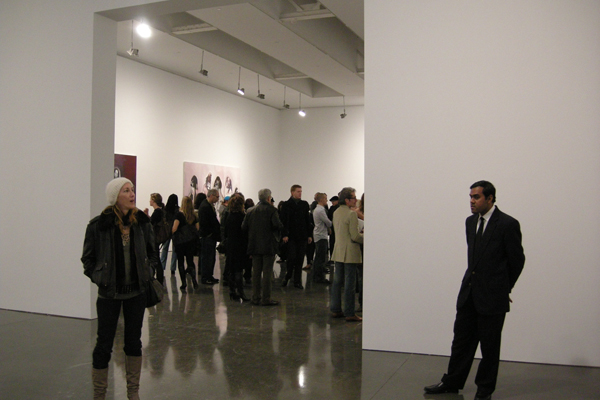 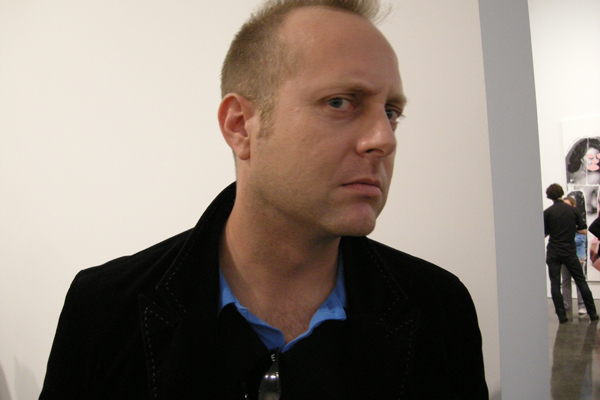 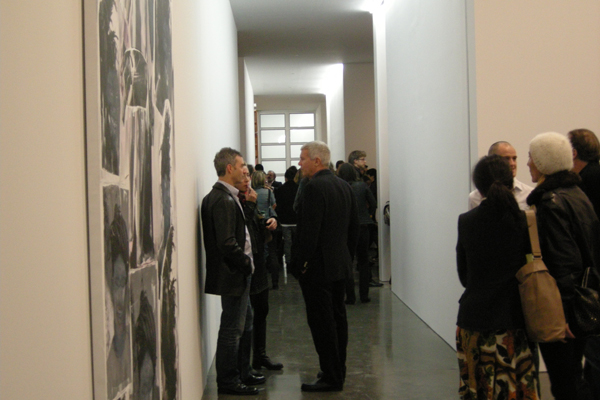 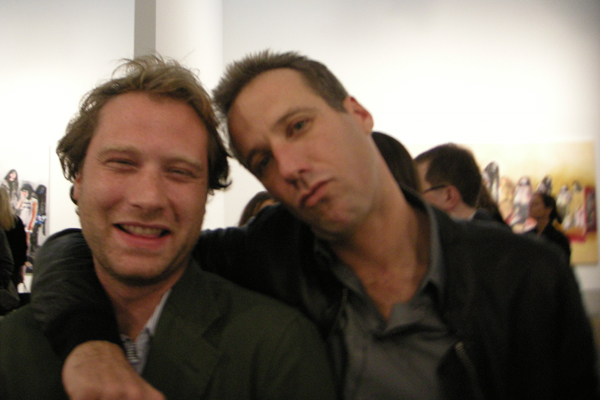 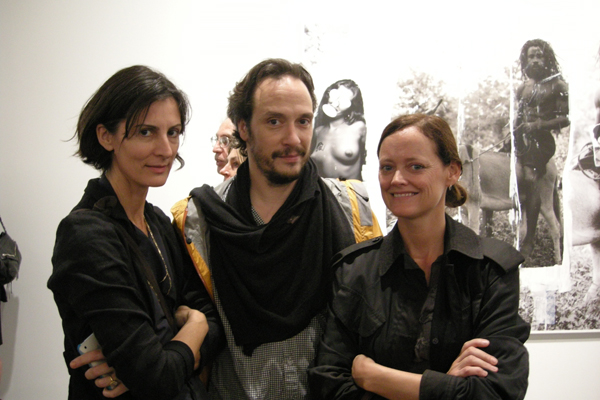 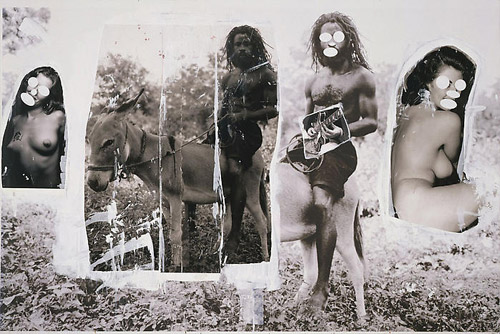 In the Garden by Richard Prince via Hypebeast.

This entry was posted on Thursday, November 13th, 2008 at 1:27 pm and is filed under Go See. You can follow any responses to this entry through the RSS 2.0 feed. You can leave a response, or trackback from your own site.