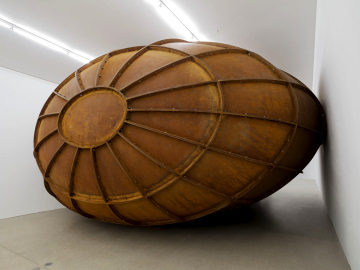 Considered one of the most talented and influential sculptors of his generation, Anish Kapoor recently unveiled his new installation Memory (2008) at the Deutsche Guggenheim.  Born in Bombay, India in 1954, Anish Kapoor lived and worked in London through the 1970’s and quickly rose to prominence as a sculptor during that time.  Since then, Kapoor has gained international acclaim and has exhibited extensively worldwide at venues such as the Tate Gallery and the Hayward Gallery in London, Haus der Kunst in Munich, Reina Sofia in Madrid and Kunsthale Basel and more.  Memory is part of a program established by the Deutsche Guggenheim in 1998, which consists of a series of projects committed to prominent and innovative contemporary artists such as John Baldessari, Hanne Darboven, William Kentridge, Hiroshi Sugimoto, Bill Viola, and Phoebe Washburn. 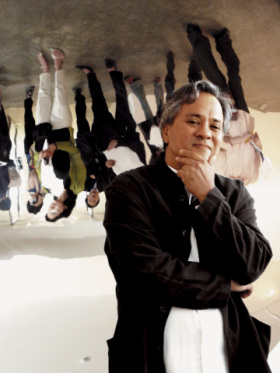 Portrait of Anish Kapoor, 2003 via Guggenheim 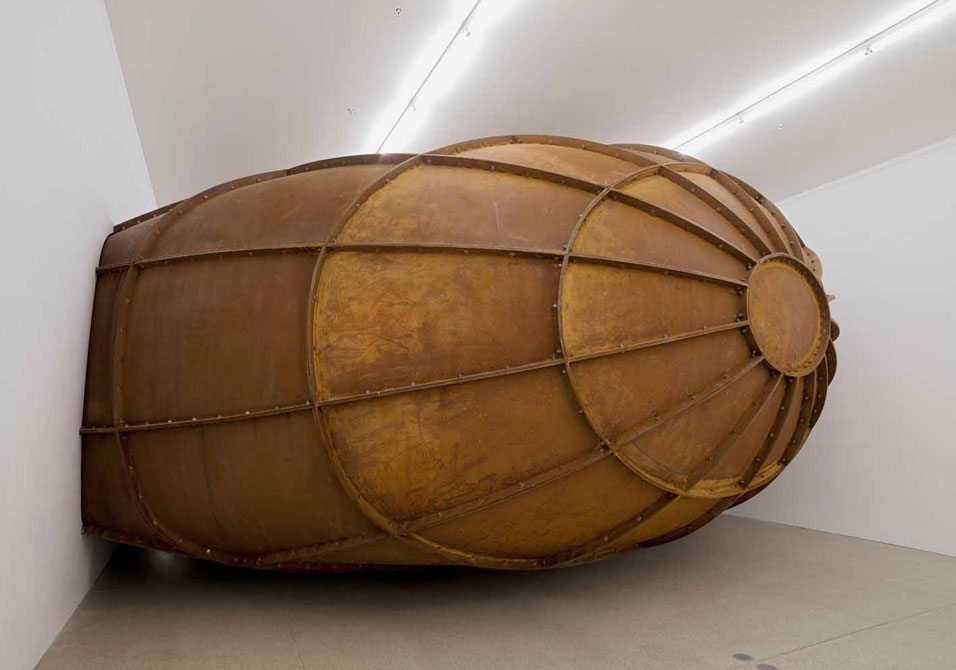 Anish Kapoor’s sculptural installation is the program’s fourteenth commissioned project and represents both an ambitious and novel experiment for the artist.   Made of Cor-Ten steel and weighing approximately 24 tons, the sculpture seems to defy gravity as it gently touches against the gallery walls, floors, and ceiling.  Its total is difficult to percieve from one vantage point and its 154 seamless tiles, perfectly manufactured to prevent any light from seeping through, read as one continuous form.   Kapoor suggested that the view of the sculpture should be experienced as the twin processes of negotiation and peregrination; it becomes a tool overcome the inaccessibility presented by the constrictions of the sculpture within the galleries. “Set within non-chronological time and fractured space, we are left to negotiate the sculpture’s ensuing incomprehensibility and fragmentation by attempting to piece together the images retained in our memories,” commented one patron.

Kapoor is not new to this kind of large scale installation; his work has generally been characterized by simple, curved forms, usually monochromatic and brightly colored.  His most recent works are mirror like, reflecting or distorting the viewer and his surroundings such as the Cloud Gate, 2004, seen below, in Millennium Park, Chicago.  Memory has solidified Kapoor’s relationship with the Guggenheim and future collaborations between the artist and museum are expected in 2009 when the exhibition will be displayed at the Solomon R. Guggenheim museum in New York. 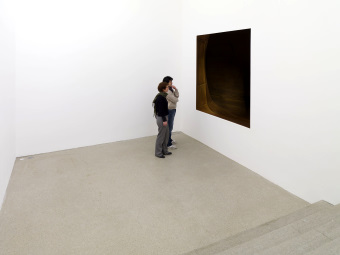 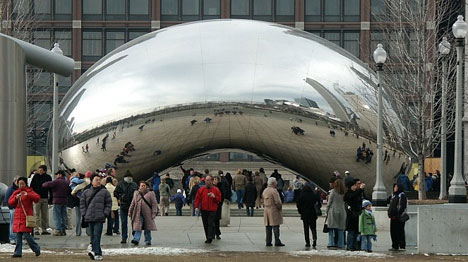 This entry was posted on Sunday, December 14th, 2008 at 7:17 pm and is filed under Go See. You can follow any responses to this entry through the RSS 2.0 feed. You can leave a response, or trackback from your own site.