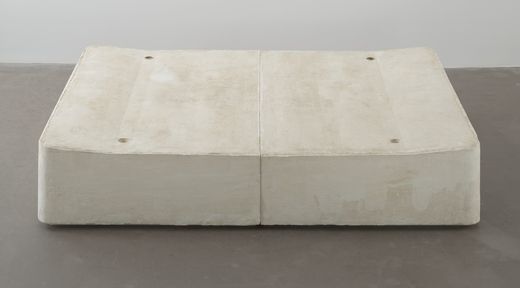 Untitled (mattress) (1991) by Rachel Whiteread, via The Museum of Modern Art

Brazilian Photographer Vik Muniz has curated an exhibition at the Museum of Modern Art featuring approximately 80 works from the museum’s collection, including those by Eugène Atget, John Baldessari, Marcel Duchamp, Nan Goldin, Gordon Matta-Clark, Pablo Picasso, Dieter Rams, and Rachel Whiteread. The exhibit is part of Artist’s Choice, a series of exhibitions where an artist becomes a curator using selected works from the Museum of Modern Art’s Collection.

Muniz often questions the traditions and symbolism of visual representation by contrasting unlikely materials to depict subjects in his photographs. In this exhibition he has similarly brought works together out of their normal museological classification, thus allowing the viewer to create their own visual interpretation of artworks based on various linkages and connections. For the show’s theme, he employs a rebus, a puzzle that uses carefully connected images and symbols to create a phrase or a sentence. Instead of forming a sentence, he organizes the artworks by linking them through similarities in material, subject matter, technique, and form.

Igor (1987) by Philip-Lorca diCorcia and New York Subway Map (1970) by Massimo Vignelli, via The Museum of Modern Art

Peter Fischli and David Weiss’s 31-minute classic film “The Way Things Go” (1987) welcomes the viewer into the sequence of carefully juxtaposed artworks arranged close together on one side of a narrow wrap-around gallery leaving little room for confusion. There are no wall labels but a detailed list of works with photographs.

In one sequence Muniz begins with Massimo Vignelli’s New York Subway Map (1970) and ends with Rachel Whiteread’s cast of a bare mattress. Vignelli’s work is followed by Philip-Lorca diCorcia’s Igor (1987), a photograph of a man on the New York City Subway linking the works through subject matter. Next in the narrative is Yellow (1951) by Ellsworth Kelly referring back to the orange subway seats in diCorcia’s photograph connecting the works through similarities in color. 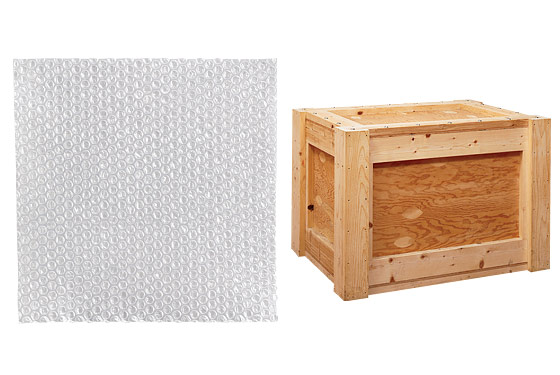 Bubble Wrap (1960) by Marc A. Chavannes and Alfred W. Fielding and Untitled (1994) by Richard Artschwager, via The Museum of Modern Art

Vik Muniz was born in Sao Paulo, Brazil . He lives and works in New York City and Brazil. He has exhibited internatioanlly and has had many one-person shows including one at the Miami Art Museum, which then went to P.S.1 Contemporary Art Center in Long Island City; the Moscow House of Photography; the Museu de Arte Moderna in Rio de Janeiro, Brazil; the Whitney Museum of American Art in New York City; and at the Menil Collection in Houston, Texas. Muniz is also the author of Reflex: A Vik Muniz Primer published in 2005 by Aperture.

Organized by Vik Muniz with Eva Respini, Assistant Curator, Department of Photography at the Museum of Modern Art, the exhibition is currently on view in the Special Exhibitions on the third floor through February 23, 2009. 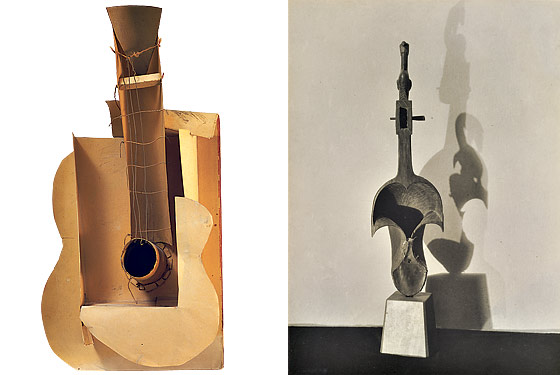 Maquette for Guitar (1912) by Pablo Picasso and African Instrument (1917) by Charles Sheeler, via The Museum of Modern Art and New York Magazine

Untitled (1991) by Felix Gonzalez-Torres and Nan and Brian in Red (1983) by Nan Goldin, via New York Magazine


This entry was posted on Tuesday, December 30th, 2008 at 1:22 pm and is filed under Art News. You can follow any responses to this entry through the RSS 2.0 feed. You can leave a response, or trackback from your own site.