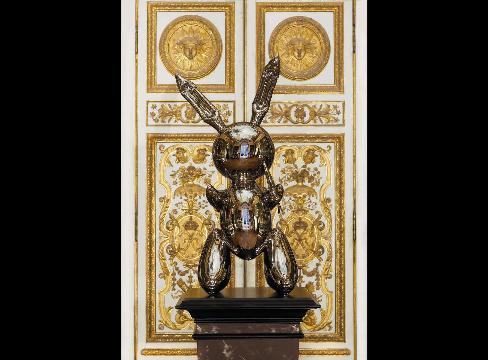 ‘Rabbit’ by Jeff Koo ns, as displayed at Versailles via Bloomberg

Jeff Koons’s show at Versailles, previously covered here by ArtObserved, was mired in controversy right up to its very end.  Prince Charles-Emmanuel de Bourbon-Parme, a descendant of the Louis XIV, the Sun King who built the Versailles palace where the exhibition took place, filed a lawsuit in the administrative court of that town to bring the show to a halt based on the “right to live without the profanation of one’s ancestors” and the “right to access knowledge of heritage without pornographic constraints.” Prince Charles-Emmanuel considered the show “pornographic” and “a desecration and an attack on the respect due to the dead,” and vowed to take the lawsuit to the Conseil d’Etat, France’s highest court for state affairs, after it was dismissed by the judge in Versailles.

Jeff Koons Versailles was the first Koons retrospective in Europe, and is considered responsible for a 15% increase in visitors to the Versailles palace since it opened in September. The exhibition closed on January 4th, 2009.

more images after the jump… 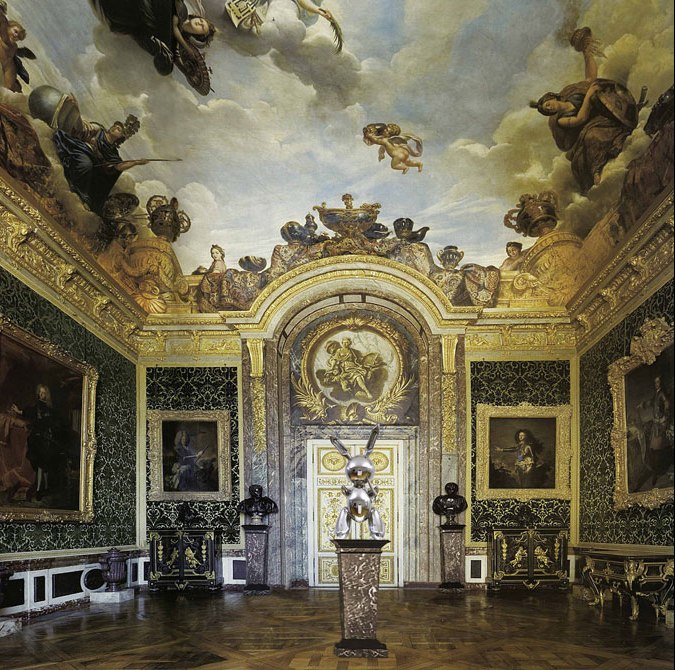 ‘Rabbit’ by Jeff Koons, as displayed at Versailles via Art Daily 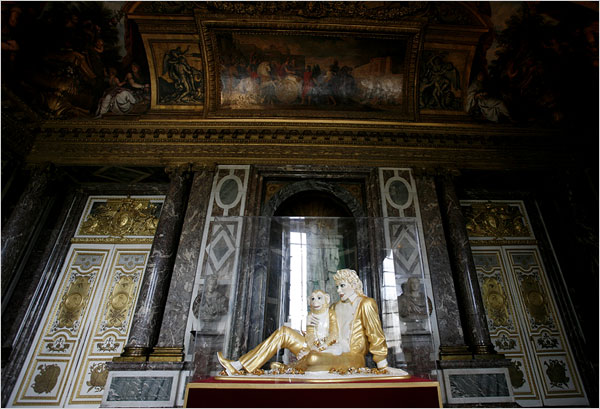 ‘Michael Jackson and Bubbles‘ (1998) by Jeff Koons, as displayed at Versailles, via New York Times 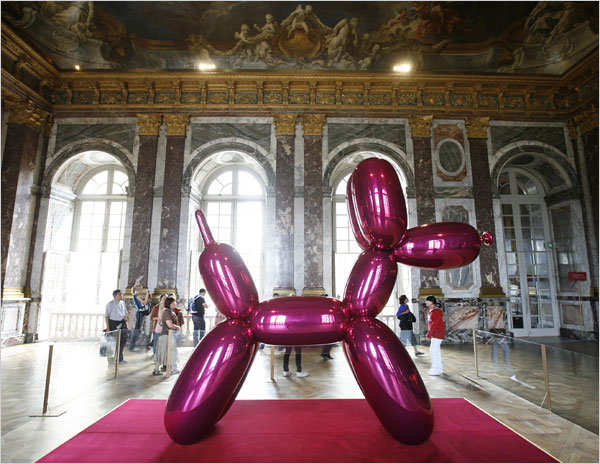 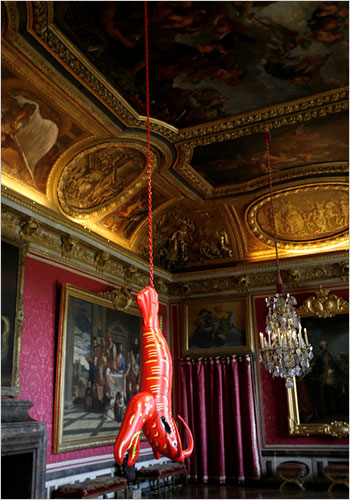 ‘Lobster‘ by Jeff Koons, as displayed at Versailles, via New York Times

This entry was posted on Sunday, January 4th, 2009 at 11:45 pm and is filed under Art News. You can follow any responses to this entry through the RSS 2.0 feed. You can leave a response, or trackback from your own site.