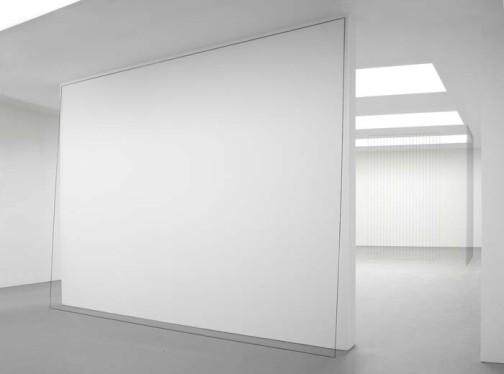 Fred Sandback, who died in 2003, is known best for his yarn sculptures that fall somewhere between Minimalist and conceptual art. On view now are two concurrent solo exhibitions at David Zwirner in Chelsea and Zwirner & Wirth in the Upper East Side. Sandback’s sculptures create large planes using colored yarn, outlining a shape and using walls, floors, and ceilings to create a perception of depth and space. The sculptures present an optical illusion of boundaries, of planes cutting across space that look like they may not be crossed but in fact do not exist. It is in that illusion that the theatricality of Sandback’s work lies. Using only the sparest of material he creates a vast, imposing presence. 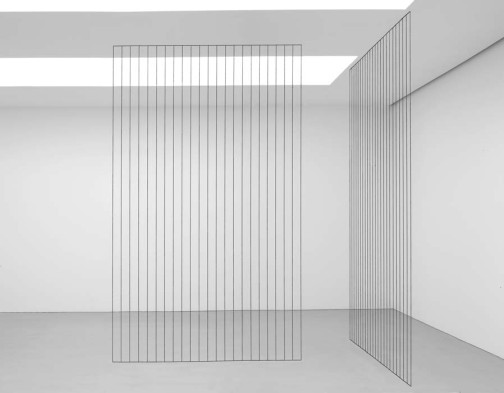 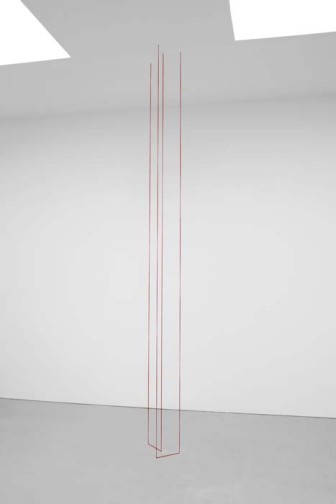 The exhibition at David Zwirner presents several of Sandback’s large works, including works now shown for the first time. These include a series of U-shaped planes rising up to the ceiling, spread across the exhibition space. Another work shown is comprised of three rectangular planes set at angles against three walls, altering their architectural context. 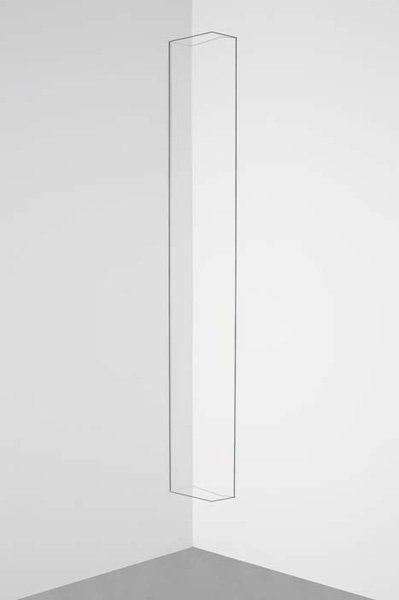 Smaller works are shown at Zwirner & Wirth, including early works that reference the work of Russian constructivist Vladimir Tatlin ‘corner constructions,’ and many sculptures that came before Sandback’s yarn sculptures, as well as a number of works on paper. 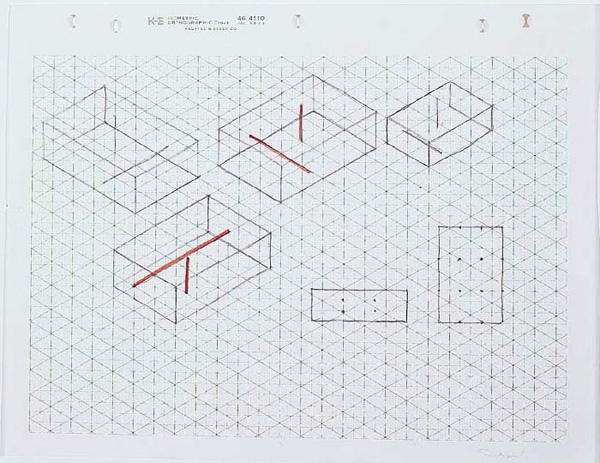 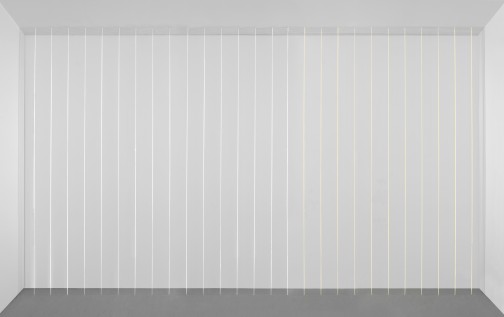 This entry was posted on Monday, February 2nd, 2009 at 1:19 am and is filed under Go See. You can follow any responses to this entry through the RSS 2.0 feed. You can leave a response, or trackback from your own site.