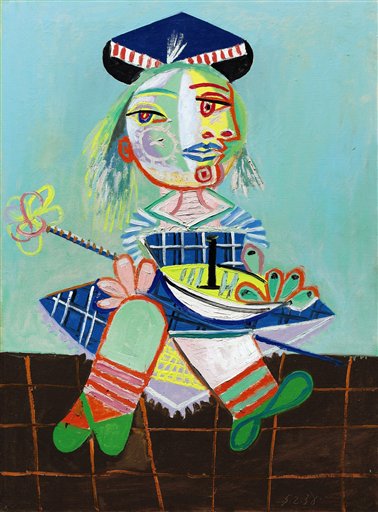 Hours after Standard and Poor’s downgraded Sotheby’s credit rating to junk status, citing the depressed art market, the auction house’s spring Impressionist and Modern Art Evening Sale got underway last night in New York, yielding mixed results. The auction brought in $61,370,500 against estimates of $81.5/1-8.8 million, and was 80.6% sold by lot. This year’s figure represents slightly more than a quarter of last year’s sale, which realized $208.63 million. The auction’s highest priced lots, Picasso’s ‘La Fille de l’Artiste a Deux Ans et Demi Avec un Bateau,’ put up by a victim of the Madoff Ponzi scheme, and a rare Giacometti sculpture, ‘Le Chat,’ both failed to sell.  For both pieces, the $16-24 million reserve was cited as overreaching in an uncertain market.

However, the auction did have its highlights.  A 1934 painting by Piet Mondrian, ‘Composition in Black and White, with Double Lines,’ nearly doubled its high estimate of $5 million, selling to an anonymous caller for $9,266,500 after extensive bidding.  Four paintings by Polish Art Deco artist Tamara de Lempicka, from the collection of German fashion designer Wolfgang Joop, sold for a total of $13.8 million. ‘Portrait de Marjorie Ferry’ sold for $4.9 million, a new record for the artist. 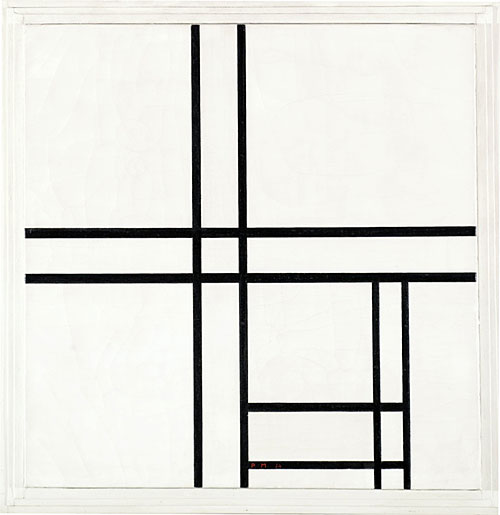 Mondrian’s ‘Composition in Black and White, with Double Lines’ via Artinfo, the auction’s highest seller, selling for nearly $9.3 million, far past its high estimate of $5 million. 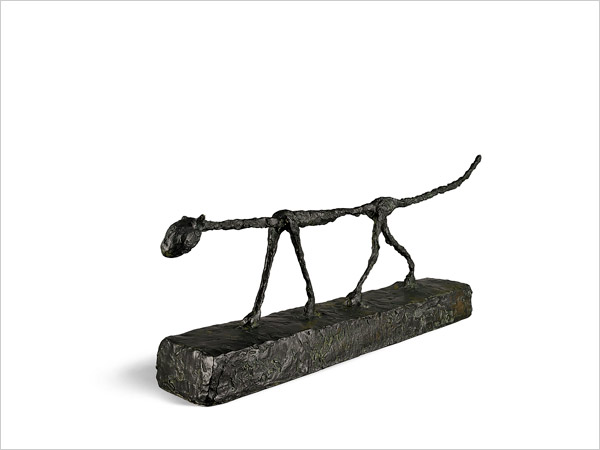 Giacometti’s ‘Le Chat’ via NY Times, failed to attract a single bid under the weight of its $16-24 million estimate.

Modestly priced Impressionist works fared better than much of the Modern art. Three lots from the H.O. Havemayer Collection went for much higher than their total estimates of $3.5-4.8 million, achieving more than $9 million. One of the lots, Monet’s ‘Voilier sur Le Petit Bras de la Seine, Argenteuil,’ which had been on loan to the Metropolitan Museum of Art for the past fifteen years, sold for $3.5 million against estimates of $1.2-1.8 million after heavy bidding. 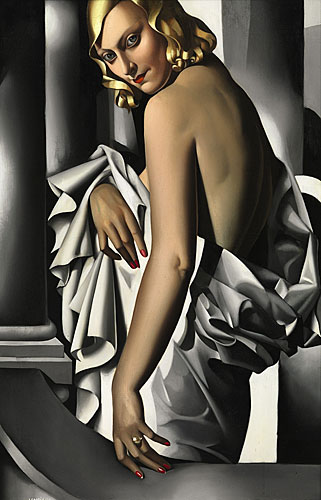 Tamara de Lempicka’s ‘Portrait de Marjorie Ferry’ via Artinfo, sold for $4.9 million against estimates of $4-6 million, a record for the artist. 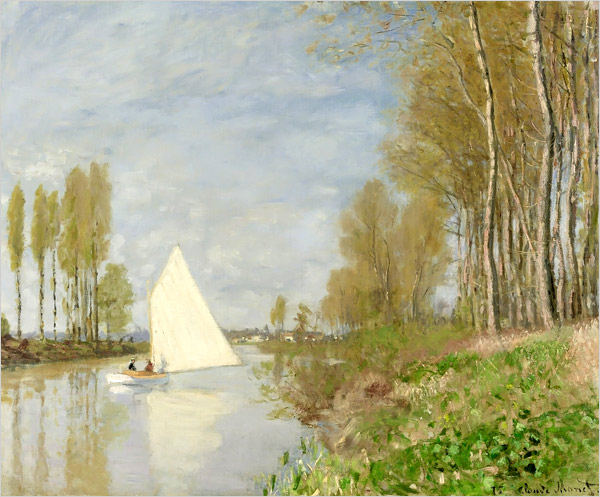 Sotheby’s tried to spin the results positively, citing the 80% lots sold, with just seven of the thirty-six lots going unsold. But the sale only realized 58% sold by value.  Impressionist works did well, but failed to reach prices over $5 million. Many of the unsold lots were by Modern artists, including Joan Miró and Max Beckmann. The failures of the Picasso and Gicaometti were obvious disappointments and signs that the art market remains skittish and filled mainly with bargain hunters. Sotheby’s Impressionist and Modern Art Day Sale takes place today. Christie’s Impressionist and Modern Art Evening Sale takes place tonight, with the Day Sale tomorrow. Post-War and Contemporary auctions follow next week.

This entry was posted on Wednesday, May 6th, 2009 at 10:59 pm and is filed under Auction Results. You can follow any responses to this entry through the RSS 2.0 feed. You can leave a response, or trackback from your own site.