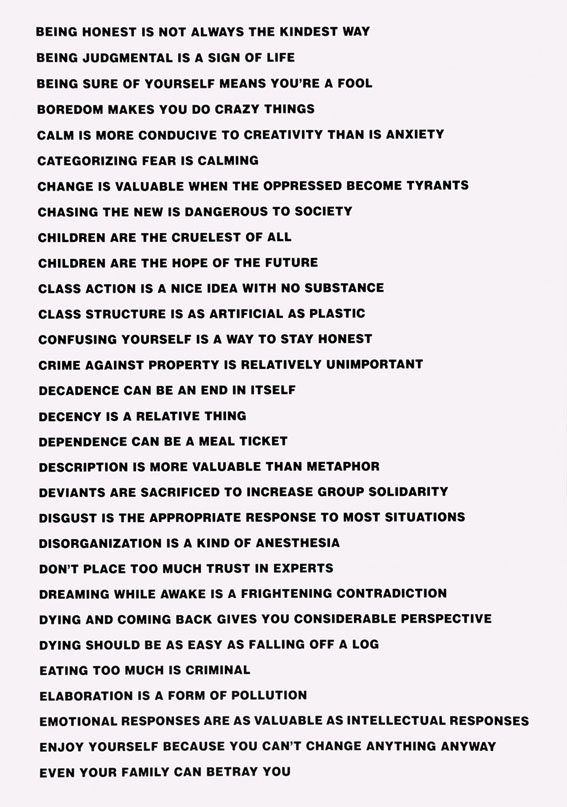 Jenny Holzer, at Between Bridges.

Fresh off the Whitney Museum of American Art, Jenny Holzer is currently showing at London’s Between Bridges.   The exhibition features two collections of work by Jenny Holzer: “Truisms” and Essays.”  As their names suggest, the series are text-based, so that the exhibition consists of blocs of text mounted on the walls of the gallery.

Holzer works in words.  She employs and warps language to comment on society’s aphorisms, and audience.  Letters are mounted on electronic signs, on t-shirts and silver, benches, movie marquees, and even the occasional sarcophagus.  Born in 1950 in Ohio, Holzer studied at Duke University and the University of Chicago before completing her undergraduate degree in fine arts at Ohio University, Athens.  She gained her MFA from RISD, and pursued independent study with the Whitney Museum. 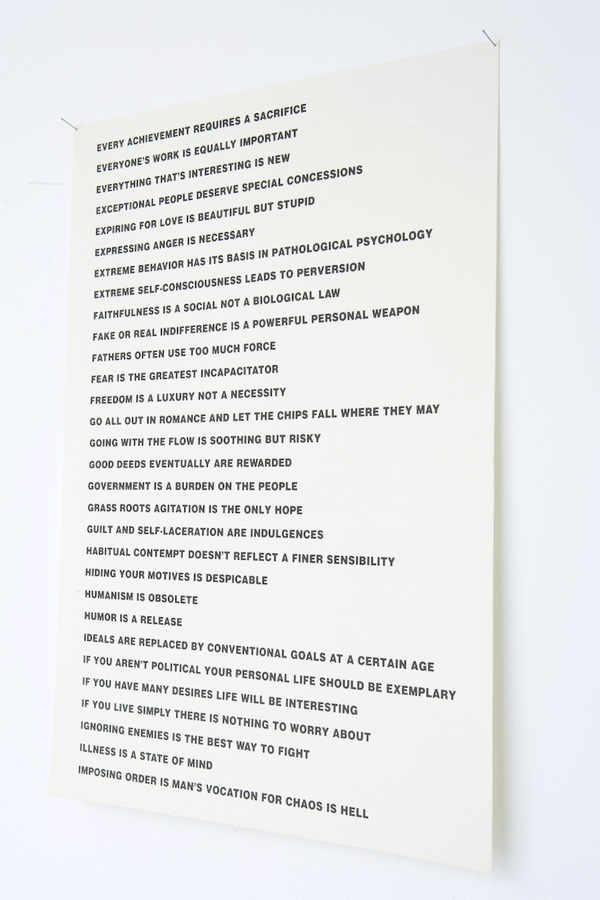 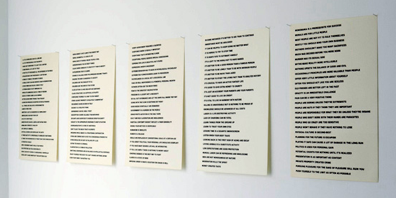 Above and below, Jenny Holzer, at Between Bridges. 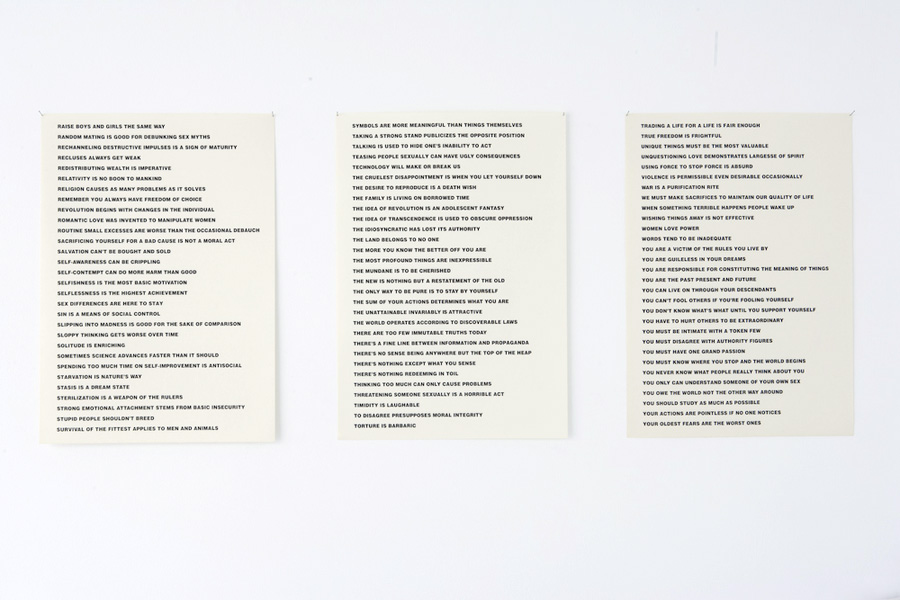 Jenny Holzer has shown at Dia Art Foundation, New York; Art Tower, Mito, Japan; Centre National d’At et de la Culture Georges Pompidou, Paris; Museum of Modern Art, New York; Whitney Museum of American Art, New York; UCLA, the Guggenheim in both New York and Bilbao, Spain; and more.  The first woman to represent the United States at the Venice Biennale, Holzer was awarded the Leone d’Oro prize for best pavilion.  The artist is also the recipient of a 2000 Berlin Prize Fellowship from the American Academy of Berlin, as well as honorary doctorates from the Williams College, the Rhode Island School of Design, the University of Ohio, and the New School University, New York.

Below, Jenny Holzer, at Between Bridges. 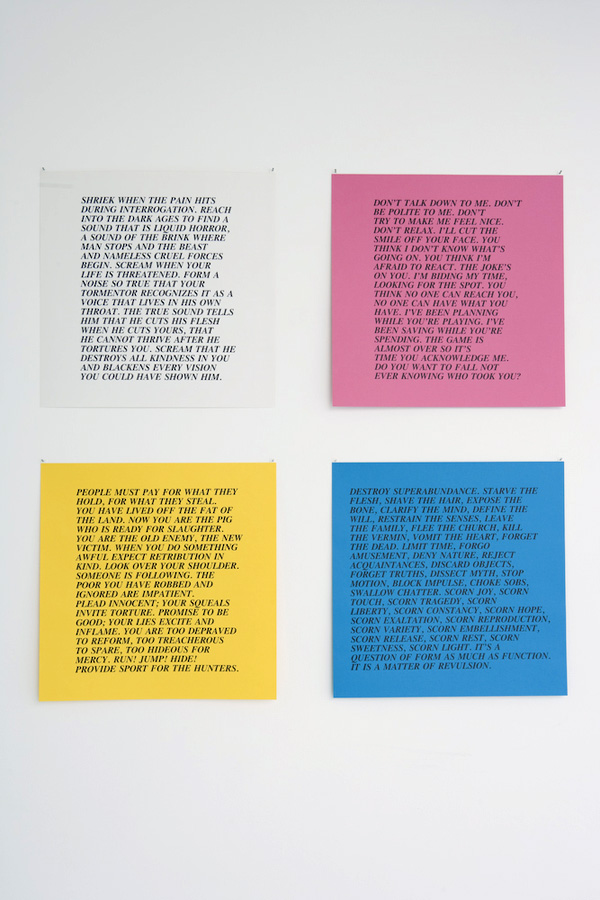 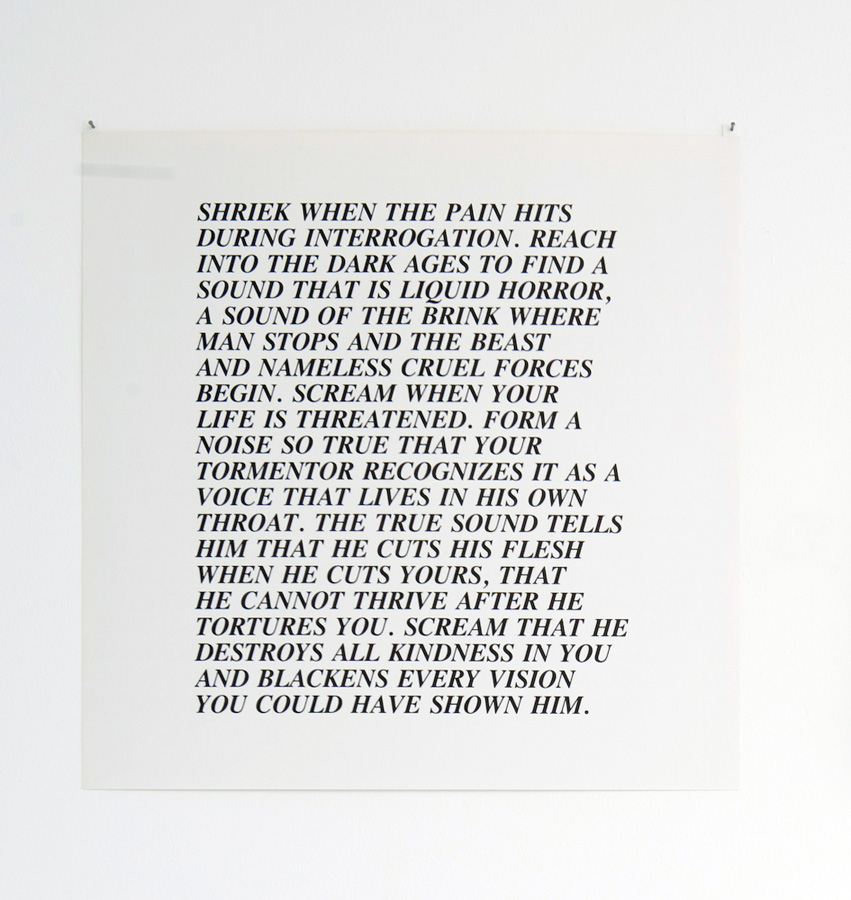 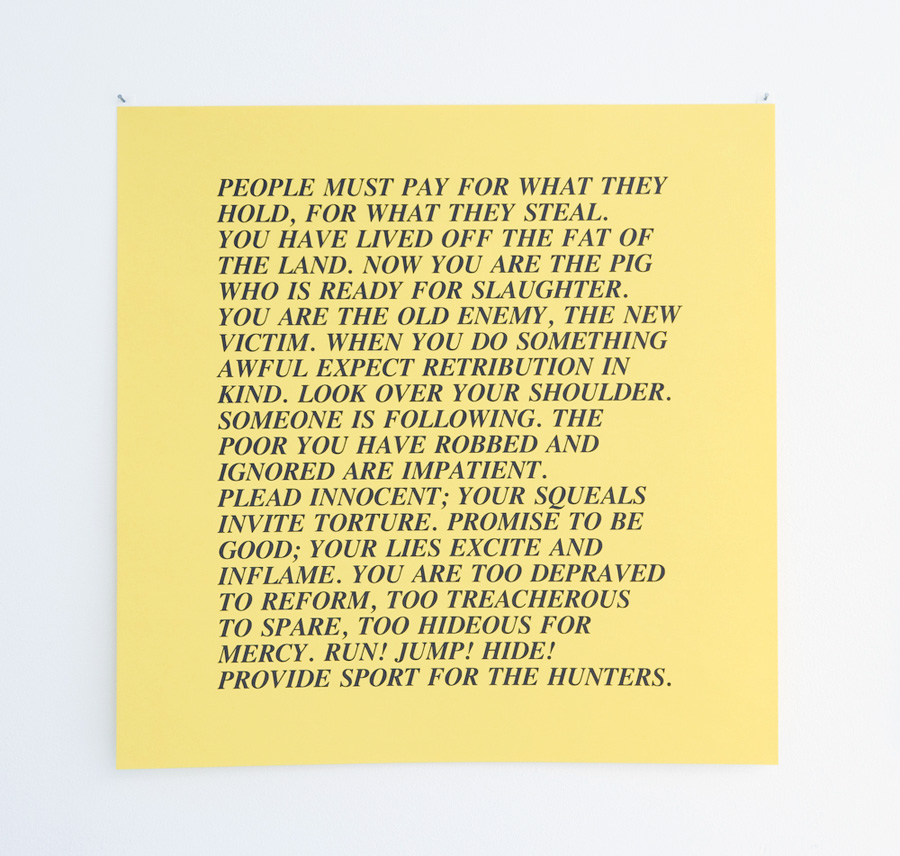 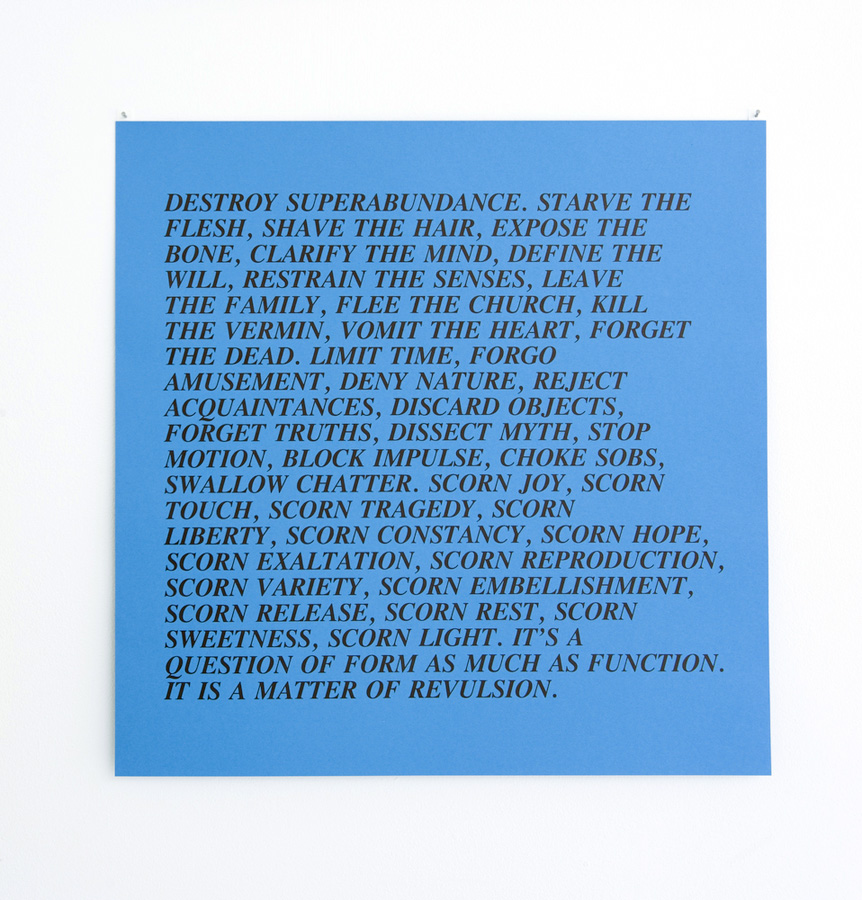 This entry was posted on Wednesday, June 17th, 2009 at 9:19 am and is filed under Go See. You can follow any responses to this entry through the RSS 2.0 feed. You can leave a response, or trackback from your own site.