Andrea Rosen Gallery is presenting an assortment of works on paper by John Currin, an artist whose renown is in large part due to his talent for blending kitsch and smut with masterly technique often reflective of classical or manneristic imagery.  Women are almost always at the center of Currin’s art, but the way in which he portrays them alters every few years.  The exhibit, aptly titled, “A Fifteen Year Survey of Women,” includes drawings from all of Currin’s various phases of depitions of feminity over the years, from emaciated middle-aged to isolated bare-breasted women reminiscent of Northern Renaissance Madonnas, or extremely bosomy nudes reminiscent of Playboy illustrations. 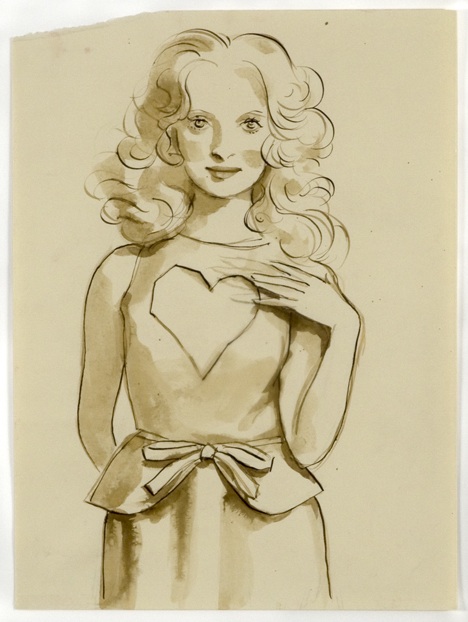 Currin’s work is tinted with misogynistic undertones: his first solo show, which took place at Andrea Rosen Gallery in 1992, consisted of paintings of nude middle-aged women and received mixed reviews, with certain critics suggesting that the show should be boycotted.  But these early scandals only served to further Currin’s career.  Today, he is recognized as one of the most important contemporary artists.  He is certainly one of the most commercially successful:  in November, Sotheby’s sold one of his paintings at auction for $5.5 million. 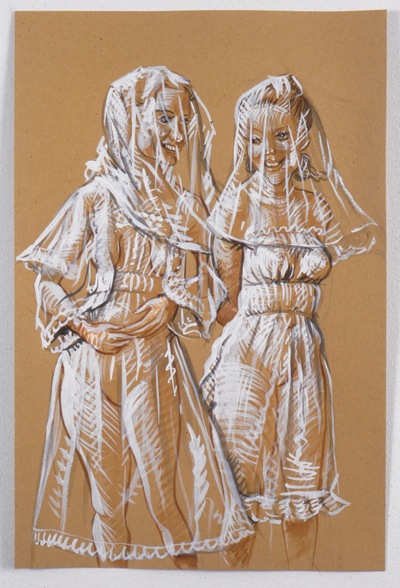 When he started out in the late 1980s (after earning a B.F.A from Carnegie Mellon in 1984 and an M.F.A from Yale in 1986), Currin brought back many artistic trends that had been unpopular for decades, most notably a conservative painting style based on technical virtuosity.  The drawings shown here date from 1992 to 2003, the period of Currin’s career during which he was most active as a draftsman.  They consist of both rapid preliminary sketches for paintings and completed, highly finished drawings, and reveal why Currin’s work is also admired for the richness of the art historical references he is able to incorporate.  The drawings presented here abound with theatrical nods to Old Masters, while the influence of Bacon, Picabia, and Velasquez is equally strongly felt. 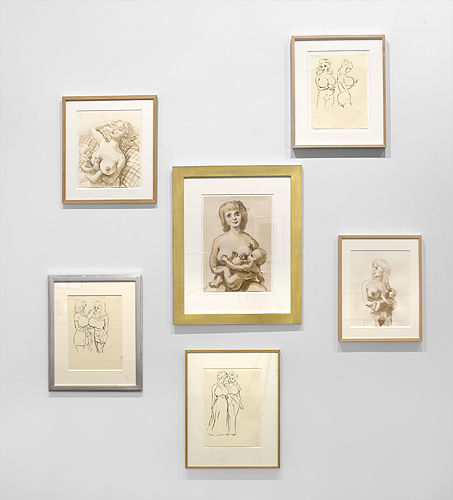 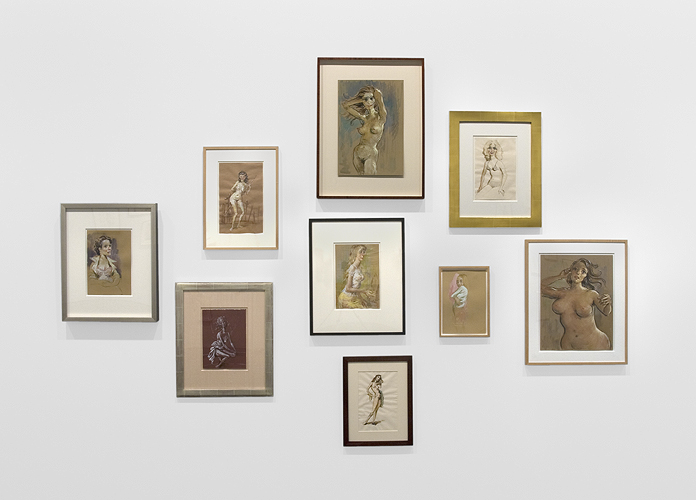 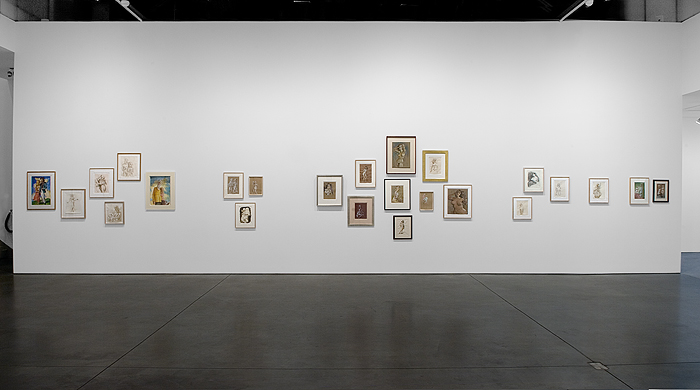 This entry was posted on Wednesday, July 8th, 2009 at 6:36 am and is filed under Go See. You can follow any responses to this entry through the RSS 2.0 feed. You can leave a response, or trackback from your own site.