April 15th, 2021
REFERENCE LIBRARY
Home » Go See – London: “One & Other” on The Fourth Plinth by Antony Gormley in Trafalgar Square through October 14th 2009

Go See – London: “One & Other” on The Fourth Plinth by Antony Gormley in Trafalgar Square through October 14th 2009 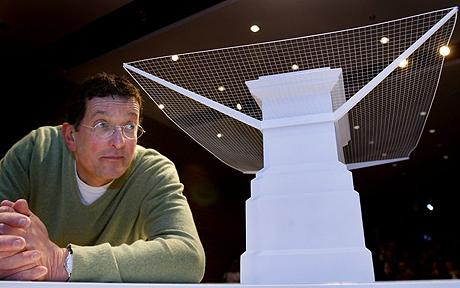 Antony Gormley’s and the Fourth Plinth via The Telegraph.

This summer sculptor Antony Gormley invites the public to celebrate a living monument by asking the British people to occupy the empty Fourth Plinth in Trafalgar Square in London. Once a place reserved for statues of Kings and Generals, the spot will now serve as a way to represent the public and the whole of humanity.

For 24 hours per day for 100 days without a break, different people from all walks of life will inhabit the Plinth to make it their own. Those who have been selected are  able to use the Plinth as they like, to perform or even simply to reflect and meditate.  They have become participants in one of the most publicized works of public art in London in recent memory. 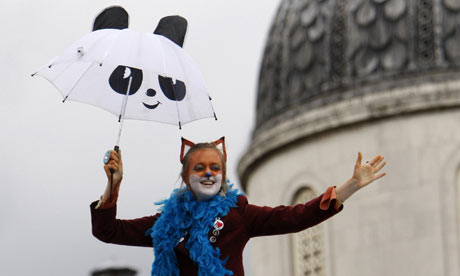 Scotland Yard told The Times that if the 57-year old artist, previously best known for creating his monumental sculpture The Angel of the North, achieved his artistic vision, there may need to be a public arrest. Gormley has said he would be “very upset if somebody didn’t take their clothes off.” Scotland Yard’s spokeswoman responded “Should that arise and there complaints from members of the public during that art exhibition- for want of a better word- it would be assessed at the time and appropriate action taken.” Guto Harri, the Mayor’s spokesman said that it would be impossible to control which type of people take part in the project. “Would you want a naked man or woman in the middle of Trafalgar Square? It’s unlikely. But we’ll cross that bridge when we come to it, ” he told The Times.A number of the participants chosen have said they will appear on the plinth naked during their allotted time. 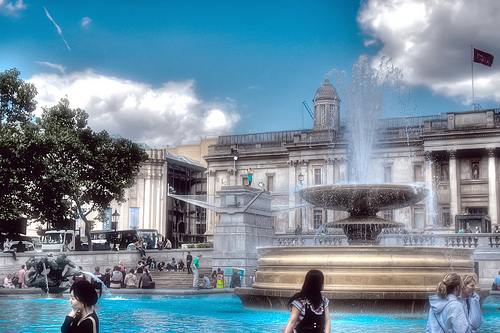 Gormley will earn £30,000 as part of the £170,000 of public money that was allotted for the commission.  His selection to helm the fourth plinth project was made from a shortlist including artists Jeremy Deller, Tracey Emin, Anish Kapoor and Bob and Roberta Smith. The decision was made by a panel which included Ekow Eshun, artistic director of the Insitute of Contemporary Art in London.

Antony Gormley and the Fourth Plint via Zimbio

“The idea was very simple. Through putting a person onto the plinth, the body becomes a metaphor, a symbol. In the context of Trafalgar Square with its military, valedictory and male historical statues, this elevation of everyday life to the position formerly occupied by monumental art allows us to reflect on the diversity, vulnerability and particularity of something extraordinary and unpredictable. It could be tragic but it could also be funny.”-Antony Gormley 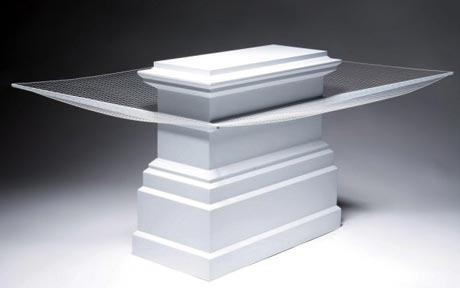 This entry was posted on Wednesday, July 15th, 2009 at 12:21 pm and is filed under Go See. You can follow any responses to this entry through the RSS 2.0 feed. You can leave a response, or trackback from your own site.