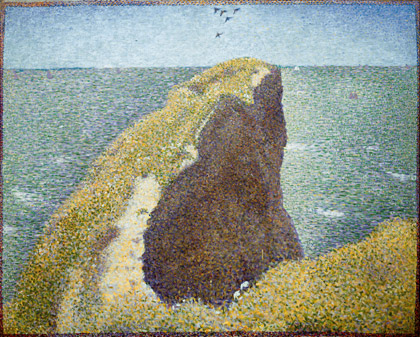 Currently showing at the Kunsthaus Zurich is an exhibition of some 70 paintings and drawings by one of the fathers of modern art and masters of the Pointillism movement, Georges Seurat. The exhibition, entitled “Figures in Space,” is notable as the artist’s work has rarely been represented in European museums east of Paris.  Most of the collection is on loan for a limited time from special public and private collections in London, Paris, New York and Washington.  Seurat’s work demonstrates a kind of scientific manifestation of Impressionism—bringing rationalism into the picture through the application of geometry to figures, objects and landscapes. His artwork introduced a revolutionary, scientific groundwork to the Impressionistic technique. 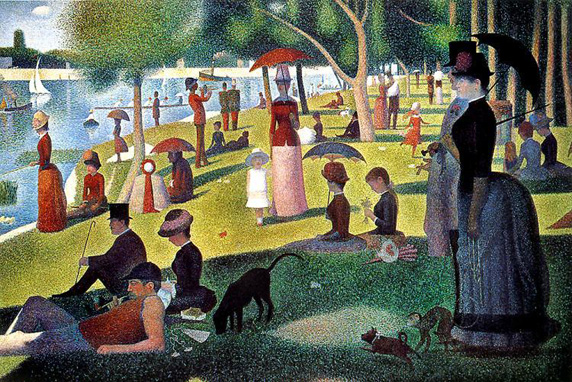 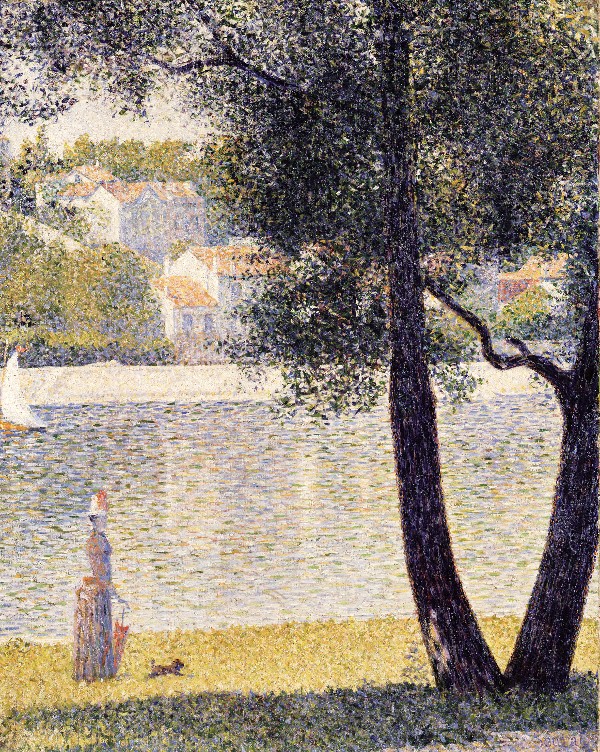 The basis of the Pointillist movement of the Neoimpressionist painters was largely drawn from scientific research on color and perception during the 19th century. Of critical importance was the idea that two juxtaposing colors that are close together, or even overlapping, have the effect of portraying an entirely new color when seen from a distance. For example, when red, blue and green light are mixed, the resulting color is something closer to a white light. Dots of blue and yellow, when combined by the eye, form mixed hues of brown and mauve. Seurat was greatly influenced by such findings, and he used this scientific application of color to tackle such things as emotion and consistency in his work, along with a wide array of subject matter—circus acrobats, women with parasols, strollers along the Seine, and other scenes of bourgeoisie and working class society. 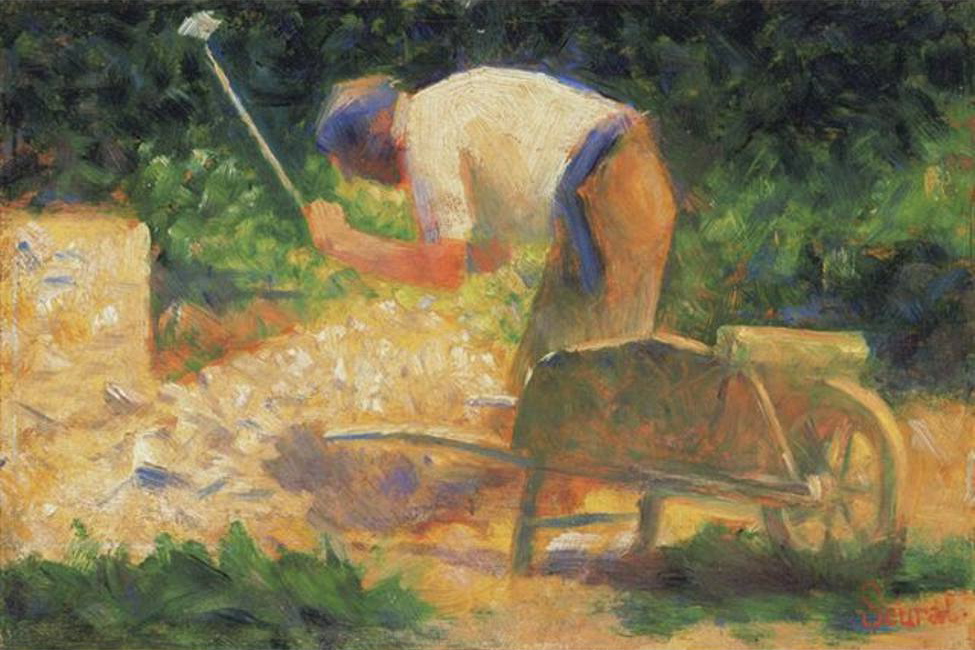 Georges Seurat’s ‘The Gardener’ (1882) Via Art Knowledge News, is from the Kunsthaus Zurich’s own collection. The piece demonstrates his earlier, impressionistic style. 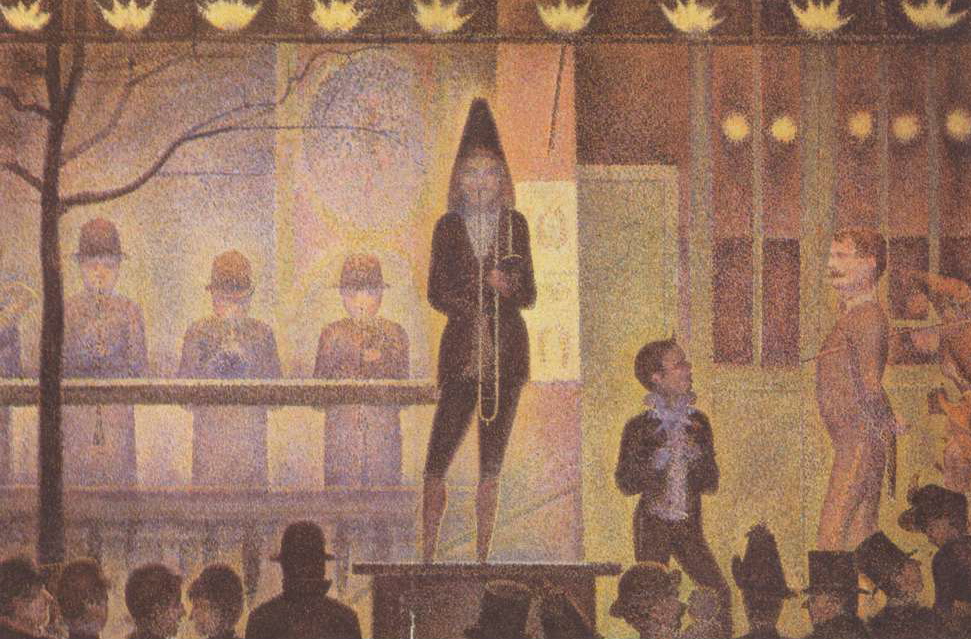 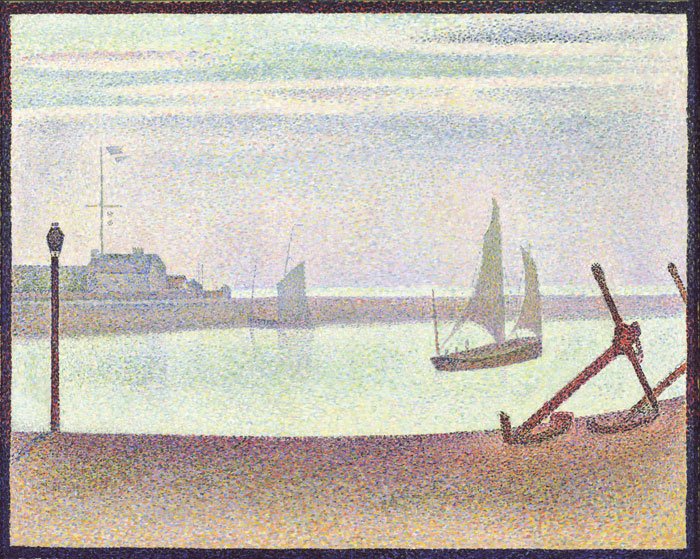 Georges Seurat’s, ‘Le Chenal de Gravelines: Un Soir,’ (1890) is on loan from the Museum of Modern Art in New York.

The process of pointillism involves replacing individual brushstrokes with systematically positioned dots of color, requiring a great amount of meticulousness and calculation. The visual effect is that of an overall optical illusion– the poetic light and atmosphere of Impressionism is captured, but holding everything in place is an underlying geometry of points, mixing mood with mathematics, placing individual motifs within a set scientific system, and ultimately intellectualizing the Impressionistic technique. Further, the eye can detect a distinctive visual effect– a subtle vibration amidst a hazy and luminous web of points. 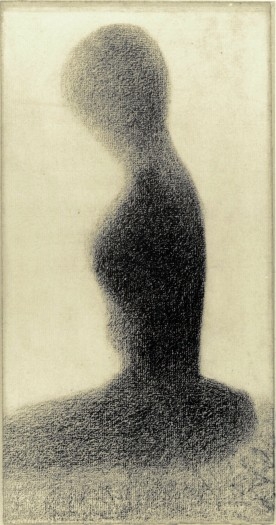 Georges Seurat, ‘Young Woman’ (1884)  Via Kroller-Muller Museum. “Pencil lines woven densely across the paper cause the subject to emerge as something vague and floating, or perhaps to vanish entirely (Kunsthaus Zurich).”

Born in 1859 to a wealthy family in Paris, Seurat was a colleague of Vincent Van Gogh and Paul Cezanne. He studied at the Ecole des Beaux-Arts where he developed a strong commitment to drawing. His work at large is well known for representations of vague and sometime floating figures in space– the central theme of the show at Kunsthaus Zurich. While he was a recognized master during his own lifetime, Seurat had a great impact upon later generations—most notably, the artists of the Bauhaus school of art in Germany, who were drawn to his avant-garde invention of pointillism. Seurat died at the very young age of 31, leaving his last major work ‘The Circus,’ unfinished. 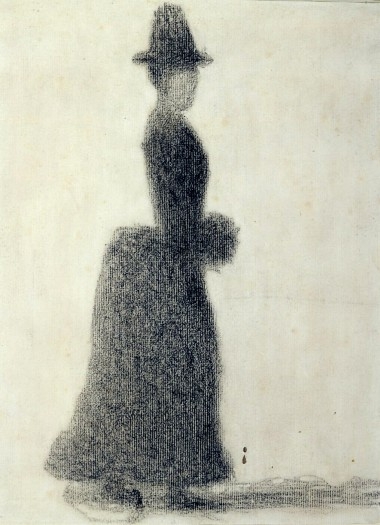 Georges Seurat, ‘Lady With a Muff,’ (1884)  Via Kroller-Muller Museum. Seurat began his career drawing and maintained a commitment to the medium– a result of his classical training while in school. “He was always content to give his subjects an individual, isolated appearance, on occasion to the point of parody (Kunsthaus Zurich).” 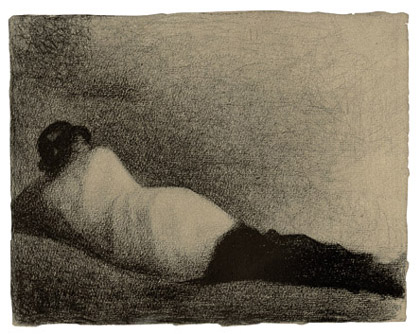 Seurat’s, ‘Reclining Man: Study for “Bathers at Asnieres’ (1883), on loan from a Swiss private collection, is one of many studies of a solitary figure in space. Via Kunsthaus Zurich. 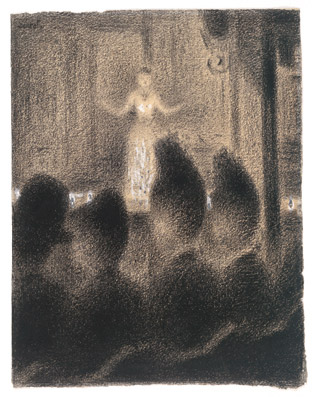 Seurat’s ‘At the Concert European,’ (1886-88), done with conte crayon, is on loan from the Museum of Modern Art in New York. His drawings are known for their luminous quality. 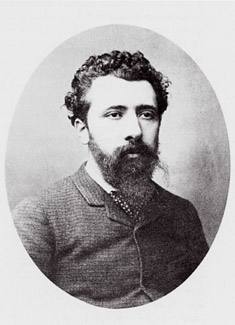 A portriat of Georges Seurat. The date and photographer are unknown. Via Kunsthaus Zurich.

The exhibit at Kunsthaus Zurich was organized by Kunsthaus Director Christoph Becker, along with Julia Burckhardt Bild. “Figures in Space” will be on exhibit through January 17th, 2010.

This entry was posted on Monday, November 9th, 2009 at 10:23 am and is filed under Go See. You can follow any responses to this entry through the RSS 2.0 feed. You can leave a response, or trackback from your own site.