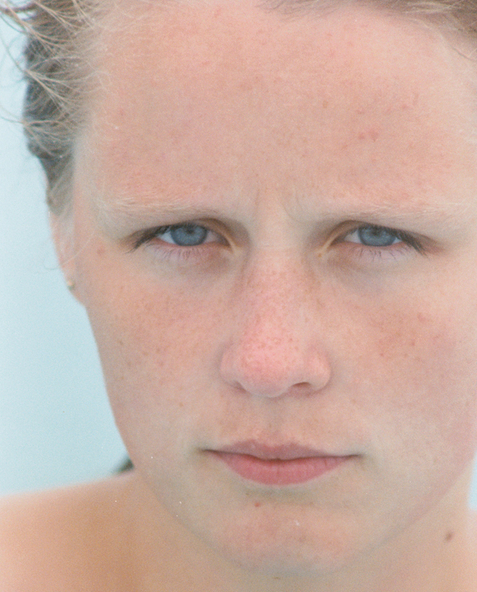 Roni Horn’s You are the Weather (1994-95) All images via the Whitney Museum of American Art unless otherwise noted.

Currently on view at the Whitney Museum of American Art is Roni Horn aka Roni Horn, a thirty-year retrospective of approximately seventy of the artist’s works, including drawings, sculpture, installations, photographs and artist’s books comprising two floors of the institution. Jointly organized by the Tate Modern, it is the most comprehensive survey of the artist to date. 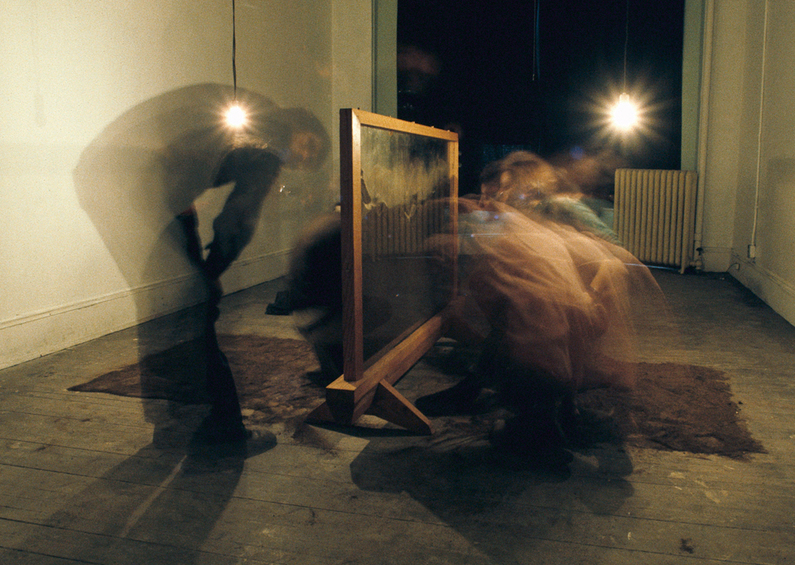 Roni Horn (b. 1955) produces work of incisive philosophical resonance which demands intensely focused concentration. Ruminating on the cyclical quality of nature and the eternal insistence of flux, her work often pulls from a variety of media. Using paint, photography, glass, steel and copper, her practice is as expansive as her conceptual palette. Horn explores identity and duality; sexuality and androgyny; words and text as a basis for understanding art; and the complex interrelationship between the image of the body and geographical landscapes. With roots in the Minimalist canon, Horn executes a severely controlled method, employing subtlety that forces the viewer to engage minuscule variations and mutations in her work. 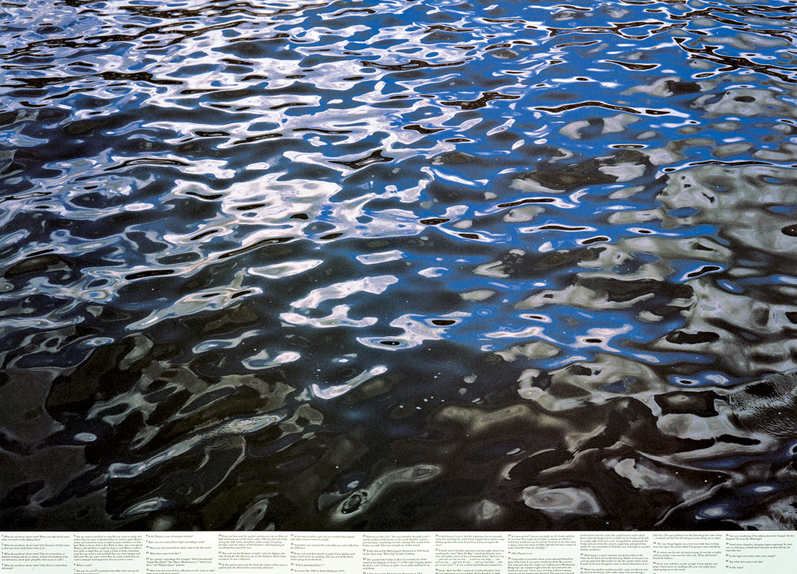 Still Water (The River Thames, for Example) is one of fifteen intriguing close-ups of the river Thames, its waves speckled with tiny white numbers. A deeply conceptual meditation on the interplay between light and water, the Thames as a recognizable subject recedes into abstraction. Here, Horn is playing with the elemental properties of water. Concerned with how the liquid morphs despite its consistent chemical makeup, Still Water is reflective of the apparently paradoxical nature of water to be equally circumstantial and extensive. Footnoting a continuous event, Horn is able to subvert the notion that photography is a static means of expression; her medium, in essence, becomes a metaphorical tool for understanding the water’s turbulent surface. 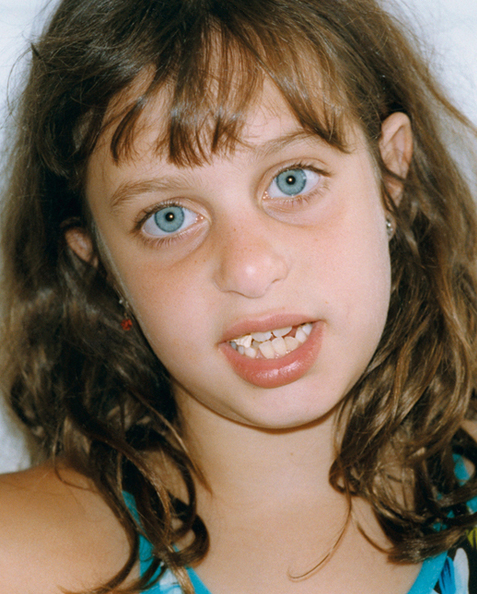 A tribute to the sensual aspect of her work, Horn’s This is Me, This is You frustrates endeavors to place Horn within any neat stylistic category. An explicit effort to reconcile materiality and subject, the piece renders an extremely personal representation unattached to formal doctrine.

Bird exudes a profound sense of quiet and isolation indubitably resultant from the artist’s numerous excursions to Iceland. Since 1990, Horn has mined the country’s rich ecological resources as inspiration for her photographs of lava, geysers, glacial rivers and hot pools. Bird invokes the cold habitat of the region while exploring duplicitous points of view to exploit subtle optical differentiations in color and temperature. In this way, Horn elicits a gradual analytical gaze from her viewer, from which arises a continually morphing image. 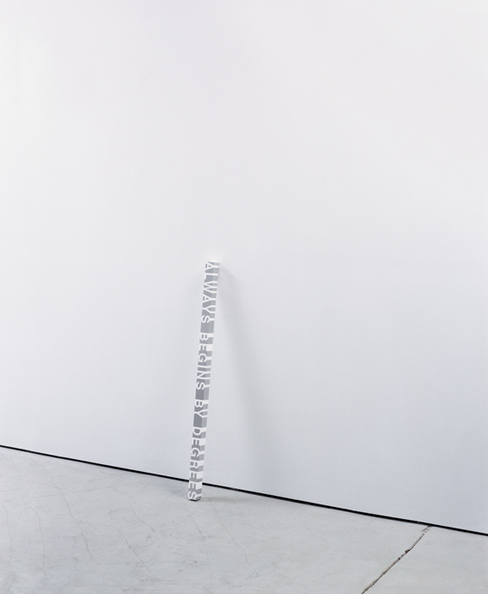 Citing Horn’s interest in the power of writing and language as a source of visualization, White Dickinson projects lines from Emily Dickinson through cast plastic lettering embedded on aluminum poles. Describing her works as “site-dependent,” Horn furthers the Minimalist principle of site-specificity by regularly installing a single piece on opposite walls, in adjoining rooms, or throughout a series of buildings, thereby manipulating the viewer’s referential orientation. The Whitney Museum augments this concept on a greater, structural level, by dividing the artist’s retrospective between two floors.

A testament to Horn’s fascination with the human tendency to ascribe our own traits to nature, Becoming a Landscape references the extreme mutability of Iceland (the site of the portrait), as well as the photographer’s aim to elicit scenic imagery from the facial topography her subject. In Becoming a Landscape, the magnetic ambiguity between not-quite-identical shots is also present in the implicit dialogue between viewer and subject. 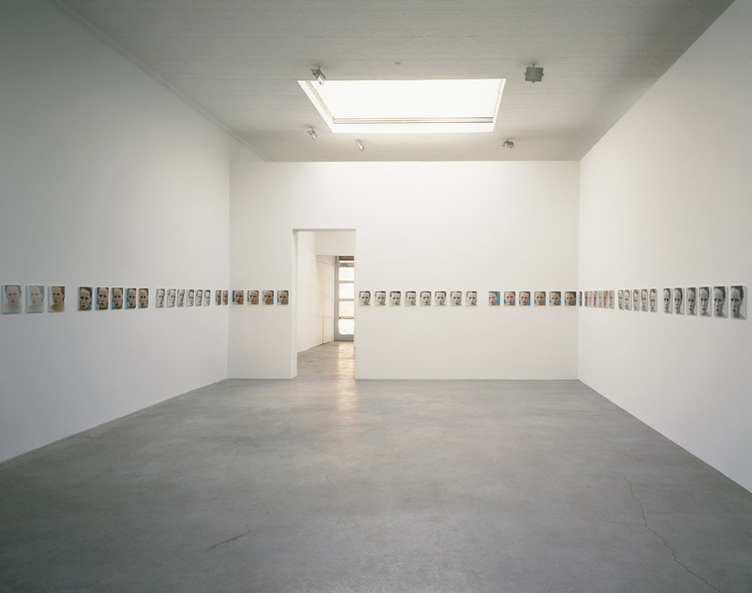 As an installation of one hundred close-up photographs of a woman, taken in hot pools in Iceland during changing climactic conditions, You are the Weather (1994-95) intimately follows the interplay between a female and the elements, as well as the unspoken exchange between viewer and subject. Since only hints of the context emerge from the photographs, one is left initially conjecturing at what is causing the subject’s perspiration. Incorporate in the scheme of a “photographic surround,” syncing architecture and art, design and concept, You are the Weather exposes the viewer to a single portrait via a multitude of images. The piece plots a prevailing theme in Horn’s work: momentary shifts in recognition that lie at the crux of identity. 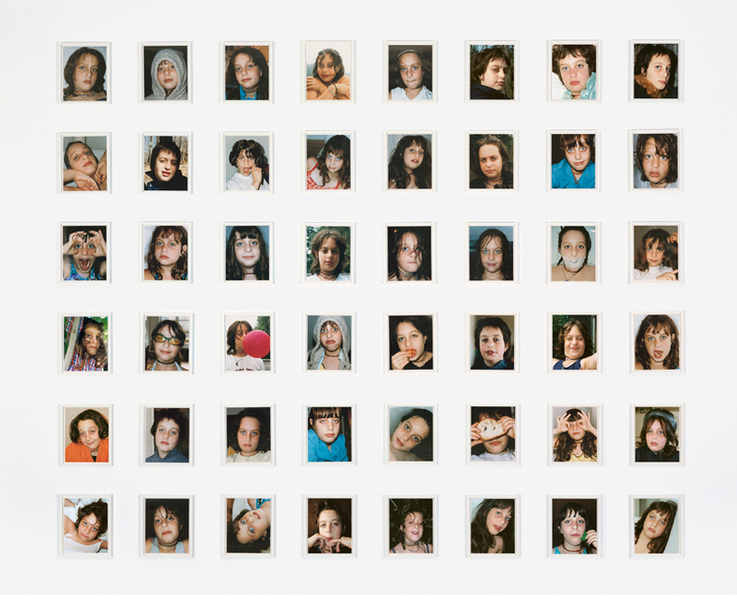 Exhibition view of the ninety-six chromogenic prints making up Roni Horn’s This is Me, This is You (1998-2000)

This is Me, This is You (1998-2000) consists of two separated panels of forty-eight paired photographs of Horn’s niece, Georgia, as she tries on different personalities to greet imminent adulthood. This mosaic of mutations signifies a composite portrait of Georgia, gripped by the ebb and flow of adolescence. 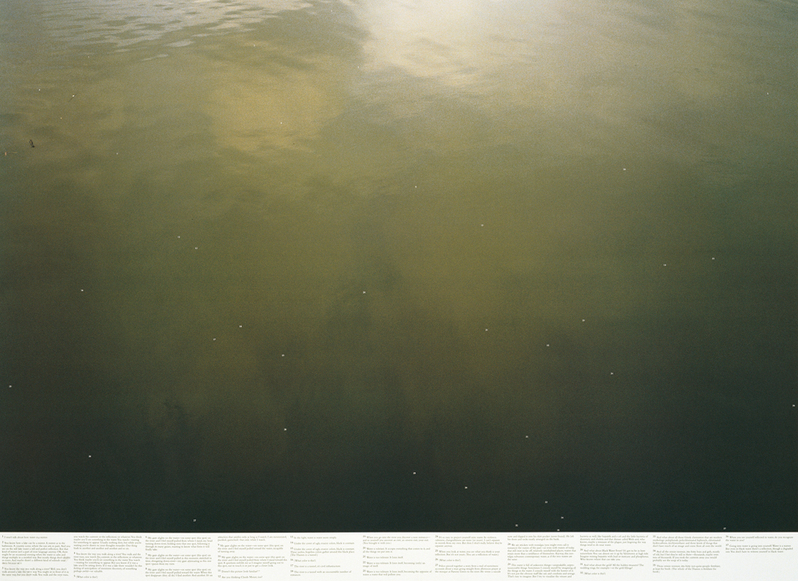 An account of the palpable, icy consciousness laden in the banks of the Thames, Horn’s Still Water (The River Thames, for Example) vets the relationship between humans and their surrounding environment. As the persistence of sweeping psychological and physical terrains in her work might suggest, Horn’s awe at the magnificence of nature assuages a starkness that fragments of geothermal Iceland could otherwise convey. Seldom does art so compellingly implore one to probe more deeply past the surface layers. 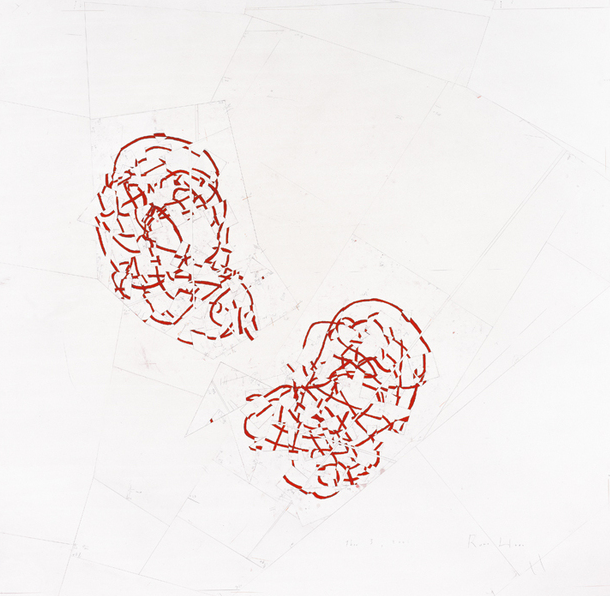 This entry was posted on Saturday, December 19th, 2009 at 1:00 am and is filed under Go See. You can follow any responses to this entry through the RSS 2.0 feed. You can leave a response, or trackback from your own site.