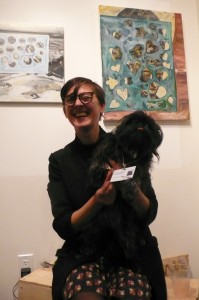 The first Art Los Angeles Contemporary annual international contemporary art fair kicked off last night at the Pacific Design Center in West Hollywood, California. Open through January 31st,  the fair presents 55+ galleries from around the world, with an emphasis on leading Los Angeles based galleries. The fair’s opening reception presented a playground for art patrons, designers, musicians, actors and architects alike in an appropriate closing to Los Angeles’ January Arts Month. While some Angelenos remain skeptical of another Art Fair, a critique set off in domino effect by the LA Times’ announcement of the fair, Curator Helen Varola arranged a diverse series of speakers and panels, in addition to securing an eclectic group of galleries and artists from around the world. Highlights included Los Angeles galleries such as David Kordansky, Kim Light / Light Box, Blum & Poe and Honor Frasier, as well as spaces with international arms, such as Peres Projects, and Crisp, and New York favorite Gavin Brown’s Enterprise.

Not only is this the first time that an art fair is being held in the design center, but the Pacific Design Center is owned by Charles S. Cohen, who had envisioned such symbiosis of art, design and architecture. Angelenos Anthony Kiedis of the Red Hot Chili Peppers, Joe Hahn of Linkin Park, and actresses Drew Barrymore and Rachel Griffiths stopped by during the evening to lend their support. 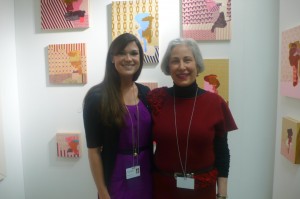 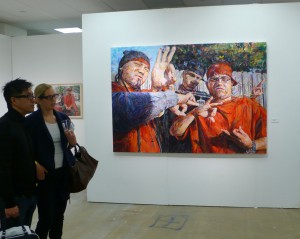 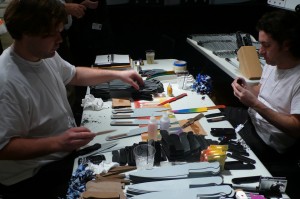 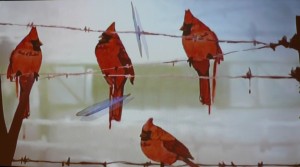 All images via Art Observed

This entry was posted on Friday, January 29th, 2010 at 8:14 pm and is filed under Art News. You can follow any responses to this entry through the RSS 2.0 feed. You can leave a response, or trackback from your own site.