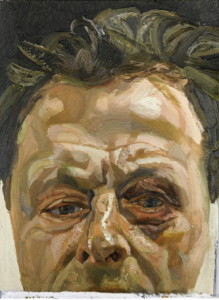 Sotheby’s auction house will kick off this week’s major round of contemporary sales in New York with an 80 lot sale that is expected to realize in excess of £32 million on Wednesday, February 10. Christie’s expect to fetch at least £26,290,000 from 52 lots at their evening sale on Thursday, February 11. In November, Sotheby’s Postwar and Contemporary Sale in New York marked a major turning point in art market history when Andy Warhol’s 200 One Dollar Bills, sold for $43,762,500 over an estimate of $8-12million. The coming week could therefore be seen as an important one in establishing price-levels in a still relatively undetermined contemporary art market – the area most heavily effected by the global recession.  The many heavyweight pieces on offer this week undoubtedly reflect a confidence in sellers resulting from November’s impressive sale – the sales are spearheaded by important and rare works by Peter Doig, Yves Klein, Lucian Freud, Gerhard Richter, Chris Ofili, Neo Rauch and Martin Kippenberger. Contemporary week also falls in the wake of the incredible $104.3 million sale of Giacometti’s “L’homme qui marche I” (The Striding Man I) at Sotheby’s that set a new world record by becoming the most expensive work of art ever sold at auction. This week overall, Sotheby’s and Christie’s expect to bring in at least $365.3 million combined, $144.6 million in 2009, up from $332.5 million in February 2008.

Sotheby’s star lot is a recently rediscovered self-portrait by the celebrated British artist Lucian Freud. Self-Portrait with a Black Eye was painted in 1978 following an altercation between Freud and a taxi driver – with characteristic eccentricity, Freud ignored the pain and inconvenience from a punch in the face and retreated to his studio to immediately create a work using the circumstance as inspiration. The image has remained in a private European collection for the past 30 years and is expected to fetch between £3-4 million. Discussing the self-portrait, Sotheby’s Senior Director and Senior International Specialist in Contemporary Art, Oliver Barker, said: “The sale of this remarkable rediscovery, which exhibits all the psychological intensity and painterly virtuosity of Freud’s most celebrated works, represents only the third time a self-portrait by the artist has ever appeared at auction.” The last self-portrait by Freud to be offered at auction was in 2005 at Sotheby’s Contemporary sale in London – Man with a Feather (self-portrait) sold for £3.7 million – the record for a self-portrait for the artist.

Self-Portrait with a Black Eye headlines a group of five important works by the artist in the auction that have come from the same collection – the sale conveniently coincides with the Retrospective of Freud’s work at the Pompidou Centre in Paris. 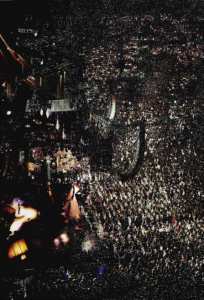 Another work on offer at Sotheby’s Contemporary sale is a nine-foot tall, Andreas Gursky photograph of a Madonna concert taken – the photograph was a gift to the singer from the artist himself and is inscribed “For Madonna” on the reverse side – the pre-sale estimate is £900,000 to 1.3 million. While Sotheby’s have not disclosed the name of the present seller, who has had possession of the picture since 2005, Lindsay Pollock speculated whether it could be the singer’s ex-husband Guy Ritchie. 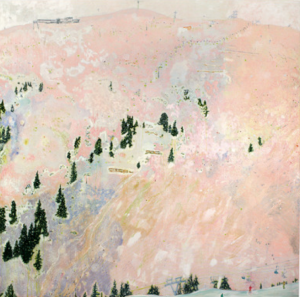 Another highlight of Wednesday’s sale at Sotheby’s is Peter Doig’s Saint Anton (Flat Light) that is expected to fetch at least £2 million. In 2009, Christie’s realized three of the four highest ever prices for works by Peter Doig. Along with Sotheby’s offering, Christie’s will offer another important painting – Concrete Cabin West Side – inspired by a building in northeast France designed by Le Corbusier, the large-scale canvas is estimated to realize £2 million to £3 million.

Christie’s sale is highlighted by an important group of works from the early 1960s which are united by their expression of art during the Space Age – arguably the most influential period of Post-War history. The work that dominates the sale is the masterpiece Relief éponge (RE47II), one of only two gold sponge reliefs ever created by Yves Klein. The painting was acquired by the present owner in 1980 directly from the collection of Francois de Menil, the son of Dominique and Jean, the celebrated collectors, philanthropists and founders of the museum in Houston of the same name. It is expected to realize between £5-7 million.

The second Klein on offer is the largest of only six works from his Anthropométries series to incorporate a mixture of fire and blue pigment. The Anthropométries series which saw Klein attempt to become one with the immaterial realm through the practice of levitation or, as he famously referred to it, ‘Leaping into the Void.’ Klein sprayed paint around the contours of the model’s body leaving a shadow-like image, with fire from a Bunsen burner leaving golden patterns on the paper ground.

This entry was posted on Monday, February 8th, 2010 at 6:48 pm and is filed under Art News. You can follow any responses to this entry through the RSS 2.0 feed. You can leave a response, or trackback from your own site.

One Response to “AO Auction Preview – London: The January Post-War and Contemporary Auctions Begin at Sotheby’s”