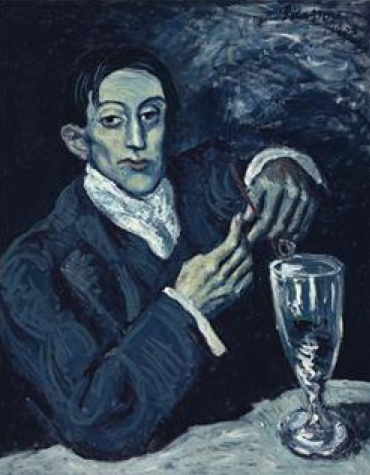 Christie’s, London have announced that they will offer an important and highly celebrated masterpiece by Pablo Picasso in their evening auction of Impressionist and Modern Art in London on 23 June 2010. Painted in 1903, Portrait of Angel Fernandez de Soto, gained notoriety as the subject of a lengthy legal battle over how it came to be sold during the Nazis rise to power in Germany.  The painting had been consigned for sale at Christie’s in New York in November 2006 but was withdrawn from the auction at the request of the vendor, The Andrew Lloyd Webber Foundation, after an 11th hour ownership challenge from German Professor, Julius Schoeps, based on the sale of the painting in the 1930s. In January this year, representatives of Mr. Schoeps announced they had reached a settlement agreement with the trustees of The Andrew Lloyd Webber Art Foundation, relinquishing all claims of title to the painting. The painting was acquired at auction in New York in May 1995 for $29.2 million by The Andrew Lloyd Webber Foundation - a charity founded by the celebrated composer in 1992 to promote arts, culture and heritage in Britain. On this occasion, Christie’s have valued the painting at £30 million to £40 million – potentially, a record-breaking price for the artist – and all proceeds will benefit The Andrew Lloyd Webber Foundation.

This entry was posted on Thursday, March 18th, 2010 at 2:13 pm and is filed under Art News. You can follow any responses to this entry through the RSS 2.0 feed. You can leave a response, or trackback from your own site.