Don’t miss James Rosenquist’s exhibition of new works at Acquavella Gallery, New York. The exhibition is an extension of Rosenquist’s perennial fascination with the Universe and the Unknown, as well as Time and Space. The artist said of his obsession: “There’s so much we know nothing about.  Here we are in our natural environment and the mysteries of the universe are all around us. I want to paint these mysteries.” [Gallery Press Release]

These concerns have developed within the exhibition into two separate yet intertwined themes. Firstly, The Hole in the Middle of Time, which comprises seven works all of which feature clock faces that appear to melt and smash into one another. Moreover, the largest of the three have had mechanized spinning mirrors assimilated into their structure. Secondly, The Hole in the Wallpaper constitutes a series of fourteen motorized canvases, each a small-scale rendition of an earlier work. In this instance the mirrored element of each work is static whilst the canvas turns around it, thus the viewer is reflected as a constant component of the piece. 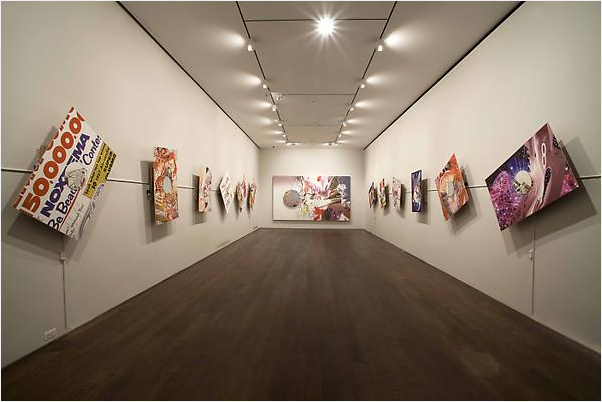 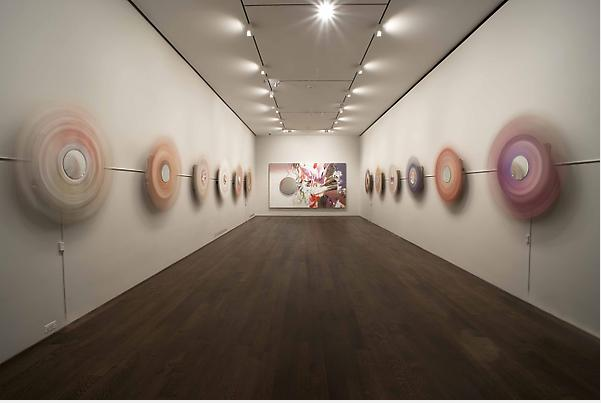 Be sure to review the exhibition catalog where Rosenquist expands on all of his influences and inspiration in ‘The Hole in the Wallpaper: Conversations with James Rosenquist,’ an essay by Sarah Celeste Bancroft.

This entry was posted on Wednesday, March 17th, 2010 at 12:04 am and is filed under Go See. You can follow any responses to this entry through the RSS 2.0 feed. You can leave a response, or trackback from your own site.

One Response to “Don’t Miss – New York: James Rosenquist at Acquavella through March 19, 2010”