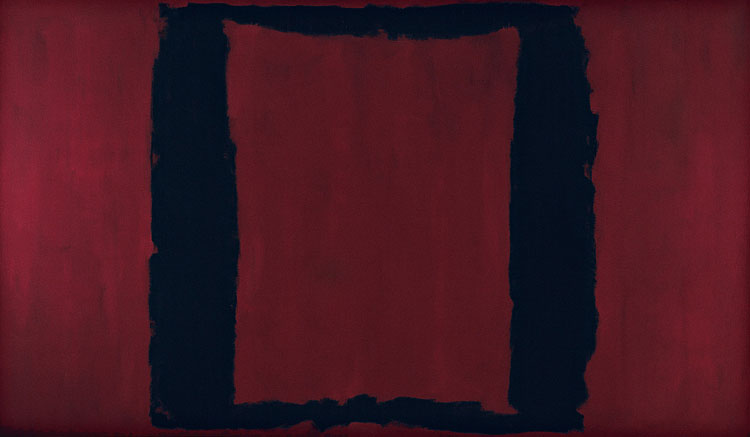 Mark Rothko, Black on Maroon, Mural, Section 3 (1959), from “The Seagram Murals” via ArtInfo

Mark Rothko’s beautiful work The Seagram Murals returns to Tate Liverpool after more than twenty years since it opened the museum in 1988. The entire ground floor gallery has been altered for the show – the walls being painted grey according to Rothko’s specification and mood lighting installed in order amplify the dramatic qualities of the piece, creating a complete emotive viewing experience. 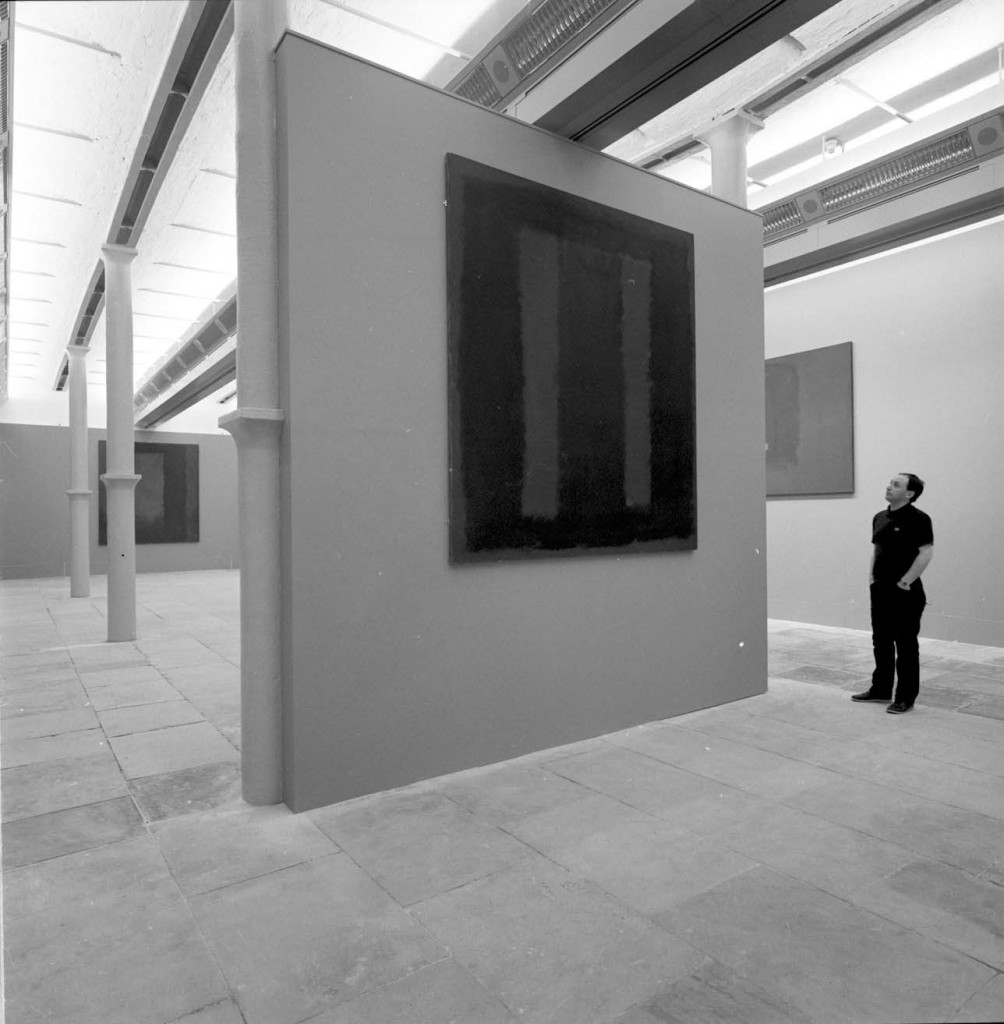 The series was a commission given to Rothko in 1958 by The Four Seasons restaurant in the Seagram Building, New York.  Rothko’s methods of production were extremely fastidious; he transformed his studio to match the exact dimensions of the restaurant and did three versions of the series developing, refining and reworking each time. However, despite such elaborate lengths and after exclusively dedicating months of his time to the project he came to the conclusion that a fashionable restaurant was an inappropriate context for the display of his works and hence the series was never installed.

Taken from the second and third versions of the series, the paintings at Tate Liverpool patently illustrate the genesis of a new phase in Rothko’s artistic practice; namely, his divergence to more geometric and structural forms, as opposed to his columns of linear layering.  Equally as the series progressed he departed from his original use of light and vivid colors to moody, dark reds and blacks. In this instance Michelangelo’s Laurentian Library in Florence, and other somber murals discovered in Pompeii, largely inspired him. Rothko explained Michelangelo “achieved just the kind of feeling I’m after – he makes the viewers feel that they are trapped in a room where all the doors and windows are bricked up.”

Rothko gave the paintings to the Tate in 1968 – 69, apparently out of the greatest respect and appreciation of British artists, most particularly JWM Turner.

This entry was posted on Sunday, March 14th, 2010 at 10:23 pm and is filed under Go See. You can follow any responses to this entry through the RSS 2.0 feed. You can leave a response, or trackback from your own site.