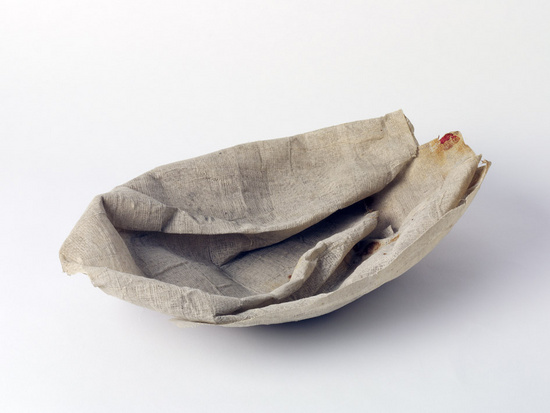 Currently on show at Hauser & Wirth, through April 24, is a series of small sculptures by Eva Hesse that are essentially fragments rescued from her studio. They are fragile and diaphanous in substance, almost anti-sculptures. A year before her death, in 1969, Hesse wrote of her desire “to get to non-art, non-connotive, non-anthropomorphic, non-geometric, non-nothing; everything…It’s not the new, it is what is yet not known, thought, seen, touched; but really what is not and that is.” Though not quite there, or not quite anything, the works, nonetheless, feel significant and demanding. As Leslie Camhi wrote for the New York Times blog, though the work in the exhibition seem closer to prototypes to autonomous works of art, they are compelling in revealing those familiarly Hesse-ian themes: “plasticity, an engagement with ephemeral materials, the elusive and incomplete nature of memory, and a redolent corporeality.” 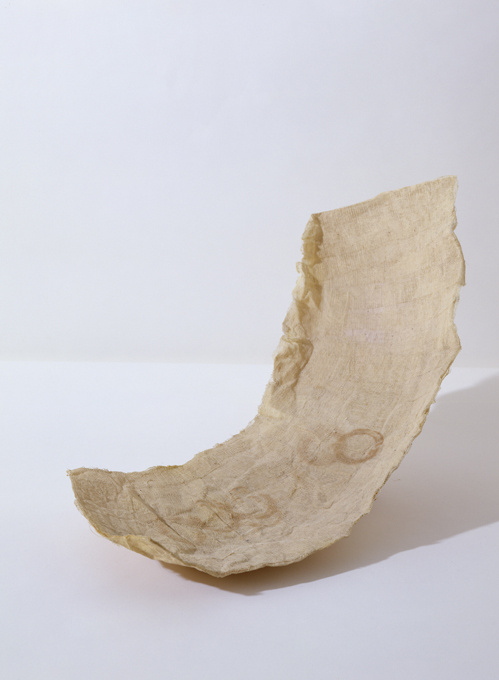 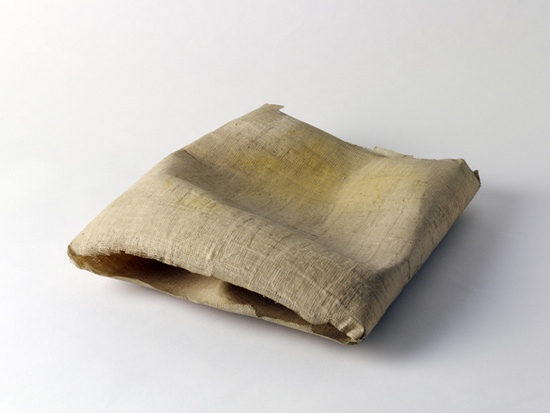 Included in the exhibition are fourteen sculptures, eleven of which are made with papier-cache, a process similar to papier-mâché but assembled using paper, tape, cheesecloth and adhesive. As experiments in the creation of sculptural forms, these maquettes offer an interesting and intimate insight into the artist’s creative thought processes. They are provocatively ambiguous, simultaneously evoking fragments of body parts, organic forms, parchment and debris. Even their shapes are indeterminable. Interestingly leading art historian Briony Fer has sort to contextualize these works within Hesse’s oeuvre, using the name ‘studioworks’ as a collectively descriptive term for their existence. Fer’s hypothesis is that the “precarious nature” [Press Release] of these works puts them at the epicenter of Hesse’s artistic practice, not least for their quizzical probing of the definition of sculpture itself. 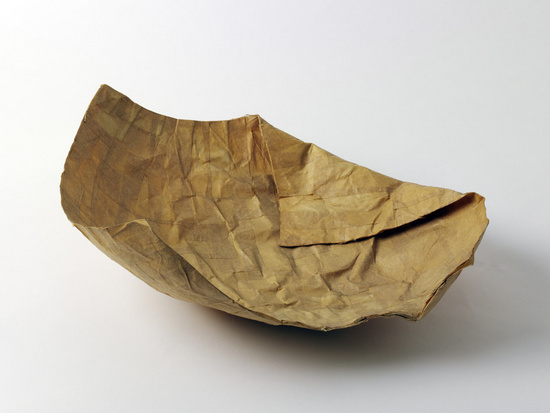 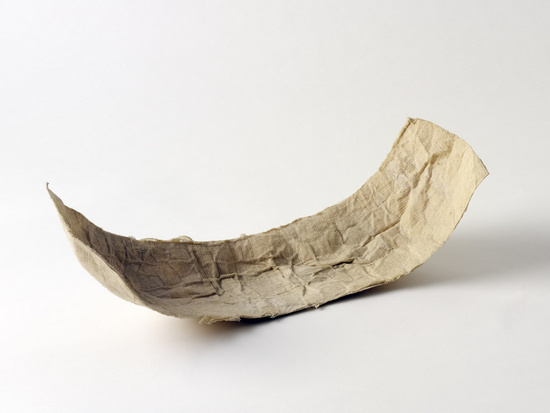 In their essence and in their display – on a plinth that alludes to the artist’s workbench in the studio – they are seemingly entirely ephemeral. In 1960s New York, Hesse was affiliated with a group of artists, including Robert Morris, Bruce Nauman, Richard Serra and Robert Smithson, whom similarly employed materials that had a transient and mutable quality. As the press release eloquently states, “much of the tumescent, life-affirming power of Hesse’s art derives from this confident embrace of moment.” 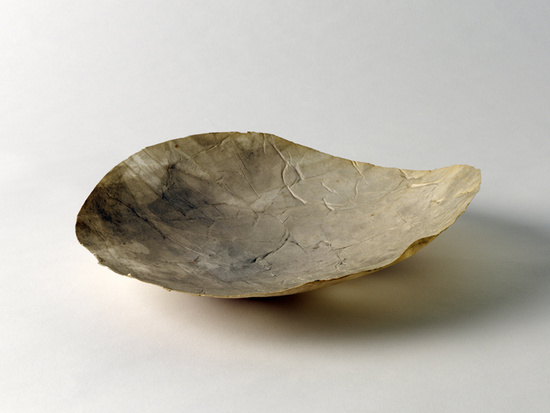 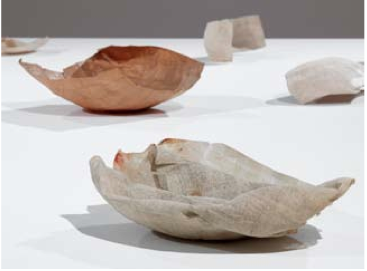 Simulator at Sywell gives members of the public the chance to experience ‘flying’ a jet liner.

Northampton Chronicle and Echo (Northampton, England) October 7, 2011 AS the mountains rise up in front of me and the mist and clouds gather in what is a rotten day in Austria, I wonder how the heck I am going to land this massive hulk of an aeroplane.

I have had no flight training whatsoever but, as I effortlessly fly the plane through the mountain peaks, I spot the lights of the runway, release the landing gear and get ready to try not to crash in a fiery ball of screaming and mayhem.

The cockpit I’m sitting in looks so real, complete with in-flight entertainment buttons, ‘fasten your seatbelt’ lights and about 100 other levers and dials which I feel the strong temptation to play with.

But, fortunately for any imaginary passengers who would certainly meet their untimely deaths in an actual plane with me at the helm, there is nothing real about the scenario.

The ultra modern cockpit is in fact tucked away in a room at Virtual Aerospace, Sywell Aerodrome, and is a 737 Simulator — one of about five in the country.

The impressive [pounds sterling]250,000 piece of equipment was brought to Sywell earlier this year by husband and wife team Mark and Amanda Furber so that everyone from trainee pilots to people who simply have unfulfilled aspirations to fly can have a go in a simulated Boeing 737 environment.

Mark, who meets me in full pilot uniform (making me feel a little scruffy in my jeans and jumper), said that the 737 airliner is the type commonly used by easyJet and Ryanair.

He explained how the project all came about.

He said: “When I left school I was an air traffic control assistant at Cranfield and I loved flying. Then 16 years ago I took my PPL and started my commercial licence but ran out of money.

“Then I found myself in business and spent five years running from business to business before starting my own business (in internet marketing) which grew quite large and was sold to a PLC a few years ago. barrelrollgoogle.com barrel roll google

“I thought I was a bit too old to be an airline pilot but it wasn’t the kind of job I wanted to do anyway, being married with kids. I have always fancied this but it did not exist before.

“Now there are only about four or five of these simulators in the country and only two or three of them will allow people to have this experience.” And the people who have been travelling from far and wide to try the simulator out are quite a mixed bunch.

Mark said: “There are so many frustrated airline pilots out there, we wanted to put something together which was more than just a flight simulator.” The simulator is so accurate, to the finest detail, that 20 per cent of the people who come to use the machine are actual airline pilots.

It is possible to use the simulator to select specific airports, so it can be useful practice for some pilots who want more experience in dealing with the world’s trickier runways.

But the simulator is also popular with those who have always dreamed of becoming a pilot but never managed to turn that into a reality.

Mark said: “We have a lot of Easyjet pilots who are looking to move from the A320 to a Boeing aircraft. When you go to an airline you do a simulator assessment so lots of people come here to prepare for that.

“We are working with a senior examiner and putting together a training course that will take people from the end of their licence and teach them how to work as part of a crew on a jet.” The cockpit environment is so realistic, it is possible to totally immerse yourself in the world of an imaginary airline. According to Mark, he has even had people turning up in full pilots’ uniforms and wanting to make pre-flight announcements.

During my flight, I do none of these things, but simply practise a take-off and landing at Innsbruck, which I deftly manage thanks to Mark’s careful step-by-step guidance.

And, according to Mark, it is possible to crash the plane, although the sounds and sensations created by the simulator in this event make it sufficiently alarming for people to avoid doing this. in our site barrel roll google

Mark demonstrates a barrel roll in the plane and suddenly the mountains are above us but, as he explains, the simulator allows people to explore the capabilities of 737 aircrafts which are not normally explored.

Having done this in a real life plane before, I appreciated the chance to experience the barrel roll with none of the sick feelings which accompanied it for me last time.

And for many other people who take part the simulator offers an escape from reality.

Mark said: “We had a 14-year-old boy in recently from Australia who wanted to be an airline pilot but last year found out he had a retina problem in his right eye.

“He was devastated and it completely destroyed his dream, but we said it doesn’t stop him from experiencing being an airline pilot. It still allows people to live or fulfil their dreams, albeit not at a full level.” Virtual Aerospace runs five or 10 hour training courses, although shorter sessions of 30 minutes or an hour are also available.

This entry was posted on Thursday, April 15th, 2010 at 7:07 pm and is filed under Go See. You can follow any responses to this entry through the RSS 2.0 feed. You can leave a response, or trackback from your own site.