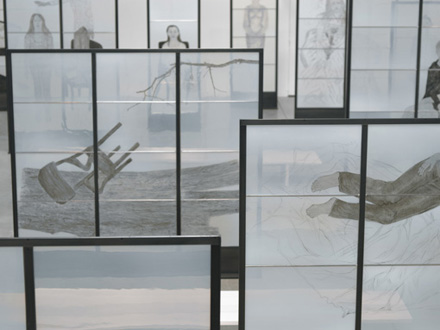 Currently on view at The Pace Gallery‘s location on 545 W 22nd Street is Kiki Smith: “Lodestar.” A parallel narrative to this exhibition can be found in “Sojourn,” Smith’s concurrent solo show now on view at the Brooklyn Museum (through Sept 12). “Sojourn” marks the artist’s first major museum show in New York since a mid-career survey at the Whitney Museum in 2006. “You have to hit the ground running,” Smith recently told the New York Times, in reference to her process. Ever busy, the artist has also recently been commissioned to design a 16-foot-high window for the Eldridge Street Synagogue in New York’s Lower East Side. The historic landmark is scheduled for completion later this year.

The west coast also welcomes the artist’s presence this year: through August 15, 2010, Seattle’s Henry Art Gallery is showing “Kiki Smith: I Myself Have Seen It,” which explores the role of photography in the development of Smith’s aesthetic. The exhibition will travel to the Frances Young Tang Teaching Museum and Art Gallery at Skidmore College in the fall and to the Mary and Leigh Block Museum of Art, Northwestern University in the spring of 2011. 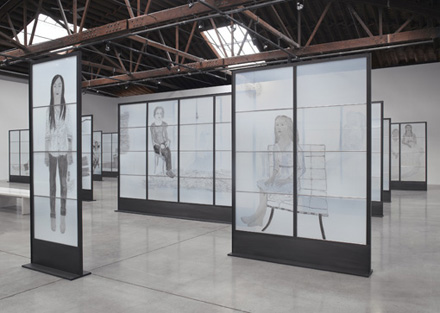 Similar to the themes present in “Sojourn,” which explores the female lifecycle, from birth to death, “Lodestar” is rife with religious and mystical symbolism offset by contemporary realism. Composed of thirty hand-painted glass panels chronicling women in various stages of life, the exhibition is laid out in one single group. Painted in a detailed style reminiscent of etching, these works revel in their feminine details. Smith first became interested in glass through Christopher Wilmarth, a friend of her father, minimalist sculptor Tony Smith. Ms. Smith says that she took a liking to blown and solid glass early in her career (the mid-1980s), an era which she laments, “suffered [from] ‘a tremendous cultural bias since this type of work was considered craft and really dismissed.’”

Smith has been working in this medium for over twenty years, and has spent the last five years working on the series presented in “Lodestar.” The panels began as collage drawings, and evolved into their 3D selves with the help of architect Bill Katz, who designed the stands for the characters. The installation, which reads like a life-size, serious Candyland, has three benches, also designed by Katz, which allow the viewer to see the narrative in both recto and verso. 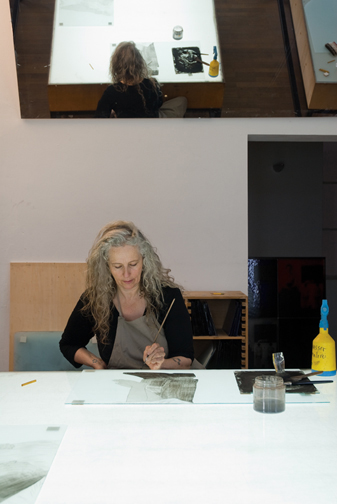 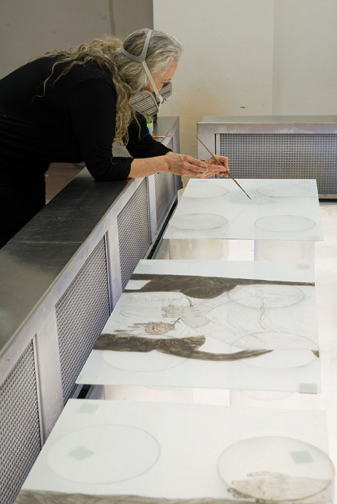 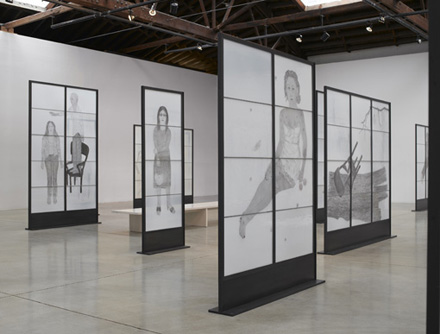 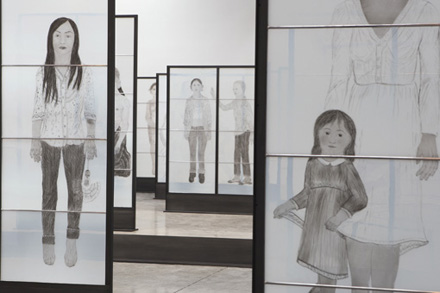 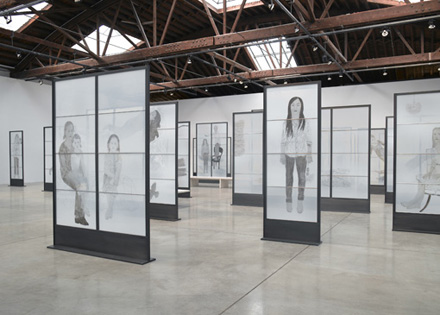 This year, Smith was the recipient of the Theo Westenberger Women of Excellence Award, as well as the Nelson A. Rockefeller Award from Purchase College’s School of the Arts. Her many accolades also include the Women in the Arts Award from the Brooklyn Museum (2009), the 50th Edward MacDowell Medal (2009), the Medal Award from the School of the Museum of Fine Arts, Boston (2006), the Athena Award for Excellence in Printmaking from the Rhode Island School of Design (2006), the Skowhegan Medal for Sculpture from the Skowhegan School of Painting and Sculpture, Maine (2000), and Time Magazine’s “Time 100 : The People Who Shape Our World” (2006). Smith was elected a member of the American Academy of Arts and Letters, New York, in 2005. Kiki Smith lives and works in New York City.

This entry was posted on Friday, May 28th, 2010 at 1:00 am and is filed under Galleries, Go See. You can follow any responses to this entry through the RSS 2.0 feed. You can leave a response, or trackback from your own site.