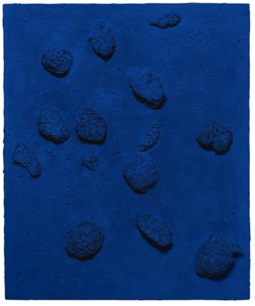 Expectations are high for this week’s Contemporary Art auctions at Sotheby’s and Christie’s in London.  The auctions, which will take place between June 28th and July 1st, will feature sought after works by several important artists, including Yves Klein, Gerhard Richter, Andy Warhol, Jeff Koons, Richard Prince, Lucio Fontana, and Jean-Michel Basquiat.  The strength of the works being sold is the result of buoyed seller confidence following a recent series of record-breaking auction results, such as the sale of a Picasso for $106.5 million in May at Christie’s in New York and 43.2 million euros for a Modigliani sculpture this month at Christie’s in Paris.  Sotheby’s evening auction carries a low estimate of £38.3 million for 53 works, while the Christie’s Post War and Contemporary evening sale carries a low estimate of £40.9 million for 63 lots.  Last summer’s Contemporary Art sale at Sotheby’s, which was expected to bring between £19.8-27.4 million, brought in £25.5 million for 40 lots. The comparable Christie’s auction last year brought just over £19 million for 40 lots with a low estimate of £17.4 million.

At Sotheby’s, all eyes will be on an Yves Klein sponge painting from 1961 titled Re 49 and dedicated to the artist Charles Wilp.  This large-scale work comes from the collection of the Munich-based HypoVereinsbank and is estimated to bring £4.5-6.5 million. 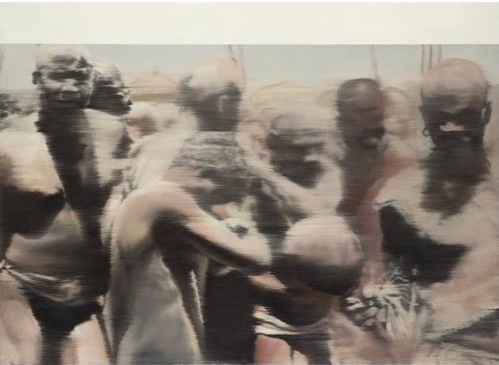 Also making its way to the auction block is an early work by Gerhard Richter titled Neger (Nuba) that is expected to bring £3.5-4.5 million.  Created when Richter was 32 years old, this photo-painting is based on a photograph originally published in a German magazine, Kristall. The photo of Nuda tribe members in Sudan was clipped from the magazine by the artist’s aunt, who had a habit of sending her nephew bundles of magazine clippings every few weeks. 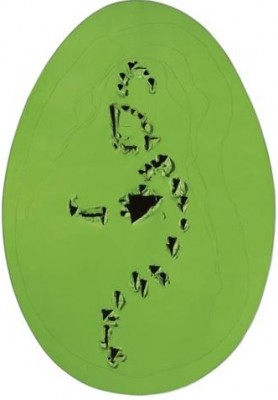 Another highlight of this auction is an egg-shaped canvas by Lucio Fontana, the Argentine-Italian founder and chief developer of the Spacialism movement.  One of the few of Fontana’s works to be uniquely titled, Concetto Spaziale, La Fine Di Dio exhibits impasto-style painting using materials and methods developed by the artist himself. 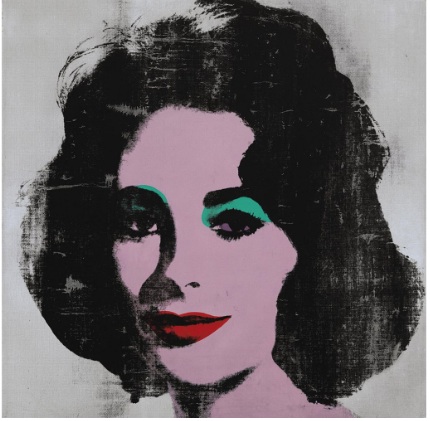 The Sotheby’s auction includes a self portrait of Andy Warhol as well as one of his Jackies, but neither are expected to bring as much as the Silver Liz for sale at Christie’s this week.  Only one of two works in which Warhol highlighted the actress’s unusually colored eyes, this canvas was last seen on the market in 1989. Back then it carried a low estimate of $1.5 million and failed to sell. This year the auction house hopes it fetches £6-8 million. 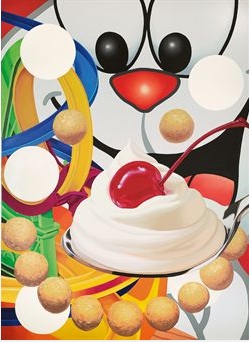 A 1999 oil painting by Jeff Koons, Loopy, is estimated to bring nearly four times as much as another work by the artist, also from 1999, for sale at Sotheby’s this week. Both pieces are from the artist’s Easyfun series, first exhibited in an eponymously titled exhibition at the Sonnabend Gallery in New York in 1999.  Loopy was included in that original exhibition of three paintings and a series of mirror animal-form cutouts, like the one for sale at Sotheby’s. 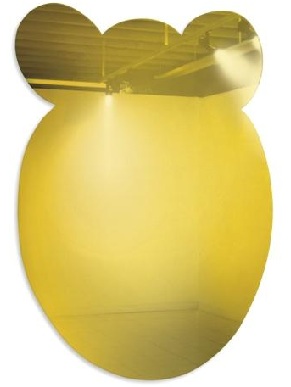 Other lots to watch at Christie’s are a 1982 painting by Jean-Michel Basquiat, Woman Reading by Roy Lichtenstein, and a 2004 work by Cy Twombly created by the artist in his home off the coast of Italy.  Each of these lots is expected to bring around £3 million.

This entry was posted on Sunday, June 27th, 2010 at 1:00 am and is filed under Auction Results. You can follow any responses to this entry through the RSS 2.0 feed. You can leave a response, or trackback from your own site.