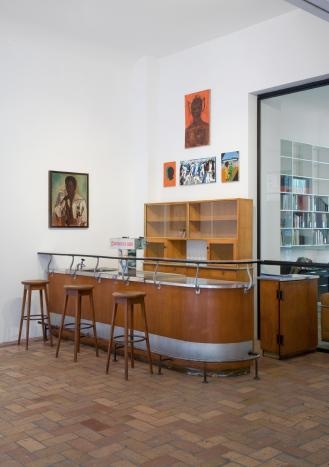 ‘Self-Consciousness’ at VeneKlasen Werner, Berlin, features the portraits of 41 international artists.  Curators Hiltons Als and Peter Doig selected pieces that represent the diversity and evolution of modern portraiture: artists come from several generations, use varying media, and range from established to outsider.  ‘Self-Consciousness’ juxtaposes distinct artists and their work in such a way that questions the definable qualities of portraiture.  Despite myriad styles and genres, many of the artists share a common exploration of themes of sexuality, race, and gender.  Among the featured artists are Boscoe Holder, Giorgio de Chirico, Alice Neel, Glenn Ligon, and Chris Ofili. 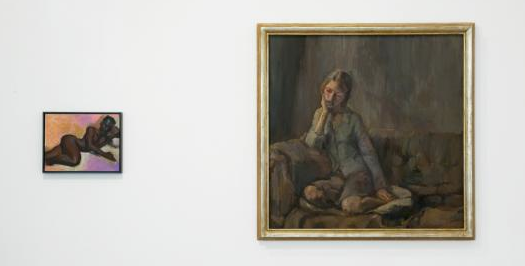 The late Boscoe Holder (1921-2007) is central to the exhibition. Trinidadian, self-taught, and largely geographically isolated during his career, Holder differs from featured established masters.  Holder’s portraits draw from his West Indian culture and his dance background, affording him a perspective unique from his peers.  His work is shown alongside Celia Paul’s, his vibrant colors contrasting her penchant for dark tones and soft lighting.  The title of the exhibition, Self-Consciousness, is  a reference to the inspired cohesion of such distinct artists and their respective subjects. 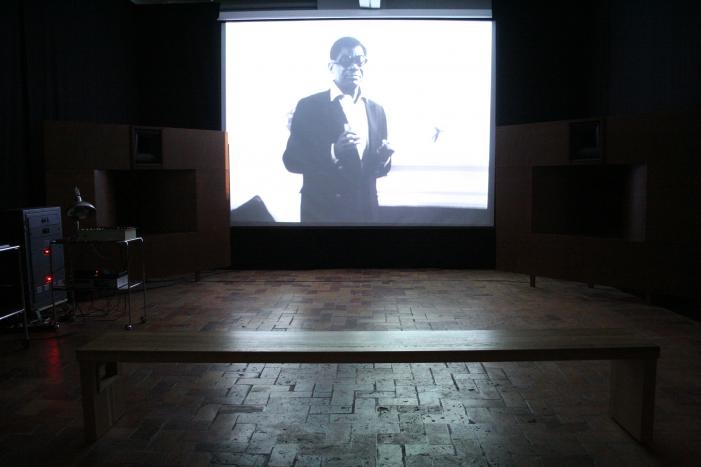 In addition to paintings, Self-Consciousness features portraits on film.  American independent filmmaker and feminist Shirley Clarke’s Portrait of Jason is a 90 minute interview with Jason Holiday, a black homosexual, which was a selection of the New York Film Festival in 1967.

Glenn Ligon’s work is similarly informed by his exploration of race and identity.  Language and text feature prominently in his paintings, though the artist also often works in photography and video.  Last year, President Barack Obama added Ligon’s Black Like Me No. 2, 1992, to the White House Collection.  Ligon’s work hangs next to Alice Neel’s, a pioneer female artist and socially active left-wing personality working in the early 1900s. 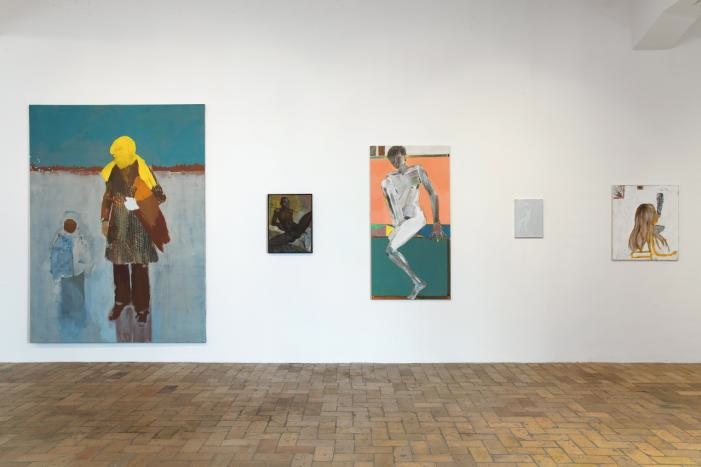 Curators Doig and Als’ consideration of the nature of portraiture leads to an experimental and encompassing exhibition.  ‘Self-Consciousness’ will be on display until June 26th, 2010.

This entry was posted on Saturday, June 12th, 2010 at 1:00 am and is filed under Go See. You can follow any responses to this entry through the RSS 2.0 feed. You can leave a response, or trackback from your own site.