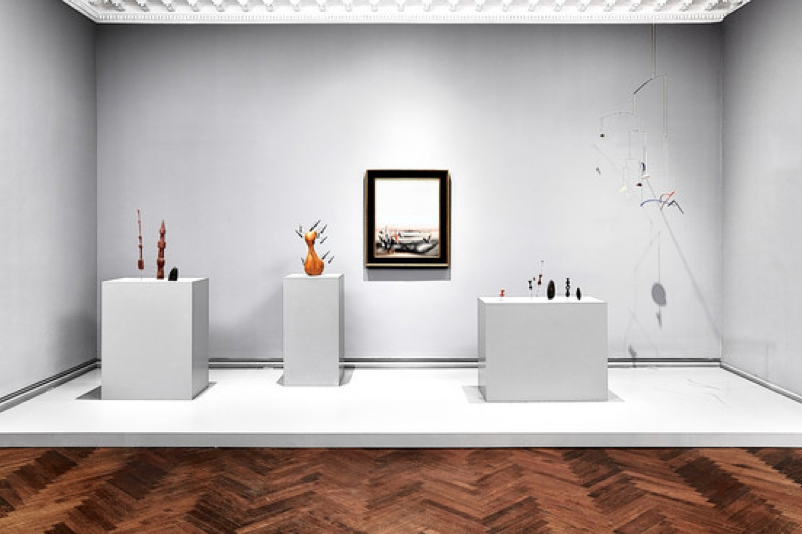 In 1942, Peggy Guggenheim wore one earring by Yves Tanguy and one by Alexander Calder to the opening of Art of This Century; a year later, Pierre Matisse presented the artists in adjacent rooms of his gallery.  In the 1940s, critics began to notice the aesthetic likeness of the artists’ work, including mutual biomorphic designs in paintings and sculptures.  The colloquy and stimulus inspired by the pair’s mutual Connecticut community is explored in this extensive, two-floor exhibition.  Tanguy/ Calder: Between Surrealism and Abstraction at L & M Arts celebrates the creative relationship between these two artists, presenting their works from the 1930s-1950s alongside photographs and previously unpublished documents that testify to the collaborative aspect of their rapport and seamlessly harmonizing abstraction and Surrealism. 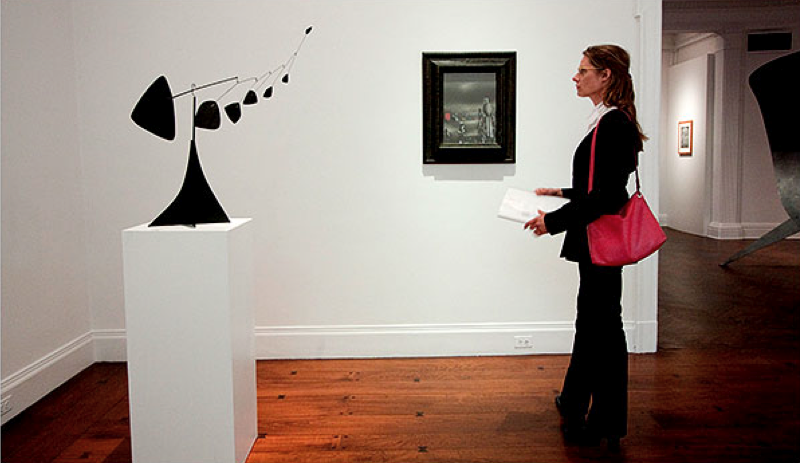 Tanguy and Calder were born 18 months apart, in the latter years of the 19th century.  Parisian Surrealist Tanguy and American abstract artist Calder settled in Litchfield County, living within ten miles of each other for over a decade.  While Tanguy’s brooding colors and agitated canvases do not mirror the vibrancy of Calder’s work, the artists are compatible in their use of shapes and animated styles.  “I went to the Tanguys’ and told Yves he should put more red in his painting,” Calder once said, indicating the masters’ confabulatory nature.  L & M’s Modernist reunion includes 46 painting and sculptures primarily created during the unpropitious years of World War II, affording viewers a comprehensive look at the artistic manifestations of the bleakness the neighbors witnessed.  Tanguy and Calder’s bifurcate reactions to the violence of the 1940s nonetheless display parallel innovations and extremes.  Although Tanguy, often compared to Chirico and Dali, explored melancholy and abandonment in his desert, stalagmitic canvases, while Calder kept his lines clean, sharp, and jocular, the artists share a macabre tenor and a fanciful exploration of the human subconscious. 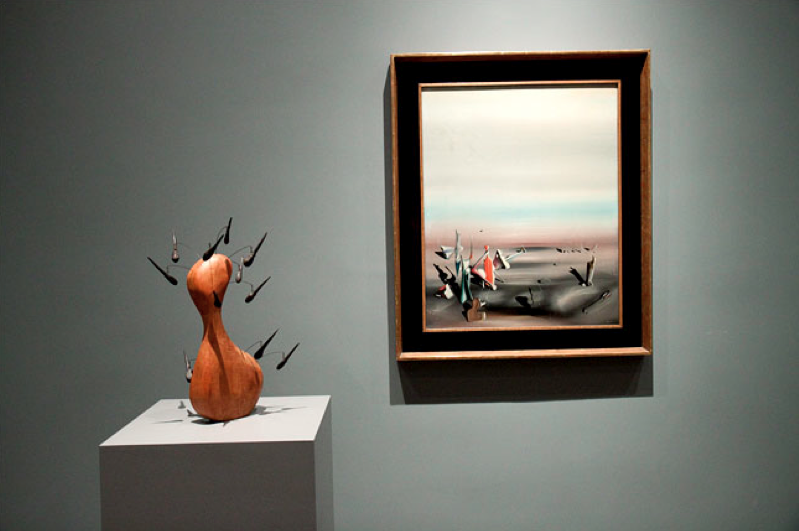 The pairing of Tanguy and Calder speaks to a larger trend of artistic groupings, such as the MoMA‘s pairings of Matisse and Picasso and Cézanne and Pissarro.  L & M’s exhibition is particularly successful in its extraction of works that connect the artists beyond literal and straightforward similarities, instead focusing on dialectic consistencies and highlighting aesthetic juxtapositions.  Organized by Susan Davidson, Tanguy/ Calder: Between Surrealism and Abstraction features pieces from The Calder Foundation, Glenstone, Hirshhorn Museum and Sculpture Garden, MoMA, The Pierre and Tana Matisse Foundation Collection, Wadsworth Atheneum Museum of Art, Williams College Museum of Art, and the Whitney Museum of American Art.  The exhibition will run through July 9th, 2010 at 45 East 78th Street. 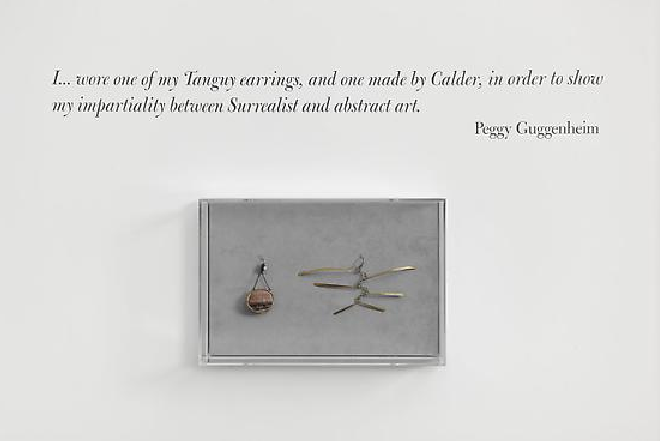 “I wore one of my Tanguy earrings and one made by Calder, in order to show my impartiality between Surrealist and abstract art” -Peggy Guggenheim. Tanguy/ Calder: Between Surrealism and Abstraction, Installation view. Image via L & M Arts.

Outside Clemson’s booster office, the team’s orange Tiger paw flag flew at half staff. The Clemson football team will wear the initials “JP” on its helmets during Saturday’s game.

“There has been a lot of tradition and history at Clemson and he’s definitely a big part of it,” football coach Tommy Bowden said.

Phillips was the dean of Atlantic Coast Conference broadcasters. He was the only ACC play-by-play announcer to call baseball as well as men’s and women’s basketball. this web site greenville memorial hospital

Phillips opened the season calling the Clemson-Georgia game, his 400th for the Tigers. He also called Saturday’s Clemson-Furman game.

“He was the father figure of Clemson, right now,” said Will Merritt, a former Clemson lineman who took over as color analyst on the broadcasts this year. “I truly loved him every time I was around.” Phillips is survived by his wife, Ruth, a son and a daughter.

The funeral is Friday in Simpsonville.

This entry was posted on Tuesday, June 29th, 2010 at 1:00 am and is filed under Go See. You can follow any responses to this entry through the RSS 2.0 feed. You can leave a response, or trackback from your own site.