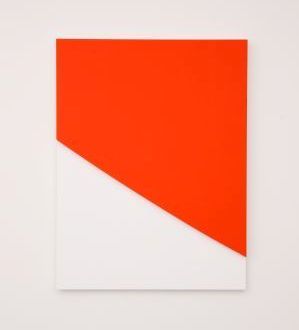 Red Curve in Relief (2009) by Ellsworth Kelly, via Villa Medici.

Currently on view at the French Academy in Rome the Villa Medici is an exhibition featuring the work of two great artists: Twentieth-century American artist Ellsworth Kelly (b.1923) and French Neoclassical master Jean-August-Dominique Ingres (1780-1867) who was once the director of the Villa Medici. The show will explore the relationship between the two artists despite the many centuries which separate them. 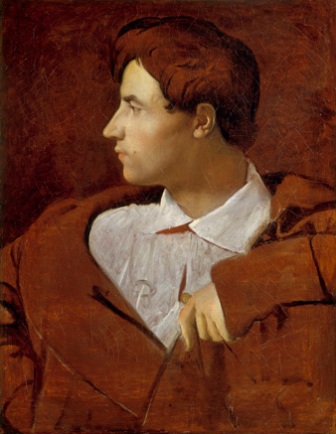 Portait of Jean-Baptiste Desdeban (circa 1810) by Jean-Auguste-Dominique-Ingres via Villa Medici.

The exhibition presents recent work by Ellsworth Kelly which have yet to be shown to the public, including a selection of his plants and figure drawings, 8 oil paintings, and 28 drawings. These are juxtaposed with a selection of drawings and paintings by Ingres (4 oil paintings and 32 drawings) which have been specifically selected by Kelly from the collections of the Musée Ingres of Montauban, the Louvre, the Besanҫon Musée des Beaux-Arts and the Musée de Lyon. 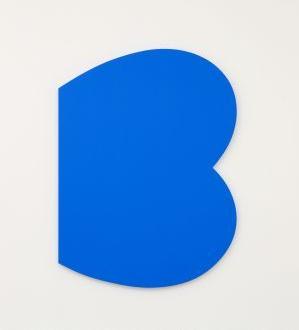 Blue Curves in Relief (2009) by Ellsworth Kelly, via Villa Medici.

The exhibition is jointly curated by Kelly and Eric de Chassey, the director of the French Academy. The first room shows three portraits by Ingres which includes the Portait de Desdeban (circa 1810) painted in the Villa Medici and situated adjacent to Kelly’s Blue Curves (2009). Subsequent rooms display six monumental reliefs by Kelly, some of the most recent work in his oeuvre. Other rooms are composed of the two artists’ drawings divided into groups. 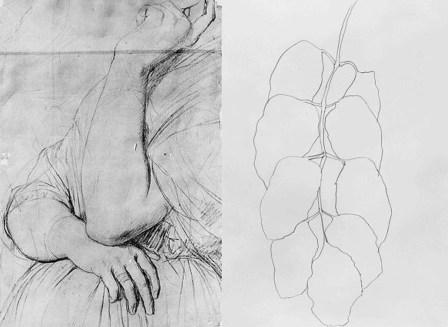 The viewer will constantly be presented with works by both artists so that the form and content of each work will remain in the viewer’s mind. They will thus be forced to concentrate on the similarities in form which inherent the work of both Kelly and Ingres. 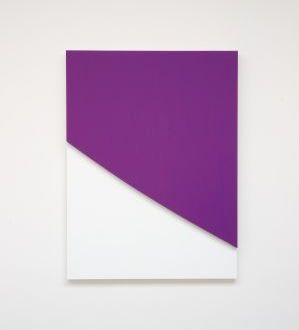 Regardless of the many years which separate the lives of Ingres and Kelly, both artists are masters of the curve. Whether it be the back of one Ingres’ elegant odalisques or the simple curve in one of Kelly’s minimalist canvases distinguishing one color and shape from the other,  both artists employ such form to mold and characterize their subjects.

Both Kelly and Ingres deal with the duality of fragmentation and unity in their work testing proportion, physicality and form. Although these two artists live many centuries apart with inherent and noticeable differences, the juxtaposition of their works reflect the similarities to be found between different artistic epochs, methods and subject matter. 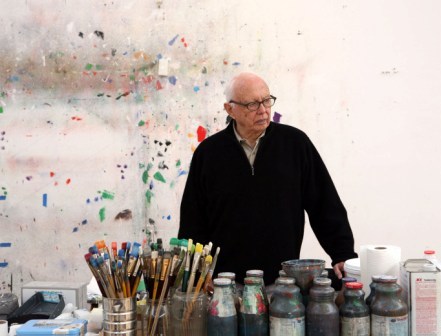 Ellsworth Kelly in his studio.

This entry was posted on Monday, July 12th, 2010 at 2:00 pm and is filed under Go See. You can follow any responses to this entry through the RSS 2.0 feed. You can leave a response, or trackback from your own site.