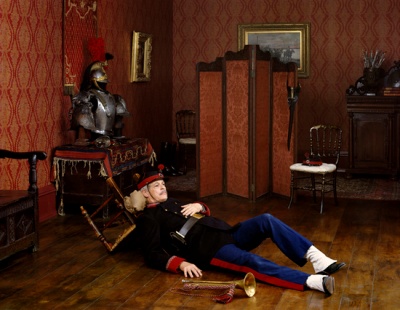 Artist’s Model Posing For ‘The Old Bugler, Among the Fallen, Battle of Beaune-Roland, 1870′ In The Studio Of An Unknown Military Painter, Paris, 1885 by Rodney Graham, via Hauserwirth

Currently showing at the Lisson Gallery in London, England until July 31, 2010, is a solo exhibition of works by Canadian artist Rodney Graham. Graham is well-known for his schooling in the field of conceptual art, which places the idea of a work of art above the importance of its execution. Graham often creates art out of art; one title alludes to a British horror film by the same name. As a whole, Painter, Poet, Lighthouse Keeper is a versatile and creative exhibit: it contains light boxes, paintings, and short films by Graham. The Lisson Gallery is working with MACBA, Barcelona and Hamburger Kunsthalle to host the exhibit. 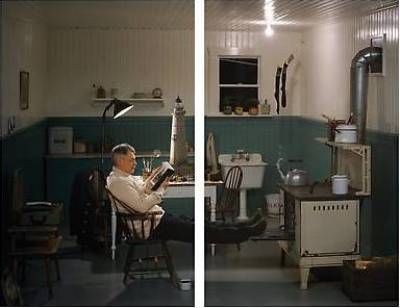 Lighthouse Keeper with Lighthouse Model (1955) is an example of the conceptualism mentioned above. The work, shown on the front page of the exhibit’s website, features a lighthouse keeper in his dining room, reading a book on the upkeeping of lighthouses themselves. According to the Lisson Gallery’s website, the book is opened to an “illustration which served as inspiration for the work.” Conceptualism, then, plays a part in this piece; Graham is alluding to the work’s “inspiration,” or to its instructions. The piece is more than just itself; it is also showing the viewer the process that informed its design. 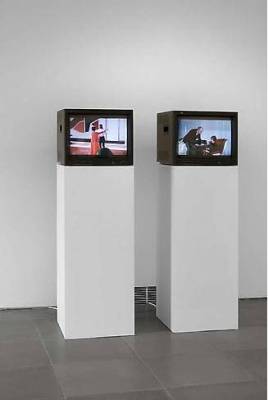 The recent work Psychomania Variation I and Psychomania Variation II is based on the British thriller Psychomania (1973). Graham has taken paintings that were featured in the movie and reworked them so that they retain the same basic structure of the originals. These paintings are then shown with television screens that play cuts from the film. This style is one of allusion and reference to past works of genius. By combining different media, Graham demonstrates his willingness to explore with his art, as well as his humility in giving a “nod” to past inventors. 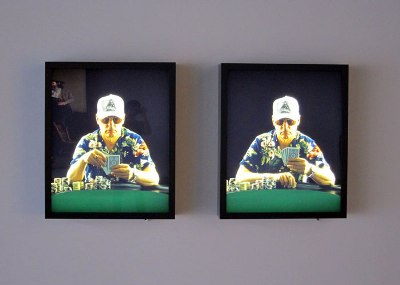 Good Hand Bad Hand (2010) is another work in the exhibit. As its name suggests, it references a game of poker. Two light-boxes set side-by-side reveal a man playing the card game. The light boxes differ only in detail. In one, the colorfully dressed man has his arm raised; in another, it is lowered. It is reminiscent of puzzles on the back page of magazines, or newspapers – What is different about these two pictures? Poker is a tricky matter; as the gallery’s page noted, any change of expression can reveal a new development. In this work, accordingly, something is “both hidden and revealed.” 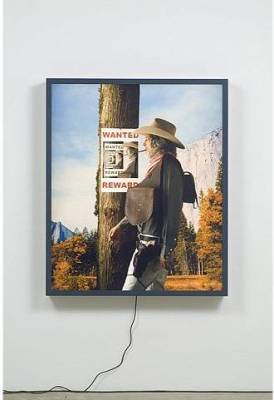 Graham is an artist who has dabbled in different types of media. His early films were produced at the same time he was in a band with fellow Canadian artist Jeff Wall. Throughout his life, his work has included outside influences, such as those from literature or psychology.

Born on January 16, 1949, Graham is an internationally recognized artist. His experiences with different media have allowed him to become known in several different contexts. 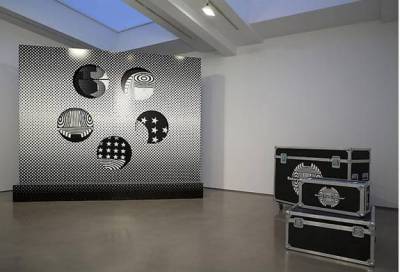 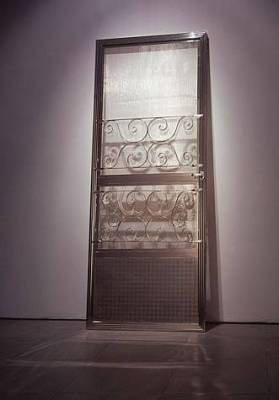 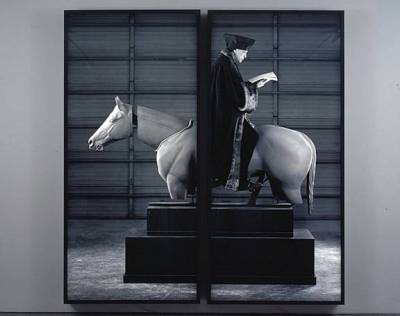 Allegory of Folly: Study for an Equestrian Monument in the Form of a Wind Vane (2005) by Rodney Graham, via Lisson Gallery 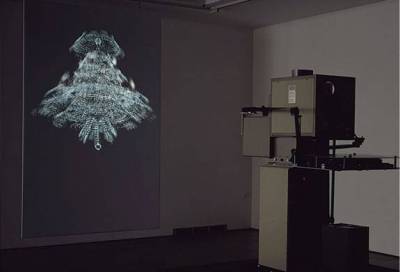 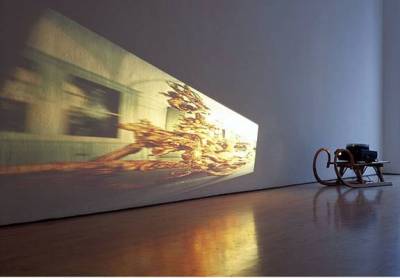 Continuous Transformation of the Form of a Child’s Sledge into that of Another (2000) by Rodney Graham, via Lisson Gallery

This entry was posted on Wednesday, July 14th, 2010 at 1:23 pm and is filed under Art News, Go See. You can follow any responses to this entry through the RSS 2.0 feed. You can leave a response, or trackback from your own site.