Currently showing at Kunstmuseum Basel, Switzerland through September 5th, 2010, is an exhibition of works by German artist Rosemarie Trockel. Trockel is an artist of contrasts. Her early “knitting pictures” are an example of such; they consist of logo-stamped wool stretched thin across a series of frames. The logos belong to large corporations or countries. For example, one logo uses the symbol of the Soviet Union superimposed on the colors of the United States’ flag. Besides the obvious intimations of a power struggle through the use of symbols, another contradiction can be noted. Knitting is traditionally a woman’s job, but the frames and the logos recall industrial production and manufacturing, or traditional male jobs. While these “knitting pictures” are not on display at the Kuntsmuseum, other equally suggestive works are. The Kunstmuseum in Basel is working with the Kunstmuseum in Bonn, Germany, to coordinate the exhibit. 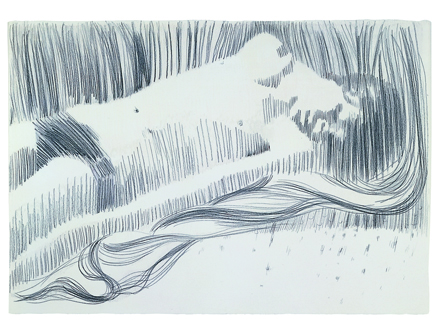 Most of Trockel’s works at the Kunstmuseum are works on paper, as the title of the exhibit suggests (Drawings, Collages, and Book Drafts). The museum is showing 200 pieces of Trockel’s works in total. Many of the pieces at the exhibit have no title, but it is easy to visually distinguish one from the other. Untitled (2000) is a drawing of a sleeping boy, completely naked except for what looks like a Speedo. His head lolls, and his straight, straw-like hair falls to one side. Either his hair or the wallpaper – it’s hard to tell which – snakes under a floating, white cushion. The drawing is simultaneously very sexual and very innocent, and serves to highlight Trockel’s ability to work with two ideas at once – and succeed at both. 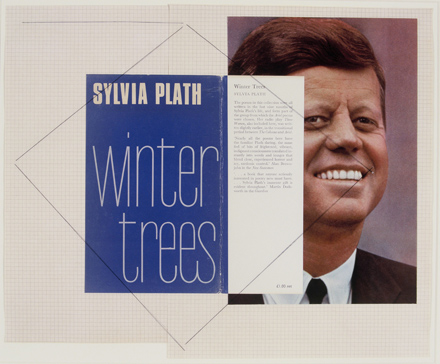 One of Trockel’s titled collages at the exhibit, and perhaps one that seems to be outside of Trockel’s typical oeuvre, is Neighboring Fields (1990). Again, Trockel uses the concept of superimposition and contrasts. Sylvia Plath’s poem “Winter Trees,” or a collection of her poetry by the same name, is placed on top of the tan, beaming face of John F. Kennedy. We are forced to search for a connection that we wouldn’t have realized without Trockel’s help. Plath’s work speaks of a coming death; Kennedy’s life was one of optimism. It is possible that she is reminding us of his tragic end, or of the constant, necessary presence of death in life. 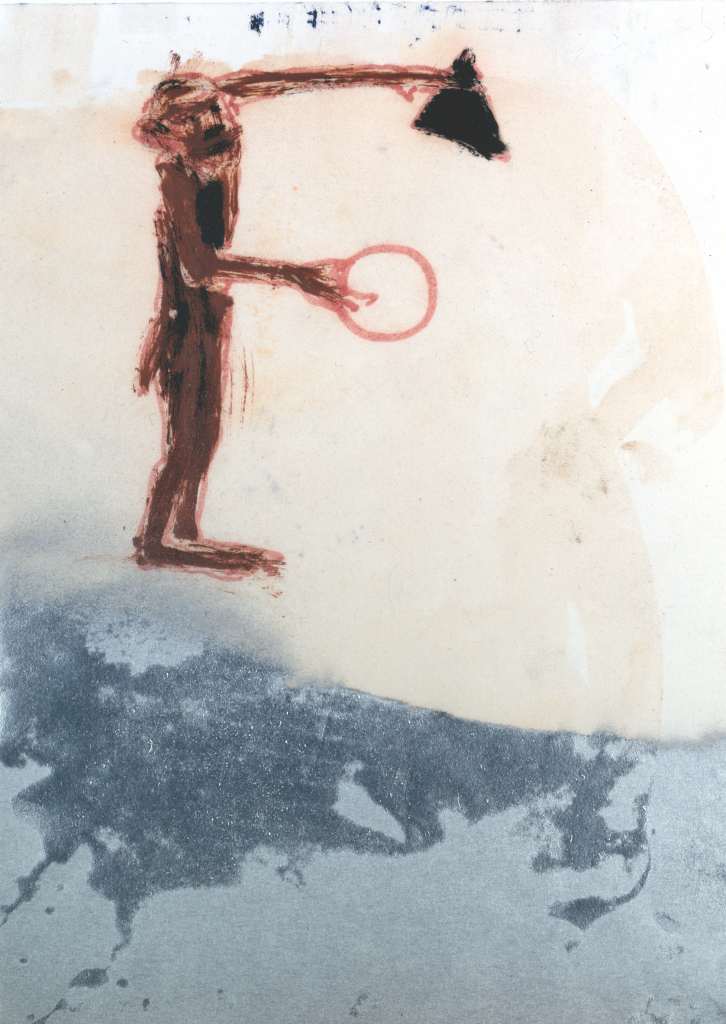 Trockel’s drawing style is purposely abstract. A few pieces at the exhibit, including Untitled (1980) and Untitled (1983), resemble cavemen drawings, with their exaggerated shapes and heavy stick figures. The Kunstmuseum describes this style as “self-forgetfulness,” and attaches it to Trockel’s graphite and acrylic works that will be included in the show. The third part of the exhibit – ‘Book Drafts’ – is a collection of tried and tested visual ideas that Trockel has explored. In essence, they are “uncompleted works,” or “first drafts.” According to the museum, the collages on display create connections between Trockel’s past and present work, and among her ways of creating art.

Born in 1952, Trockel is a German artist who lives and works in the country. In addition to her career as an artist, she is an instructor at a internationally-recognized art school. 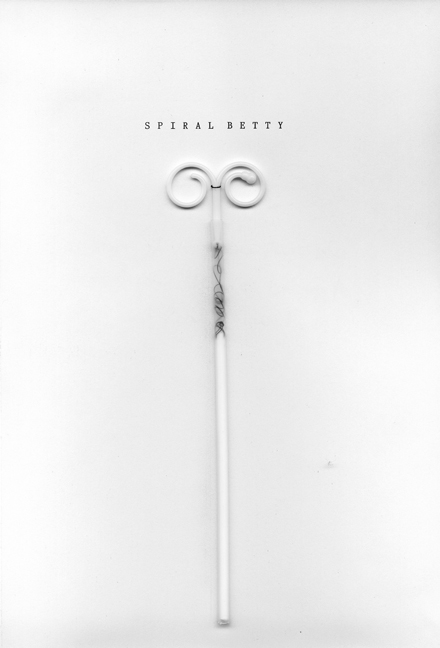 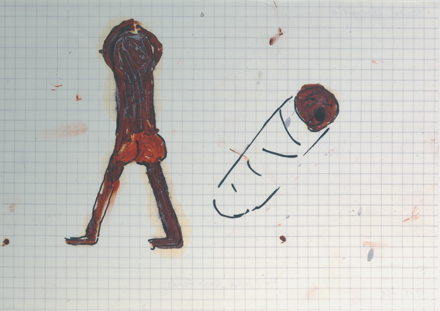 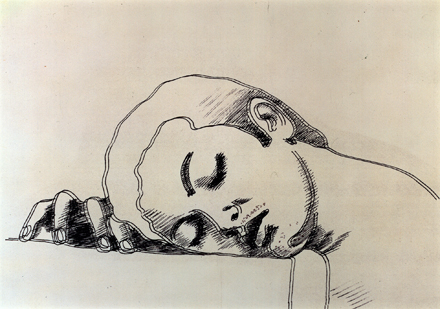 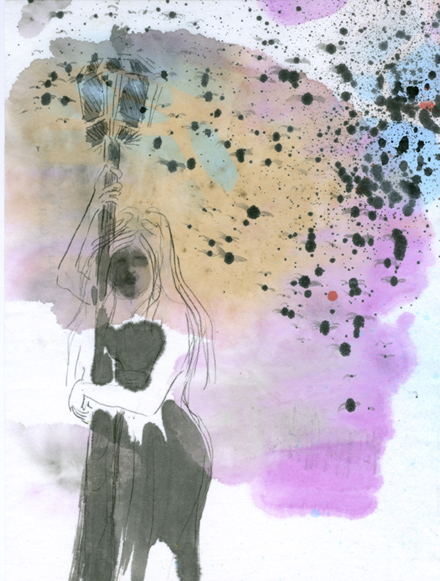 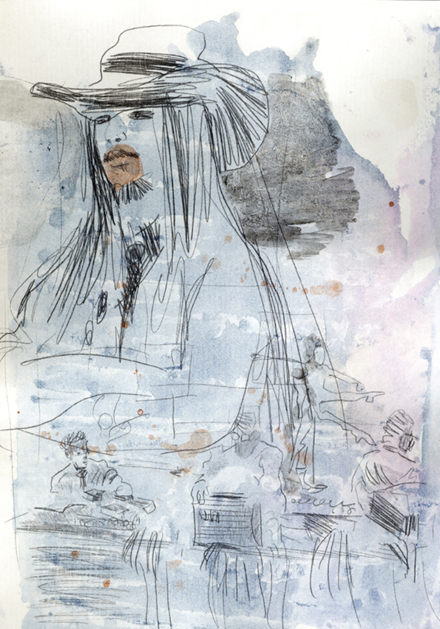 White as an Indian Pipe (1993) by Rosemarie Trockel, via Kunstmuseum Basel 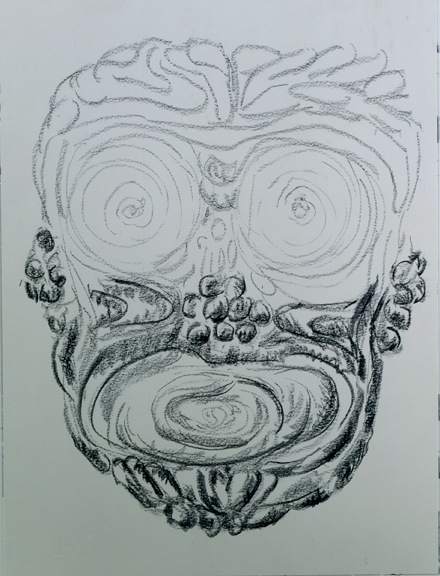 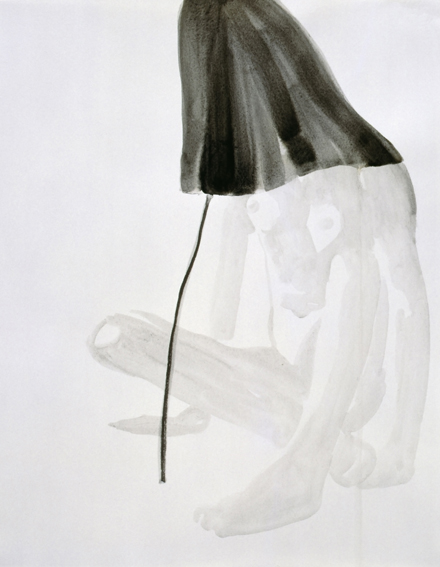 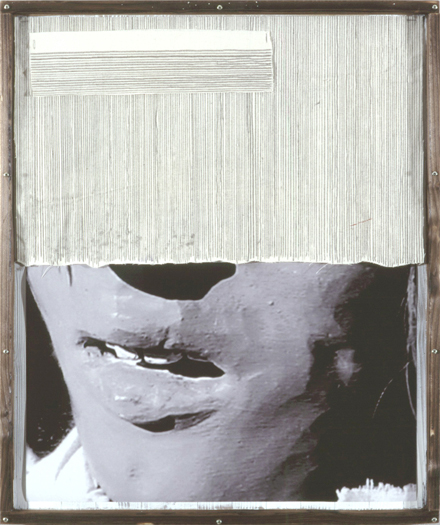 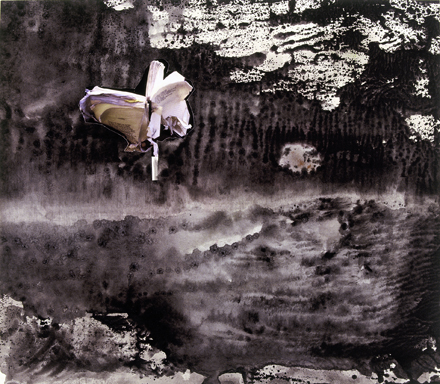 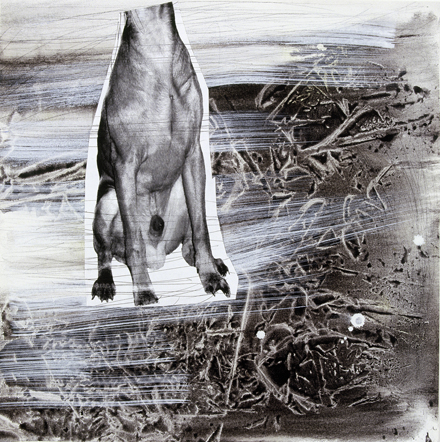 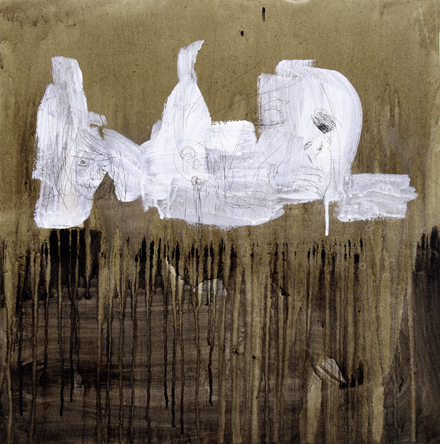 This entry was posted on Saturday, July 10th, 2010 at 2:00 am and is filed under Go See. You can follow any responses to this entry through the RSS 2.0 feed. You can leave a response, or trackback from your own site.