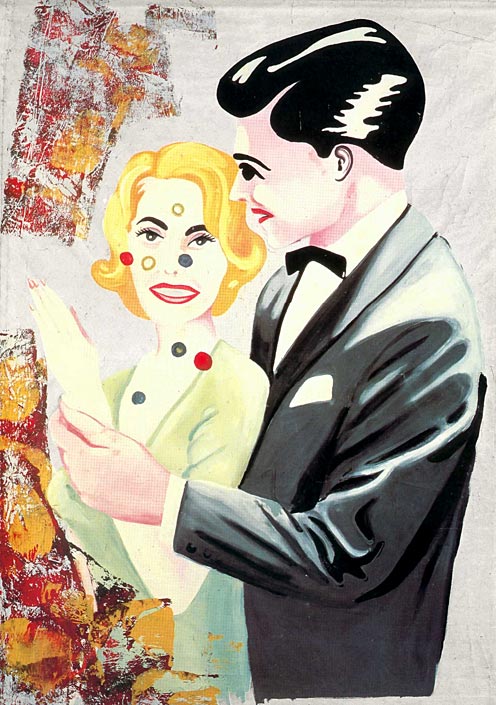 Currently on view at Thomas Ammann Gallery is a selection of important works made by one of the masters of contemporary painting and photography, German artist Sigmar Polke (1941-2010). Renowned for his pictorial jest and vibrant layering of found images, the exhibition features some of the artist’s masterworks many of which probe the ghosts of Germany’s postwar years.

One such work is Paganini (1982), a work of monumental size and historical references considered by many art historians to be the artist’s masterpiece. It references the 18th century violinist Niccolo Paganini and also sentiments from German history of the 1960s and 1970s. 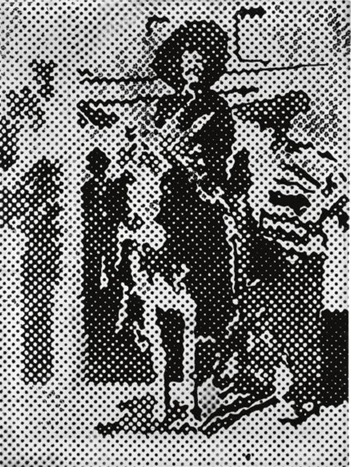 Paganini is full of swastikas appearing everywhere from the background design, the flame of the candle and even coming out of the violin in a representation full of movement and references to Germany’s postwar years. The painting was last shown 12 years ago at the artist’s retrospective in Bonn and Berlin. The show has an added significance because of the artist’s death last month. 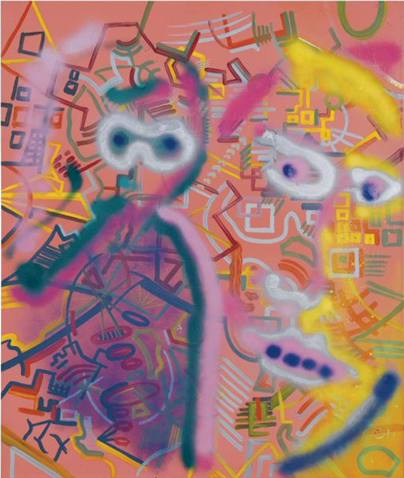 Sigmar Polke was born in 1941 in Oels in the Silesian region of east Germany in what today would be called western Poland. In 1945 his family fled to Tubingen as the Russian Army advanced yet still ended up in East Germany as World War II came to an end. The family finally settled in Dusseldorf with the artist residing there or in nearby Cologne for the rest of his life. 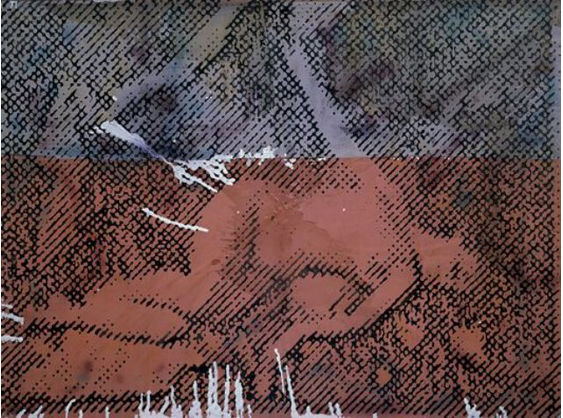 Dusseldorf, the site for the first postwar exhibition of Dada in 1958, offered a perfect artistic environment for the young artist. He soon after enrolled in the Dusseldorf Art Academy where Joseph Beuys was teaching and where Gerhard Richter was also studying. Along with fellow students Richter and Konrad Lueg he developed the movement called “Capitalist Realism” also known as “Socialist Realism.” During  this time Polke also engaged in work involving stained glass some of which can be currently viewed at the Grossmunster church in Zurich. 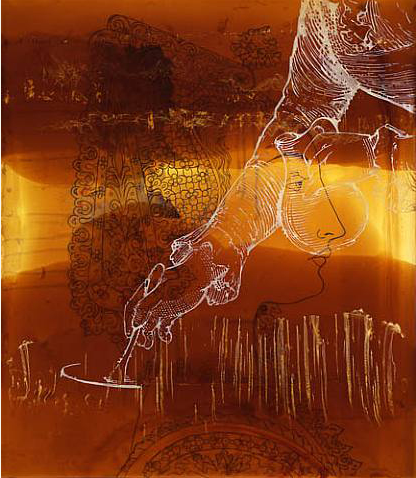 The current selection of works at Thomas Ammann Gallery commemorates Polke’s artistic achievements and his lasting impact on contemporary painting.

This entry was posted on Saturday, July 17th, 2010 at 1:00 am and is filed under Go See. You can follow any responses to this entry through the RSS 2.0 feed. You can leave a response, or trackback from your own site.