On Monday, September 27, the honorees were announced for the 2010 MacArthur Fellowship, nicknamed the “Genius Grant.” Among the recipients of this prestigious awatrd is Cuban-born installation artist Jorge Pardo. The grant provides each honoree $500,000, divided evenly over five years. It is given to individuals who “show exceptional merit and promise for continued and enhanced creative work.” Pardo, who lives and works in Los Angeles, is perhaps best known for his redesigned spaces, which eliminate boundaries between architecture, fine art and design. 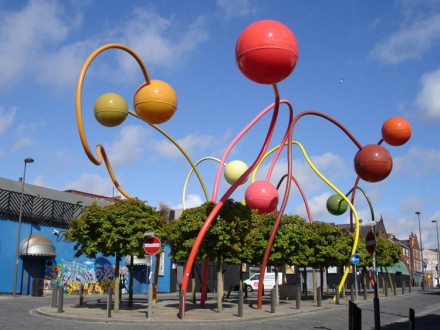 More text and image after the jump… 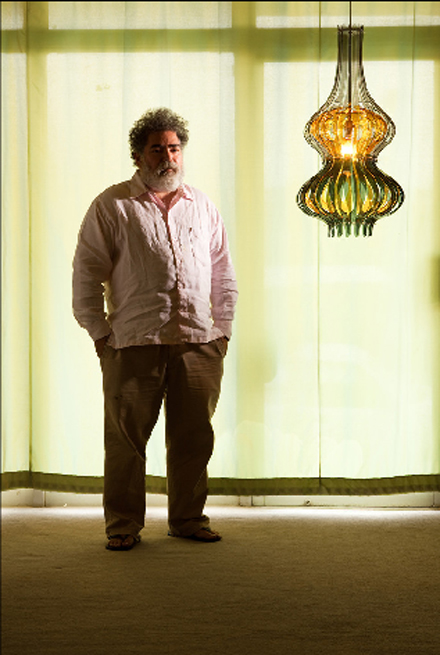 Twelve men and 11 women were named MacArthur fellows this year. Since the beginning of the program in 1981, 828 Americans ranging from 18 to 82 years of age have been named. Headed by John D. and Catherine T. MacArthur, “The fellowship is not a reward for past accomplishment, but rather an investment in a person’s originality, insight, and potential.”

Pardo is in good company: other honorees this year in the artistic category include sculptor Elizabeth Turk and stone carver Nicolas Benson, as well as typographer Matthew Carter, who is best known for designing the typeface used for headlines in the New York Times. Past recipients of the grant have included James Turrell (1984), Bill Viola (1989), Kara Walker (1997), Janine Antoni (1998), Ida Appelbroog (1998), Elizabeth Murray (1999), Fred Wilson (1999), Tara Donovan (2008), and Mark Bradford (2009).

In his 2008 exhibition at Haunch of Venison in London, Pardo presented a series of objects relating to the house and its surrounding landscape, including large-scale mask relief-sculptures, based on traditional Mayan imagery, as well as intricate lamps and life-size photo murals. The artist also displayed his designed tiles, floors and other decorative elements.”I don’t think of sculpture as something that you walk around or inside of or anything. What’s important… is the space that gets privileged,” the artist has said. 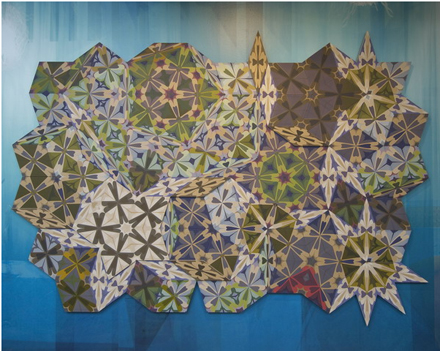 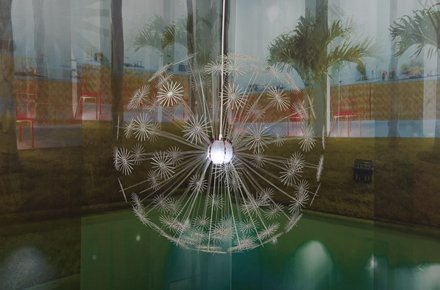 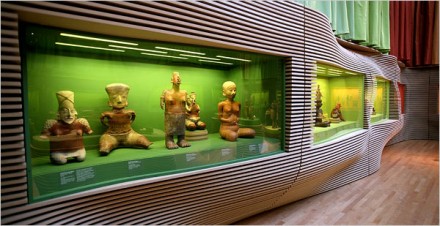 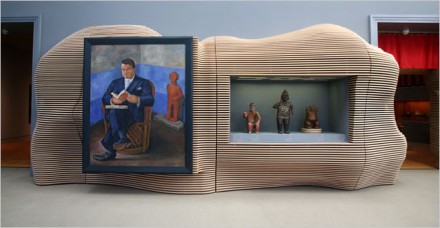 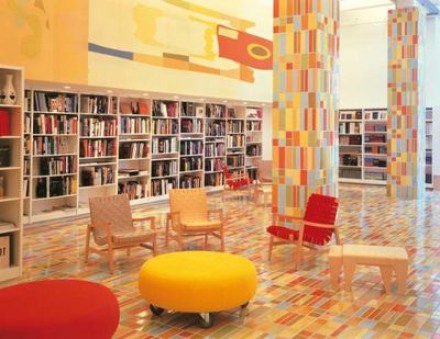 Pardo’s redesign of the lobby and bookstore of the Dia building in Chelsea. Image courtesy of the Los Angeles Times.

This entry was posted on Wednesday, September 29th, 2010 at 1:01 pm and is filed under Art News. You can follow any responses to this entry through the RSS 2.0 feed. You can leave a response, or trackback from your own site.