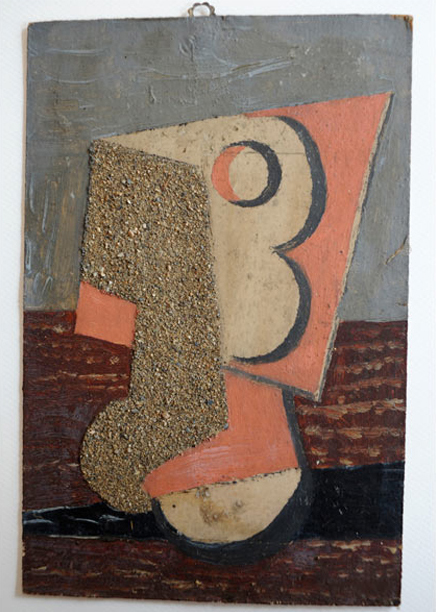 A Pablo Picasso work unearthed in the recent discovery of 271 of the late artist’s work in Paris, France. Image courtesy The Telegraph.

In September, a couple boarded a train to Paris with a suitcase full of works by Pablo Picasso, including, as the New York Times reports, “several watercolors, dozens of lithographs, more than 200 sketches and 9 Cubist collages, in the hopes of having it authenticated by Claude Ruiz-Picasso, the artist’s son and the administrator of the Picasso estate.” The trip was at the request of the artist’s son after reading a letter Mr. Le Guennec had sent him requesting authentication.

The works’ owners are Pierre Le Guennec, 71, and his wife Danielle, 68. Mr. Le Guennec had worked as an electrician at three of the famed Spanish-born artists’s properties in the French Riviera in the early 1970s. The couple had kept the works in their garage for the past thirty plus years, but after Mr. Le Guennec’s recent surgery, they thought it best to evaluate the works for their children’s inheritance.

Instead of giving the authentication the Le Guennecs anticipated, Mr. Ruiz-Picasso contacted the Fight Against Traffic in Cultural Goods and his family’s lawyer, Mr. Jean-Jacques Neuer. Among heirs Mr. Neuer represents are Mr. Ruiz-Picasso, Picasso’s stepdaughter Catherine Hutin-Blay, and four others. A law suit was filed on September 23 claiming the works as stolen goods. Two weeks later, on October 5, the Le Guennecs were stunned to find the artworks seized from their home by police. 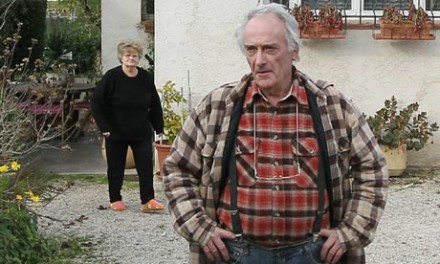 Pierre Le Guennec, retired electrician to Picasso, from whose house the works were seized by French police. Image courtesy The Guardian.

More story, images, and video links after the jump… 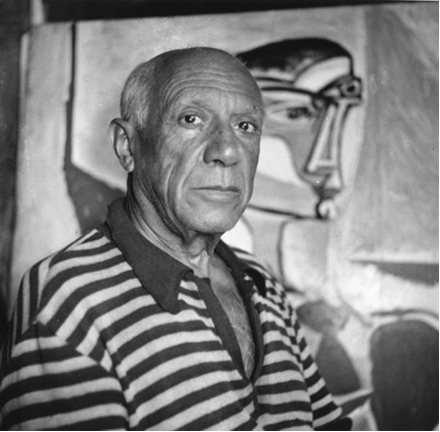 Pablo Picasso in front of one of his paintings. Image courtesy The Telegraph.

The two men were, however, shocked at the quantity of works unearthed. Although Picasso was tremendously prolific, having produced an estimated 40,000 works in his lifetime, a discovery of this size is unprecedented. The works’ lack of previous documentation is cause for reserve, causing Mr. Ruiz-Picasso to think they may have been taken from the artist’s studio. According to the family’s lawyers, Picasso kept very tight inventory and control over each of his works, and rarely parted with works without documenting it. According to the New York Times, Mr. Ruiz-Picasso stated, “He always dated, signed and dedicated his gifts. I leave it to the justice system to shed light on the matter. We ourselves are certainly not acting for our own profit. We’re not in need.” In a statement to the French newspaper Liberation on Monday, Mr. Ruiz-Picasso stated, “To give away such a large quantity, that’s unheard of. It doesn’t hold water. This was part of his life.” 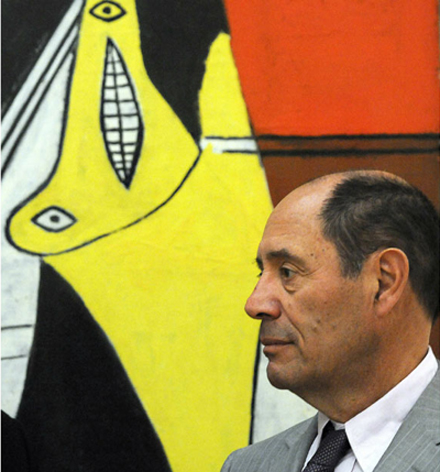 Claude Ruiz-Picasso, the late artist’s son, who is suing Mr. Le Guennec over the works’ ownership. Image courtesy The Telegraph.

Picasso’s estate is managed by the Picasso Administration, whose head spokesperson, Christine Pinault, recognizes that unknown works by the artist have surfaced occasionally in the past. But never has such a sizeable collection come to light: “There are only questions in this whole story, for the moment,” Ms. Pinault said to the New York Times. “Everyone is wondering how such a thing could happen.” The estate estimates the works to be worth at least $78 million. 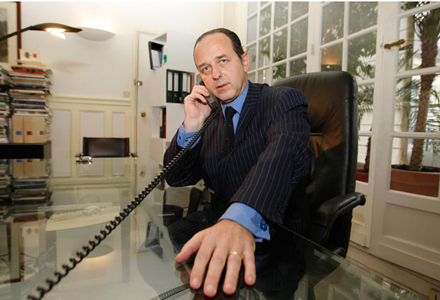 Jean-Jacques Neuer, the lawyer on the case. Image courtesy The Telegraph.

The couple denies that they did any wrong, but when Mr. Le Guennec’s story changed during investigation, some questions were raised. Initially, Mr. Le Guennec claimed that Picasso had given them directly to him as a gift. Later, however, he related that the works were given to him by Picasso’s second wife Jacqueline Roque (1927-1986) for installing an alarm system on one of the properties. Picasso himself died in April of 1973, making him 90 years old at the time Mr. Le Guennec claims he was given the works. In a statement to the Washington Post, Danielle Le Guennec said, “My husband was well-regarded by the master. [Claude Ruiz-Picasso has] put a knife in our back, taken us to court and accused us of theft – he’ll have to prove it.”

The works are currently being held in a vault in Nanterre, outside Paris at France’s Central Office for the Fight against Traffic in Cultural Goods, which is part of the Interior Ministry of France. Their fate remains unclear. 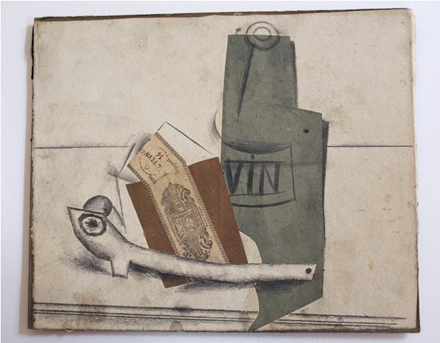 A Picasso work recently revealed to be in Le Guennec’s collection. Image courtesy The Telegraph. 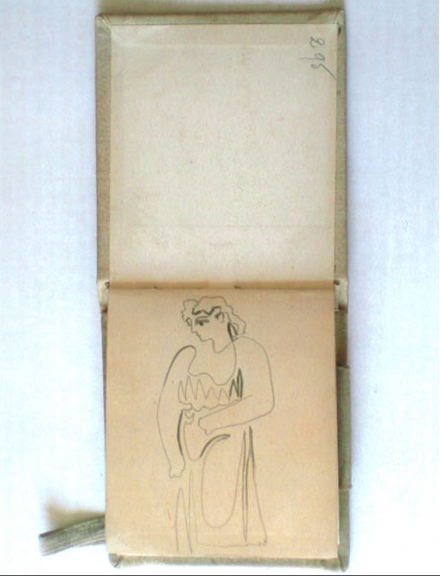 One of Picasso’s sketchbooks of which Le Guennec was in possession. Image courtesy The Telegraph. 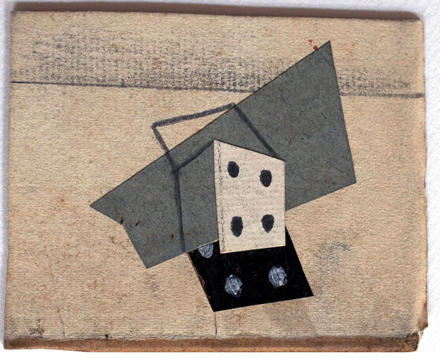 A Picasso work in dispute. Image courtesy The Telegraph. 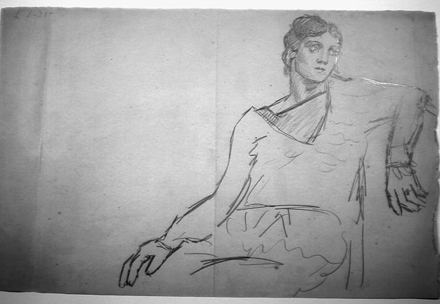 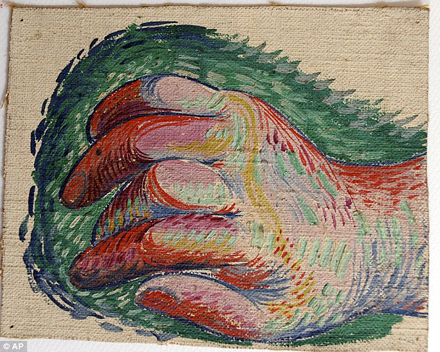 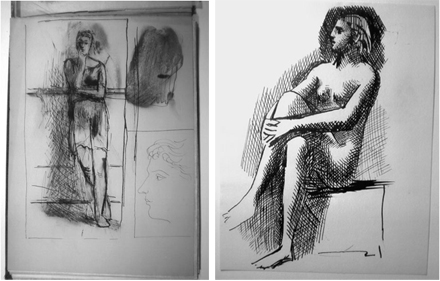 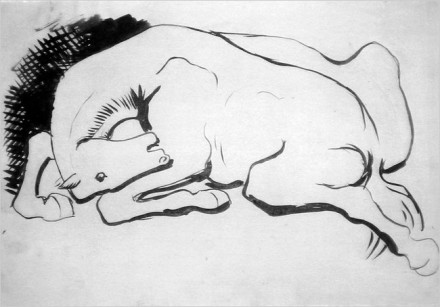 One of the drawings whose ownership is in dispute. Image courtesy The Telegraph. 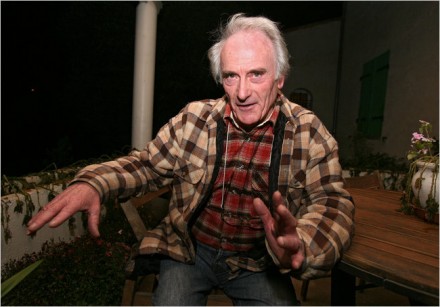 Pierre Le Guennec, retired electrician to Picasso, from whose house the works were seized by French police. Image courtesy the New York Times.

Three-year-old Adolf Hitler Campbell is cute, cuddly and, for now, blissfully unaware of the shock value conveyed by his first and middle names. That may be changing, though.

The youngster was at the center of a recent dispute between his parents and a local supermarket that refused to spell out his name on a cake for his birthday party last weekend. A story in a local newspaper prompted an outpouring of angry online responses directed at Heath Campbell, 35, and his wife Deborah, 25.

“I think people need to take their heads out of the cloud they’ve been in and start focusing on the future and not on the past,” Heath Campbell said Tuesday in an interview conducted on the other side of the Delaware River from where the family lives in Hunterdon County.

“There’s a new president and he says it’s time for a change. Well, then, it’s time for a change,” he continued. “They need to accept a name. A name’s a name. The kid isn’t going to grow up and do what [Hitler] did.” Deborah Campbell said she phoned in her order last week to the ShopRite in Greenwich, just east of downtown Phillipsburg on the western edge of New Jersey. When she told the bakery department she wanted her son’s name spelled out, she was told to talk to a supervisor, who denied the request.

A store manager at ShopRite referred questions to a corporate spokeswoman, who did not immediately return a phone message Tuesday. But spokeswoman Karen Meleta told the Easton Express-Times for Sunday’s editions that the Campbells’ request was considered inappropriate.

The Campbells ultimately got their cake inscribed at a Wal-Mart in Pennsylvania, Deborah Campbell said. About 12 people attended the birthday party Sunday, including several children who were of mixed race, according to Heath Campbell.

“If we’re so racist, then why would I have them come into my home?” he asked.

The Campbells’ other two children also have unusual names: JoyceLynn Aryan Nation Campbell turns 2 in a few months and Honszlynn Hinler Jeannie Campbell will be 1 in April. go to site easton express times

Heath Campbell said he named his son after Adolf Hitler because he liked the name and because “no one else in the world would have that name.” He sounded surprised by all the controversy the dispute had generated.

Campbell said his ancestors are German and that he has lived his entire life in Hunterdon County. On Tuesday he wore a pair of black boots he said were worn by a German soldier during World War II.

He said he was raised not to avoid people of other races but not to mix with them socially or romantically either. But he said he would try to raise his children differently.

“Say he grows up and hangs out with black people. That’s fine. I don’t really care,” he said. “That’s his choice.” *** Illustrations/Photos: PHOTO – ASSOCIATED PRESS – Adolf Hitler Campbell, 3, with parents Heath and Deborah of Hunterdon County.

This entry was posted on Tuesday, November 30th, 2010 at 4:05 pm and is filed under Art News. You can follow any responses to this entry through the RSS 2.0 feed. You can leave a response, or trackback from your own site.