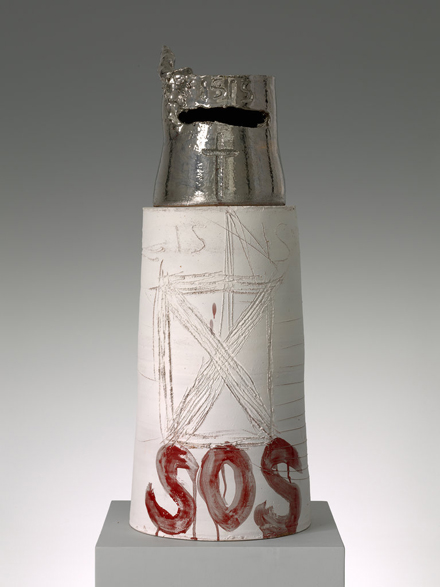 Art Observed will be on site as of today for the ninth edition of the America’s biggest contemporary art fair: Art Basel Miami Beach which will open to the public on Thursday December 2 and will run through Sunday, December 5.

The main section of the fair will house over 180 galleries and over 40,000 are expected following the December 2nd opening.  Annette Schönholzer and Marc Spiegler are the main fair organizers alongside its main sponsor UBS with Cartier, NetJets and AXA Art as the associate sponsors.  While Art Basel is still the main draw, the NADA Fair (the New Art Dealers Alliance) up the road at the Dauville Beach Resort will open to the public Thursday December 2. It will run through Sunday December 5 and also should not be missed. 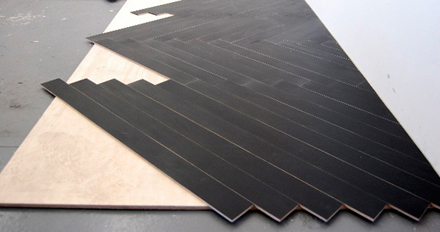 The fair week is notable for its bridging of the Latin American buyers with American and British art centers as well as its uniquely intense amalgamation of social, media, fashion and other spheres of influence into the business of selling art.

The global art market seems to have stabilized this year and the main fair, along with its very significant satellites, should be met with lively buying this round.  Beyond this, all around Miami, the social calendar will be infused with events to the point where there is little chance to avoid regretfully missing something. 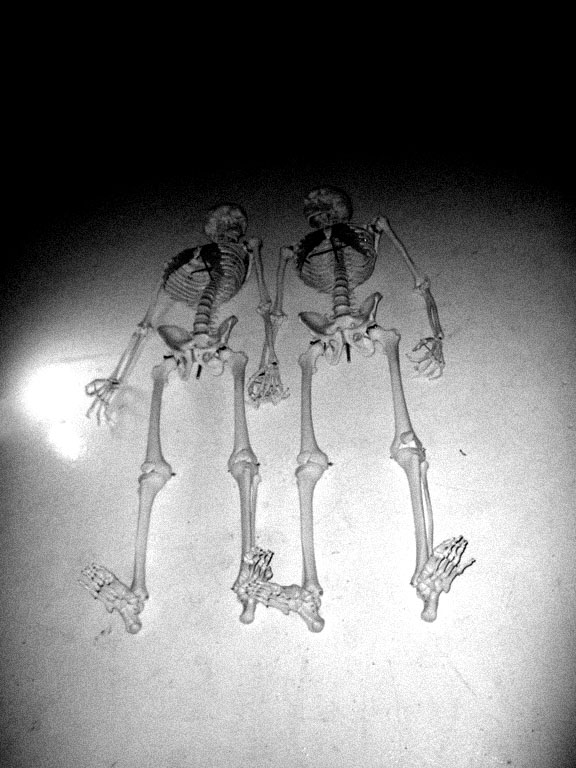 A view of an installation by Terrence Koh at The Island, an event during the week (see bel0w).

More text and related links after the jump… . 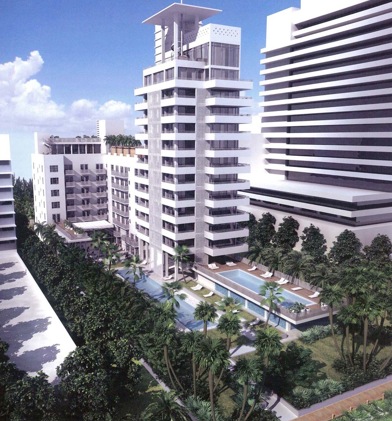 The Soho Beach House, a newly opened venture of the Soho House chain, will feature an impressive array of private events during the days of the fair.

Art Basel – The Main Fair: Still the focal point for the week and the gate through which just about everyone will pass.  The amount of world class art within these walls is difficult to process in one visit.

NADA Art Fair – The Deauville Beach Resort - If the main fair is blue chip, this art fair brings a bit of art’s edge to the week.  NADA is up on the beach but the character of this fair is bit more more downtown.  Last year this fair brought many great works and energy and this year will likely be even more robust.

Soho House Beach Club: This newcomer brings a solid list of events to the week and serves as an anchor the Northern reaches of the fair.  It may not be not as big as the monolithic Fontainebleau  next door, but it brings the energy of the global Soho House brand, which recently opened lauded clubs in Los Angeles and Berlin. This hotel will host events for Nadja Swarovski and Craig Robbins; Jay Joplings’s London gallery White Cube; Blum & Poe Gallery; Victoria Miro Gallery; a Chloe fashion show; and W Magazine Event (hosted by Stefano Tonchi & Daphne Guinness).

W Hotel: Its lobby boasts museum-grade art from the likes of Damien Hirst, Christopher Wool and Tom Sachs and, in Mr. Chow’s, a restaurant with a strong art pedigree.  As a major collector, Aby Rosen seems to have built a hotel made for Art Basel Miami Beach.  This venue will host events for Larry Gagosian, Cecilia Dean’s V magazine, Aby Rosen, Vito Schnabel, Alex Dellal & Stavros Niarchos, and a reading by Steve Martin from his new book Object of Beauty.

The Raleigh: Chef John DeLucie of newly opened The Lion in New York City opens a restaurant at The Raleigh this week that should help to keep this classically beautiful hotel in focus after the departure of Andre Balazs.  This year the hotel will host a Vogue Lounge cocktail reception and Jeffrey Deitch will also reprise his Art Basel Miami Beach party under the aegis of MOCA Los Angeles with performance by LCD Soundsystem.

The Mondrian Hotel: The Mondrian, though on the bay side, is a huge resort with great views and a steady roster of events for the week, including those from Charlotte Ronson (with music by Alexander Dexter-Jones) and a Paper Magazine event for Shepard Fairey.

The Standard: The impact of Andre Balazs’s new Standard in New York on the scene is unquestionable and its sister property in Miami Beach, the Standard Hotel and Spa, keeps the momentum going during Art Basel Miami Beach. This property will support some of the most exclusive and significant events of the week within its expansive grounds such as  the US sea launch of The Aquariva by Marc Newson and a party thrown by Marina Abramovic and Another Magazine’s Jefferson Hack.

The Delano: The godfather of the Miami boutique hotel movement will host parties for MoMA PS1 and Interview Magazine as well as late night revelry from André Sarraiva’s Miami outpost of Le Baron in the Florida Room in collaboration with the Misshapes and Jalouse. 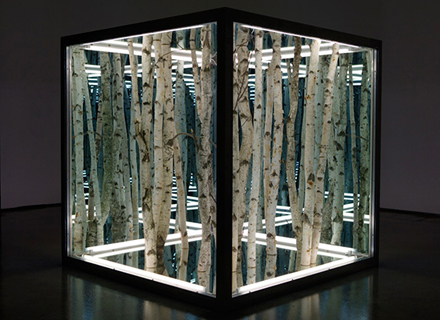 Birch Cube (2010) by Anthony James. Exhibited by Patrick Painter Gallery at the Art Basel, booth B20. 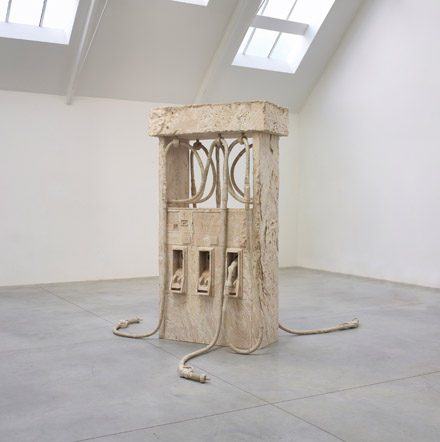 – Miami’s own OHWOW Gallery, in partnership with The Standard, Miami Beach opens its new store within the Standard including works by Scott Campbell, Dan Colen, KAWS, Terence Koh, José Parlá, Agathe Snow and others.

– Soho New York’s The Hole Gallery presents the the completion of Phase I of Wynwood Walls with four new murals by Ryan McGinness, Ben Jones, Dearraindrop and assume vivid astro focus (seen above).

– The Billboard Project launch: Reception for the artist Liam Gillick, who has been commissioned to produce artwork for billboards and bus shelters in and around Miami’s Design District and Miami Beach, at Locust Projects.

– BOFFO presents a night of music and performances by H.U.N.X.hosted by Annabelle Dexter-Jones, Arden Wohl, Casey Spooner, Johnny Misheff, Todd Eberle and others at the Lords South Beach Hotel.

– The “Island”: a one night, site-specific exhibition on a small island not far off the Mondrian Hotel organized by Shamim M. Momin, and Al Moran and Aaron Bondaroff of OHWOW gallery featuring works by Terence Koh, Justin Lowe, Hanna Liden and others. 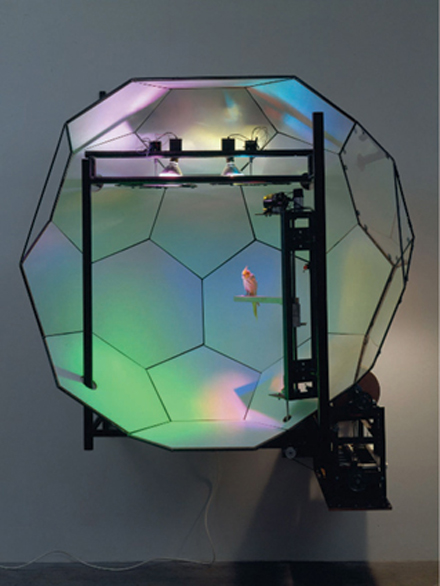 Most of the Week:

– The Rubell Family Collection will host a serious of breakfasts that will not doubt continue the tradition of  artistically abundant food styling.

– Creative Time will be presenting its Oceanfront Nights events beginning with its first theme, Detroit, on Wednesday night and will continuing on to Saturday with the themes Mexico City, Berlin and Glasgow respectively at the Oceanfront at Collins Park, between 21st and 22nd Streets. Turner Prize winning artist Martin Creed‘s band plays on Saturday.

– Broken Hearts Club: this Berlin-based ABMB newcomer takes a cue from Le Baron and sets up a pop-up party residence in the Townhouse Hotel through the week and into the late night featuring DJ sets by Peaches and nights hosted by the likes of Sam Keller. 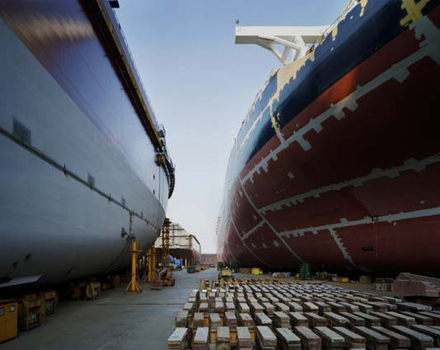 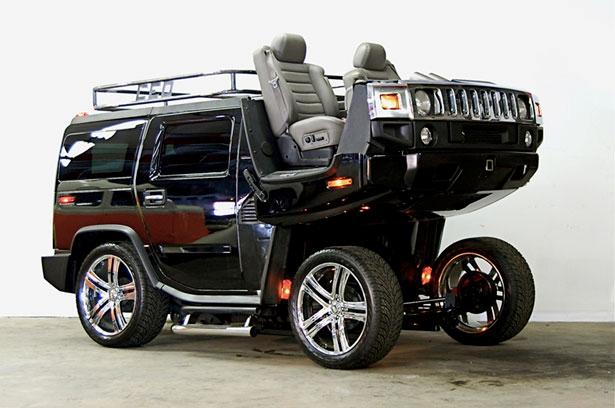 Jeremy Dean’s CEO Stagecoach, courtesy of the 21c Museum Hotel Collection in Louisville, KY, which will circle the Wynwood section of Miami during fair week.

This entry was posted on Tuesday, November 30th, 2010 at 7:13 am and is filed under AO On Site. You can follow any responses to this entry through the RSS 2.0 feed. You can leave a response, or trackback from your own site.