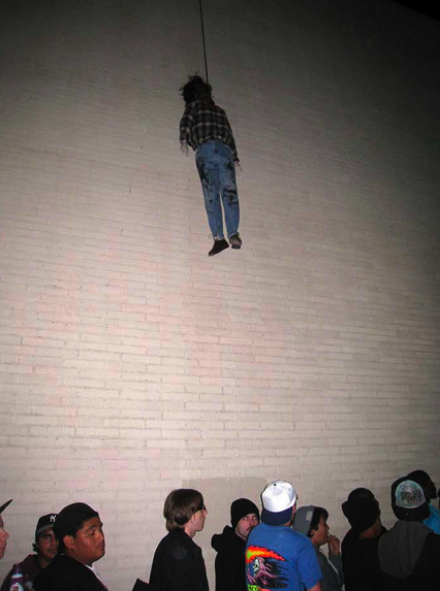 With “Into Darkness,” Neck Face imparts many layers of his wonderful psyche upon the OHWOW audience, including takes on violence, music, optimism and addiction. His acerbic, Pettibon-esque drawings remain engaging, as always, and are the highlight of the show. An intelligent coupling of this series with a selection of collage and large, text-based paintings with his imagery provided a balanced presentation of his work at the Los Angeles venue’s installation. OHWOW’s sophisticated and discerning curatorial decisions transcend the chaos-over-saturation possible in the undertaking of this Halloween debut.

More text and links after the jump… 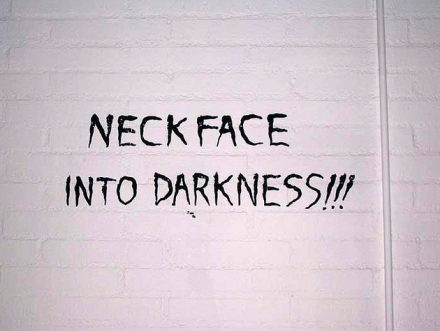 “Into Darkness’” staging as a Halloween event was weighted by the potential of a demotion of the show’s serious artistry and thematic content. However, it seems to have been embraced as an appropriately-entertaining and performative way to celebrate the graphic, expository nature of the artist’s aesthetic, showcased in part through a half-pipe built into the gallery that was eagerly utilized by costumed boarders. The opening provided a welcome energy suitable for the celebratory context in all its irony, and customary reversal of implications thereof. “Into Darkness” runs through November 20th at 101 S. La Brea, Los Angeles California, 90036. 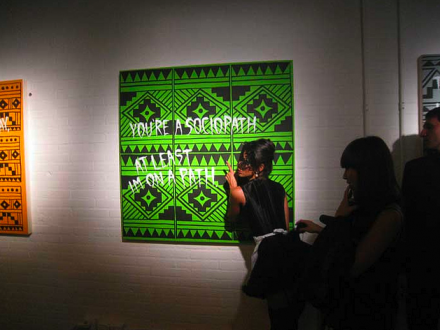 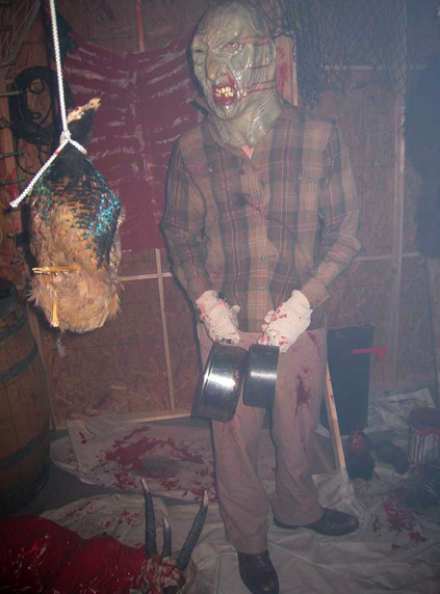 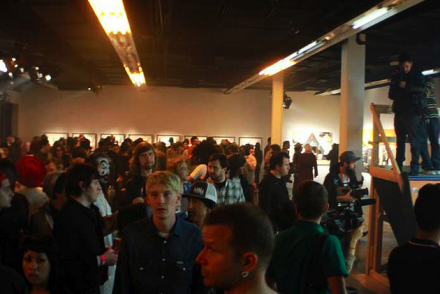 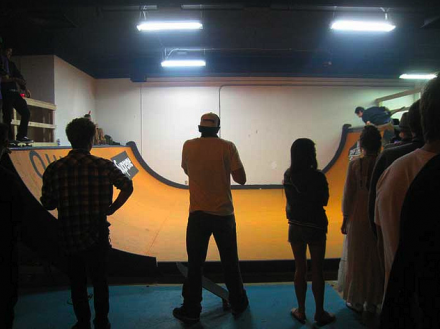 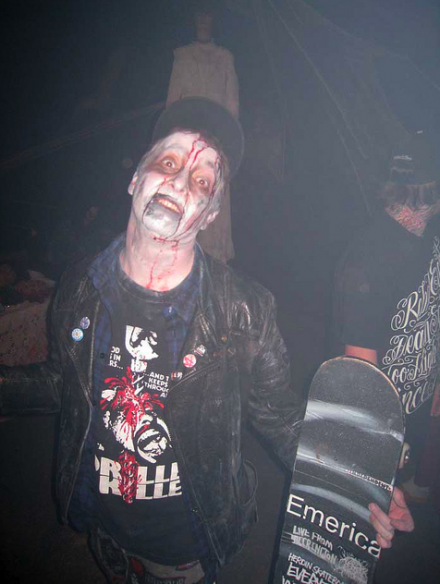 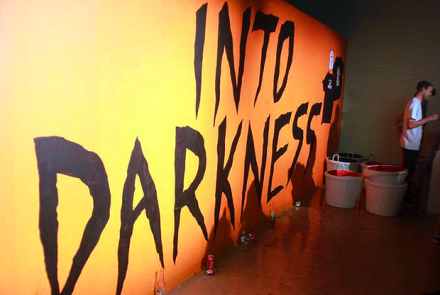 Entertainment Close-up March 15, 2011 SnagAJob.com, an online community of hourly workers and a provider of hourly workforce management solutions, announced that it has secured $27 million in Series C funding led by August Capital, a Silicon Valley-based venture capital firm whose partners have been founding investors in companies such as Microsoft, Sun Microsystems, and Skype.

Leading up to this significant investment, SnagAJob said it has achieved milestones such as:

-1,185 percent revenue growth rate over the past seven years -400 percent website traffic growth rate over the past five years -180 percent+ year-over-year job posting growth in the past year -Built a community of nearly 28 million hourly workers, growing by over a million every 60 days -New national clients include: Dollar General, ServiceMaster, Macy’s, and McDonald’s Moving forward, SnagAJob will use the new investment to expand its product portfolio, intensify marketing efforts and increase the size of its sales team.

“SnagAJob is working on a number of large-scale initiatives to make it easier for employers to both source great talent and to manage their hourly workforce in a more efficient manner, and we couldn’t be more excited to partner with August Capital to help us do that,” said Shawn Boyer, founder and CEO of SnagAJob.com. “August Capital consistently has invested in companies with solid business models and major growth plans to address a market need, and we are looking forward to working with them to address the largely underserved hourly marketplace.” According to a release, the companies that August Capital’s partners have backed represent an aggregate market capitalization of well over $250 billion, generate in excess of $75 billion in annual revenue and employ a quarter of a million people around the world. web site zulily coupon code

Eric Carlborg, who focuses on later-stage, growth companies for August Capital, will join the SnagAJob board of directors. He has broad investing, transaction and operating experience in private and public companies, and his current and past investments and board involvement include Blue Nile (NILE), Bodybuilding.com and Zulily, among others.

“August Capital saw an opportunity to invest in SnagAJob, a company that already has been a tremendous resource for America’s hourly workers and the employers that rely on them to run their businesses,” Carlborg said. “In its next phase, it’s looking to intensify its offerings for hourly employers, and we wanted to be a part of that growth that will lead to even happier customers through a one-stop shopping human resources approach.” In late 2010, SnagAJob noted that it started to expand its own workforce with a goal to double its employee base in order to address its large strategic initiatives. Now at roughly 210 employees, it expects to reach a headcount of about 300 people by the end of this year. SnagAJob continues to hire across numerous departments, including product, sales and marketing. Interested candidates should possess optimism, enthusiasm and a personal desire to succeed. site zulily coupon code

www.snagajob.com ((Comments on this story may be sent to newsdesk@closeupmedia.com))

This entry was posted on Tuesday, November 2nd, 2010 at 1:38 am and is filed under Art News. You can follow any responses to this entry through the RSS 2.0 feed. You can leave a response, or trackback from your own site.