The Philosophy of Andy Warhol (From A to B and Back Again)
(Andy Warhol, 1977)
Read More and Buy↠
Home » Go See-Abu Dhabi: RSTW (Rauschenberg, Ruscha, Serra, Twombly, Warhol, and Wool) from the Collection of Larry Gagosian at the Manarat Al Saadiyat through January 24th, 2011 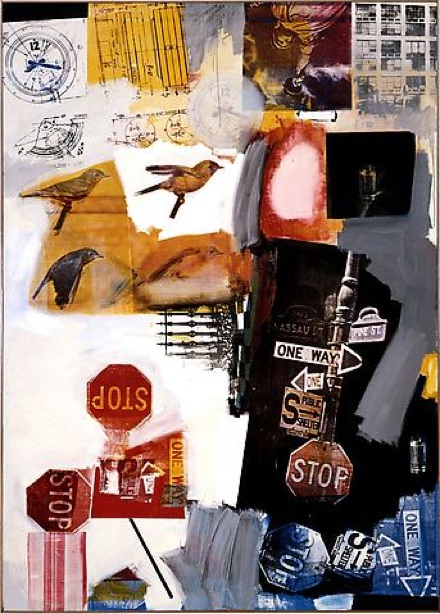 Currently on view at the Manarat al Saadiyat in Abu Dhabi is an exhibition of works from the private collection of prominent international art dealer Larry Gagosian. The show’s title, “R-S-T-W” stands for the names of six post-war artists – Robert Rauschenberg, Ed Ruscha, Richard Serra, Cy Twombly, Andy Warhol and Christopher Wool whose works are featured in the exhibition. The show includes 72 objects from Gagosian’s collection exhibited in a space run by the nation’s Tourism Development & Investment Company (TDIC). 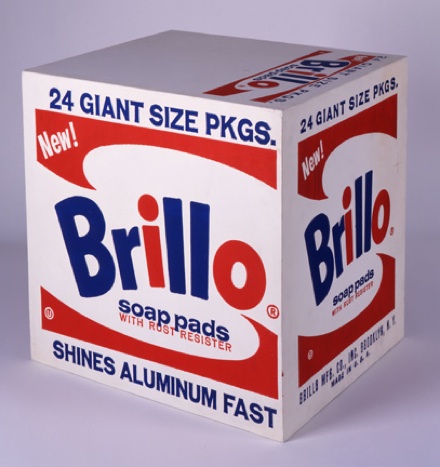 The exhibition offers an interesting opportunity to assess the personal taste behind one of the world’s largest commercial art enterprises. Highlights range from the roughly-contemporary to mid-century modernism’s heyday, and include Cy Twombly’s “The Rose (IV)” (2001), Christopher Wool’s “She Smiles at the Camera” (2005), Ed Ruscha’s “Robin” (1963), and Robert Rauschenberg’s “Overdrive” (1963, purchased by Larry Gagosian at Sotheby’s on the day before the artist died in 2008).

In addition to its exploration of the art dealer as a private collector, the show hopes to be a catalyst for growth within Abu Dhabi’s emerging global arts culture. “The creation of this show marks another key moment in the development of Abu Dhabi’s cultural ambitions. Our aim is to continue translating the cultural vision of Abu Dhabi and its leaders, HH Sheikh Khalifa bin Zayed Al Nahyan and HH Sheikh Mohammed bin Zayed al Nahyan. We have partnered with the world’s cultural institutions to organize and create exceptional exhibitions in Abu Dhabi but we are also committed to discovering and exhibiting private collections. Exhibiting for the first time the private collection of Larry Gagosian is another way to reemphasize the dedication of Abu Dhabi to offer our audiences new experiences,” said HE Sheikh Sultan bin Tahnoon Al Nahyan, Chairman of TDIC in a recent interview. RSTW thus takes place at a time when Abu Dhabi is making strides to advance its cultural program at Saadiyat Island, which aims to become an important global site for the exploration of art and culture. 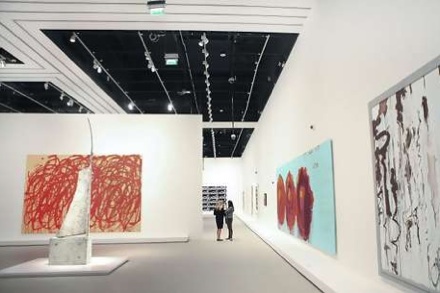 Visitors walk through the exhibition at Manarat Saadiyat, via The National

Fondation Picasso President Anne Baldassari was invited to interpret Gagosian’s collection as the exhibition’s curator. Organized alphabetically, the exhibit offers a glimpse into 20th century post-war American art, as well as the cultural mechanisms of collecting which have helped to shape its canon. The curatorial approach, which attempts to circumvent thematic or narrative orientation, allows the visitor to assess meaning and experience artistic impressions on a more personal level.

This entry was posted on Sunday, November 21st, 2010 at 1:00 am and is filed under Go See. You can follow any responses to this entry through the RSS 2.0 feed. You can leave a response, or trackback from your own site.