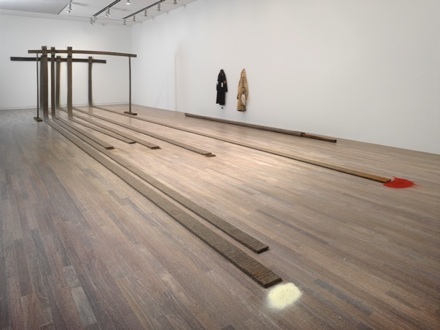 Joseph Beuys, Stripes from the House of the Shaman, 1964-1972. All images via Kunstsammlung NRW.

My objects are to be seen as stimulants for the transformation of the idea of sculpture…or about art in general. They should provoke thoughts about what art can be and how the concept of sculpting can be extended to the invisible materials used by everyone. – Joseph Beuys

As part of the Düsseldorf Quadriennale 2010, the Kunstsammelung am Grabbeplatz and Schmela Haus present “Joseph Beuys. Parallel Processes.” The two-part exhibition, which opened September 11, 2010, will remain on view through January 2011, culminating in a symposium on the life and work of the influential and enigmatic Social Sculptor. 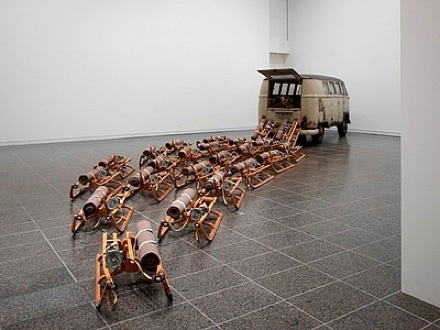 Among the nearly 300 works on view are ten major installations, several of which have not been exhibited publicly since the artist’s death in 1986. Stripes from the House of the Shaman (1964-1972), now owned by the Australian National Gallery, is also making its European debut. The work is composed of felt, wood, coats, animal skin, rubber tube, pamphlets, copper, and ground mineral pigments; materials which held for Beuys definite yet fluid metaphorical values, brought together under the conceptual banner of ritual. As Beuys explained, “My intention is … to stress the idea of transformation and of substance. That is precisely what the shaman does in order to bring about change and development: his nature is therapeutic.”

Ideas of genesis, transience, and ephemerality are also presented in The Pack (Das Rudel), shown here in only its third public appearance since 1976. The installation is comprised of a re-purposed automobile, birthing and towing wooden sleds bearing bundles of felt, animal fat, and flashlights. 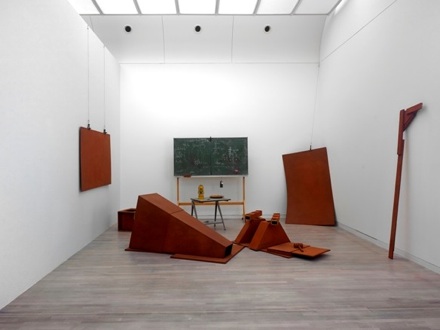 Vor dem Ausbruch aus Lager I (Before Breaking from the Camp) represents Beuys’ well-known use of chalkboards as interactive mediums, instructional vehicles, commemorative artifacts, and art objects. Curator Marion Ackermann sought to organize the works both chronologically and thematically, creating a web of intersecting and overlapping themes, motifs, metaphors, and materials. This approach aims to synthesize and integrate works ranging from monumental installations to preparatory sketches, performance props, photographs, and films. 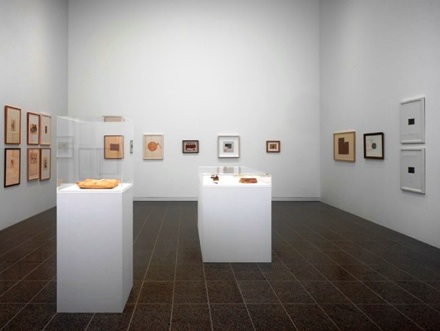 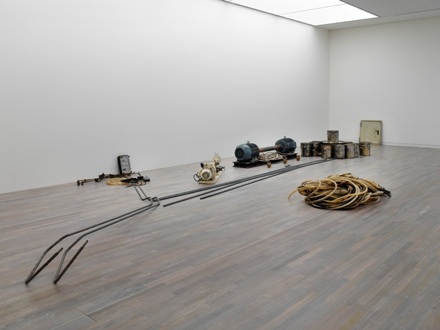 Joseph Beuys, Honigpumpe am Arbeitplatz (Honey Pump at the Workplace), 1977. 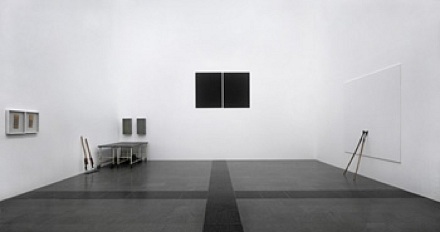 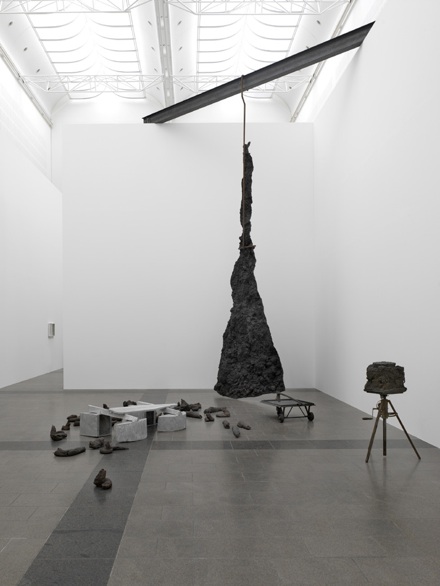 Beuys used particular materials and motifs as a repertory of stock players through which to cast and develop his own mythological narrative. Inert materials like felt and fat carried meanings which retained essential descriptive qualities while performing a variety of metaphorical functions. In the same way that characters like Harlequin or Mezzetin served as predictable-yet-adaptable vehicles in the unfolding of Commedia dell’arte performances, motifs like the Stag and the Hare were repeatedly employed by Beuys in differing contexts to express ideas about social activism and the history and future of art.

This entry was posted on Saturday, November 20th, 2010 at 7:56 pm and is filed under Go See. You can follow any responses to this entry through the RSS 2.0 feed. You can leave a response, or trackback from your own site.