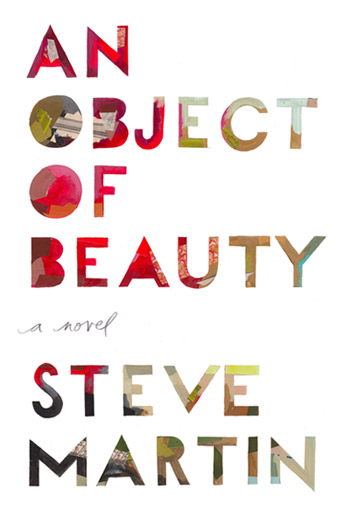 Steve Martin’s An Object of Beauty is a well-paced, entertaining novel about the inner workings of the blue-chip art world. The main character Lacey viciously climbs the New York art scene’s social ladder, as Martin attempts to criticize the superfluity of such major collectors, dealers, and artists. Sharing his own experience and expertise in the scene, Martin offers an insider’s perspective with real people and places–and the occasional sexual favor–with a spin of wit, informative and accessible. 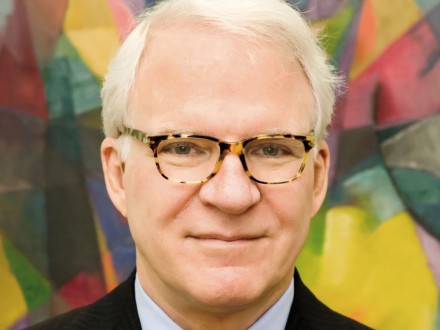 The plot moves along nicely, framed as a memoir-esque retelling of Lacey’s story by her good friend and “exactly once”-lover, Daniel Chester French Franks. Starting with their first meeting in college, Franks–a freelance art writer–tells Lacey’s coming-of-age. Taking the liberty of artistic license, he fills in her rise from gallerina to gallery owner, sex and drugs included.

Martin follows the ‘show, don’t tell’ mantra of contemporary writing as Lacey controls a room upon entry with a “practiced hair-flip.” In an interview with Good Morning America, Martin claims that Lacey has in fact “second tier” beauty, yet she is always conscious of heads turning as she rides her bicycle down the West Side bike path or walks through the Carlyle. On a business trip to Boston, her boss, Barton Talley, let’s her know precisely with whom to schmooze and we see her social skills in prime shape. In another conversation, she snidely tells her older-aged lover, Patrice Claire–who changed his whole wardrobe to fit her fancy–that he can “also lose the winking.”

Sex scenes range from passionless urges on ecstacy to an overly excited forty-something pleasuring Lacey, a late-twenty-something. On her bosses desk, under a Matisse, “slowly he lifted the cotton fabric until his head was between her legs.” Mr. Claire–the forty-something–soon drops six million dollars on the Matisse painting to set the mood for their next date, saying “‘With what it had seen, I couldn’t let it get away.’ Then they made love.” Yet Lacey keeps Claire in his place, and perhaps the fantasies of Martin as well– “I haven’t been felt up since high school.”

To fund her way to the top, Lacey includes Franks in a sketchy scene at Sotheby’s. As the most climactic plot line, it appears very minimally and ultimately fizzles out, along with another scandalous plot line involving Lacey’s boss. In her own words, “It would have been much more fun” if there were actually a crime.

Amid a few weaving plot lines of love and art, Martin noticeably tries to slip in as many metaphors and similes as he can. Bouncing marbles and expanding gases aside, Martin finally hits something in describing the irony of young academic artists: “It was as if a pitcher had decided it was gauche to throw fastballs but still threw fastballs in a mockery of throwing fastballs.”

The book in some ways is a users-guide to the history of the current art world, keeping it accessible to the average reader, yet unsatisfying for someone semi-artsy. Martin even worked with his publisher to include small prints of some of the works in the story. Going over the major artists and events, including 9/11 and the financial crisis, Martin gives an authoritative run down of the latest art via Hinton Alberg, “There are a hundred movements… ‘pale art… ‘high-craft OCD’… ‘low-craft ironic’… And don’t forget, “angry pussy’!”

This entry was posted on Tuesday, December 28th, 2010 at 4:20 am and is filed under Art News. You can follow any responses to this entry through the RSS 2.0 feed. You can leave a response, or trackback from your own site.