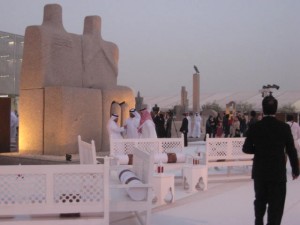 Inauguration of Mathaf, view from outside – All photos by Art Observed unless otherwise noted

Art Observed was on site for the inauguration of Mathaf: Arab Museum of Modern Art in Doha, Qatar. Under the presence of His Highness, the Emir of Qatar, Sheikh Hamad bin Khalifa Al Thani, art world luminaries, cultural dignitaries, and around 80 artists gathered together for the opening ceremony this past week.  Mathaf—Arabic for “museum”—is the first institution of its kind in the region focusing entirely on Arab art and creativity. The museum has been one of the most highly anticipated museums of the year and will open to the general public on December 30th, 2010. 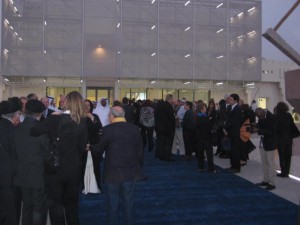 Mathaf inauguration, view of the museum from outside 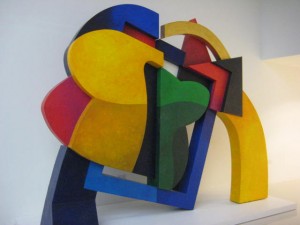 This unique institution is backed by Qatar royal Sheikh Hassan bin Mohammad bin Ali al Thani who is also vice president of the Qatar Museum Authority. As its name reflects, the new museum will focus on Arab modern and contemporary art from 1840 until the present and will feature an unprecedented collection of more than 6,000 works. The museum will temporarily occupy a former school building in Doha’s Education City redesigned by French architect Jean- Francois Bodin and will also serve as a research facility for artists and art students. 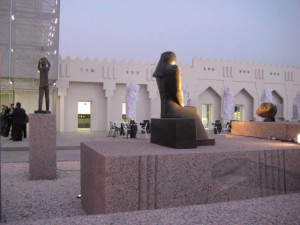 View of outdoor sculptures by Adam Henein and Ismail Fattah

Guests gathered outside before the museum doors opened and enjoyed live entertainment led by Yassin Alsalman  (a.k.a. The Narcicyst) under the title Identity Card: Who We Were, Who We Are. The compilation of musical performance reflected the opening week’s theme of the resurgence of Arab artistic expression through greater dialogue between the East and the West. 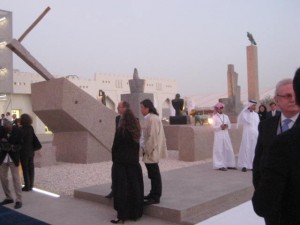 Mathaf Inauguration, view from outside

The museum opened its doors with its inaugural exhibition Sajjil: A Century of Modern Art, which features historic works of Arab modernism as well as newly commissioned works for the museum. In Arabic, “Sajjil” means the art of recording, a title which exemplifies the subject matter of more than 240 paintings, sculptures, and mixed-media installations on display as they reflect pieces of Arab history and culture over the last century.

Interventions and Told/Untold are two additional exhibitions held by Mathaf in conjunction with the inauguration. They can be seen at the Museum of Islamic Art and the Qatar Museum Authority’s new exhibition space. 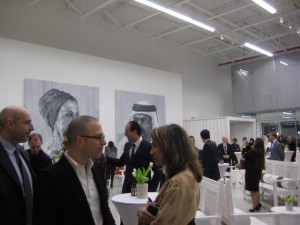 “Mathaf was born out of Sheikh Hassan’s profound, ongoing engagement with Arab artists and his desire to share their works with our own people and a global audience. This is the perfect illustration of our mission at QMA: to build understanding across borders and welcome the world to Doha. Mathaf fulfills this mission, and does so with the element of innovation toward which we always aspire,” said Abdulla Al Najjar, CEO of QMA in a recent press release.

The museum’s multipurpose facility intends to foster greatly anticipated dialogue and creativity between artists and cultural professionals within the Arab world and within the international art community. 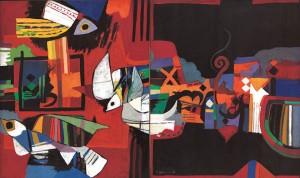 This entry was posted on Saturday, December 18th, 2010 at 1:27 pm and is filed under AO On Site. You can follow any responses to this entry through the RSS 2.0 feed. You can leave a response, or trackback from your own site.

One Response to “AO On Site – Doha, Qatar: Inauguration of Mathaf Arab Museum of Modern Art”